Life in Calgary as a Filipino-Canadian: Going from being seen to feeling like you matter | CBC News Loaded
Calgary·Q & A

Life in Calgary as a Filipino-Canadian: Going from being seen to feeling like you matter

Cesar Cala on the importance of going from being seen to feeling like you matter.

Cesar Cala on the need to be in 'the centre of things, not in the fringes'

Going from being seen, to feeling like you matter.

It can be a kind of path toward inclusion that many in Canada's minority communities hope to walk.

It's something Cesar Cala has wrestled with as he's found his own place in Calgary, as a Filipino-Canadian.

Cala raised this idea during a recent editorial-board meeting between CBC Calgary and some leaders from the city's Filipino community. It's something he says many new Canadians grapple with — the fight to not only exist within a community, but to be truly recognized as a meaningful voice.

Cesar has been in Canada for 25 years. He says he has a passion for civic engagement and community empowerment, and has worked with organizations like the Calgary Foundation and the United Way.

He played an important role in developing the Genesis Centre in Calgary's northeast, which has become a hub in that part of our city. He's also part of Fiesta Filipino — one of Alberta's largest cultural festivals and Filipino organizations.

We wanted to know more about Cesar's experience of, as he puts it, "First we exist, then we matter."

You can listen below, or read a transcription of the conversation that has been edited for length and clarity. 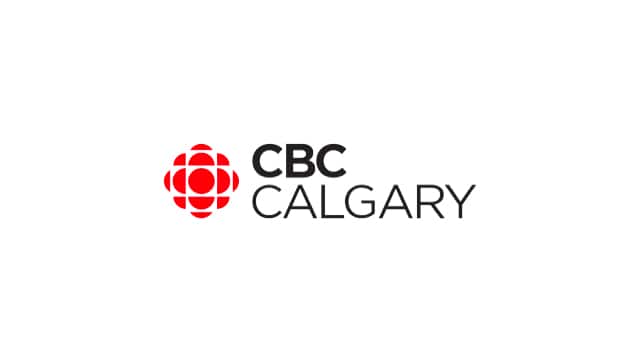 CBC News Calgary12:15Filipino Bureau: "First we exist, then we matter"
Calgary Filipino community leader Cesar Cala explores an experience that he says many new Canadians face. He calls it "first we exist, then we matter". It's the idea that it can be hard to be seen beyond a stereotype of your nationality. But that the ultimate goal is to bring a new, respected, listened to point of view to the greater community.

Paul Karchut: What do you mean when you say, "First we exist, then we matter"?

I've been working with a lot of diaspora communities, but also in larger communities. And it's always this spectrum of existence, wherein a lot of communities don't even exist in the minds of the broader community.

I think the Filipino community has gone — especially in Calgary, in Alberta — through that process by a lot of deliberate actions by the community, but also just the mere presence of the Filipinos in important aspects of our lives. People have started to recognize that Filipinos exist in Calgary.

But it's always been a glass ceiling for many, especially the more recently arrived communities, around (the thought), "Yeah, we exist. But we continue to be novel or exotic. And once in a while we're given, you know, some air time and people come out and taste our food and watch our dances and marvel at how great we sing. But do we matter in the larger scheme of things?"

That's why I really like what CBC is doing. So it's not just one isolated story, but really capturing the nuances and the diversity of the community so that you were not just kind of painted with just one brush, right? No, we are many things. And that's part of moving from 'Yeah, you exist' ... toward, 'Can we matter, as well?'

PK: When you first moved here, did you feel like you didn't exist?

Well, of course, we uprooted ourselves. So this sense of loss around rootedness and belongingness. There's a sense of whether you really want to stay here for a long time or not.

But even at that time, I was really curious around, let's not also insulate ourselves because we can be collectively isolated. And that's where this idea of cultural enclaves can actually calcify, right? And so when we had a chance to actually organize Fiesta Filipino, immediately, we said, "Olympic Plaza. The centre of things. Not in the fringes."

And I think by inserting ourselves into places that Calgarians identify as "mainstream", it helps reshape what that is.

PK: Once you get that recognition, how can you shift toward "we matter"?

Who gets (to sit at) those tables?

So far, for Filipino communities in Calgary, you could sense that they want to be understood.

They want to be acknowledged and we want to be seen for who we are and what we bring.

PK: Is there shame?

Well, I wouldn't call it a shame. It's more around the sense of is this good enough?

Is this good enough to be considered art? Is my opinion good enough to be part of the larger exchange of opinions? And oftentimes, you get the message sometimes, from the broader community, whether that's directly or not, that maybe you're not good enough. Maybe your opinions don't matter — that's why we don't ask you about your opinions.

PK: Mainstream media would play a big role in that. What role do we play in this?

Because as a public Crown corporation, your mandate is really to represent and to create opportunities for all Canadians to be part of this thing we call Canada. So that's why I think media is so important to how we highlight communities of colour; in what stories do they come in.

It's as if my only opinions are about diversity of cultural diversity. I am interested in urban sprawl, for instance. I have an opinion about that. So for her, you know, she didn't even realize that I am being pigeonholed because of who I am

This lack of actual deeper interaction between our communities and kind of the larger community.

PK: You say you lived in other places around the world as well. Was Canada a harder place to break into?

I wouldn't say Canada because I haven't experienced other places in Canada. But I would say initially in Calgary — it was hard.

So for instance, one of my advocacies is around temporary foreign workers.

Immediately, if you're a temporary foreign worker, what's your feeling? You're foreign and you're temporary. So are you of the same class? Even if you could, even if you take the pathway toward permanent residence and citizenship immediately, your sense is you're second-class.

PK: Having arrived here 25 years ago, do you feel like you matter now?

Yeah. I matter. I was part of the mayor's civic engagement committee for a while.

I'm almost kind of semi-retired these days. One of the things that I really want to do, if I have the time, is to write my thoughts and insights around that. Our impact. Our silent impact in the community.

PK: What does it feel like, to feel as though you've gone from that invisible self, to an existence, and now to feeling like you matter? Like you're actually making real change in the city?

Well, I think that there's still a lot of things that need to be done within our own communities.

Because I think that is not true for many Filipinos still. And so the work continues.

I have high hopes with our second generation because we've been here long enough that now we are second, third generation. My partner and I, we mentor a number of second-generation Filipinos. And one of the things that they share with us is that they don't feel totally Canadian, but they don't feel totally Filipino. Like, "Who are we? You know, we were born here. So we should have a sense of belonging here."

And so they're kind of in a limbo.

So that's that's what I mean.

Do we matter enough? Now that we know we exist, you see us, you see our nuances. Do we matter enough to be asked into conversations and discussions on things that shape the city? To move from this place where we exist — and that, in itself, is important — but really meaningfully to: We matter. We matter, as Canadians.