The Calgary Board of Education unanimously passed new policies in order to comply with changes brought in by the previous provincial government's Bill 10, as well as new gender guidelines crafted by Alberta Education this year.

The Calgary Board of Education unanimously passed new policies in order to comply with changes brought in by the previous provincial government's Bill 10, as well as new gender guidelines crafted by Alberta Education this year.

"This is really important, not only for our students, but also for our staff," said CBE chair Joy Bowen-Eyre. "We know that if a child and staff feels cared for — they feel safe and they feel like they belong — they're going to have a positive learning environment."

Bill 10 stipulates that a school must create a gay-straight alliance if a student requests it. It also enshrines protections based on gender identity and sexual orientation.

The gender guidelines provide best practices for how to accommodate trans children or staff at Alberta schools.

At Tuesday's meeting, the once-fiery issue of gay-straight alliances fell by the wayside as the issue of washrooms and who can use them — a central point of controversy in the guidelines — took centre stage.

Jackie Wu was one of the parents concerned that children will be allowed to use the washroom of the gender with which they identity.

"I don't even know what to say. I certainly feel disappointed, because I feel like the rights of children who are biologically female, who identify as female, their rights are being subordinated," said the mother of three after the meeting.

Speaking to the Calgary Eyeopener on Tuesday morning, Education Minister David Eggen said those fears have been overblown.

"We empower our teachers, our principals and administrators to make sure that rules are followed on a very practical basis," he said.

There are gender-neutral washrooms already in use in Calgary's schools and the minister said children ought to be able to use those, or the gendered washroom that conforms to their identity. 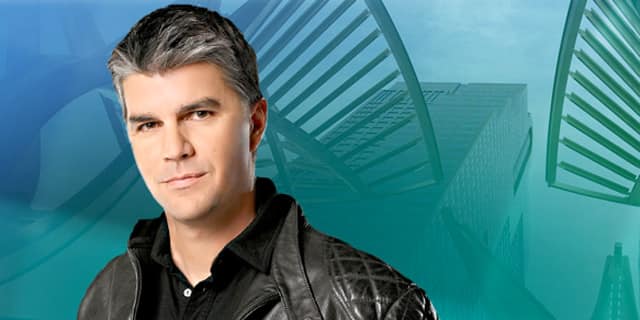 Calgary Eyeopener8:06David Eggen on Bill 10 policies
Education Minister David Eggen speaks with the Calgary Eyeopener about the school policies being drafted under guidance from the Alberta government to better accommodate and protect transgender students. 8:06

'No research to support that whatsoever'

Bowen-Eyre was more to the point when asked about parents who are worried about sexual assaults in washrooms and change rooms.

"I don't think that's a valid concern," she said. "There's no research to support that whatsoever."

She said the CBE has been following similar policies for years, but today's vote strengthens those existing practices.

Ace Peace is a current CBE student who was born female but identifies as male.

"There is the gender-neutral washroom, but it's not always the best choice and sometimes it's far from my class. I prefer to use the boy's washroom because that's what I am, I'm just a boy, I don't feel any different from other guys," he said.

That kind of openness and the support provided by GSAs is something that Jonathan Catena wishes was in place when he was at school.

Catena, who's now active in Calgary's LGBTQ community, was forced into online classes in high school after ongoing bullying.

One of the other contentious issues in the provincial guidelines is the recommendation that parents not be informed of their child's sexual or gender identity unless given permission from the child.

Parents argue it removes the rights of parents to be involved in their children's lives and that they should be informed if their children are struggling with their orientation or identity.

Catena supports the policy, saying it will allow kids whose families would not accept their sexual or gender identity to have a safe space at school.

"I feel that the student needs to be protected because I've had several friends of mine where they had come out to their parents and there was physical abuse after, physical and verbal abuse," he said.

"And I believe that a lot of that will be prevented with the guidelines, in homes that are like that."

Catena was there to lend his support, thinking there would be many loud voices of opposition at the meeting. That was not the case.

"I felt really good. I felt that the voices of logic, reason and positivity resonated a lot more in that room than the voices of fear, division and I guess you could say fearmongering as well. I feel like a lot of opposition to this is not rooted in facts," he said.

"It was very nice to see that there were more supportive voices than opposing voices."

The new CBE policies will be submitted in time for a March 31 deadline set by the provincial government.

Eggen said he has already received 36 LGBTQ policies from school boards across the province, plus 10 from charter schools and another 45 from private schools.

There are still many more to come.

"The deadline is the end of the day on Thursday and I expect all of them to be in," said Eggen.

With files from Evelyne Asselin and Robson Fletcher