This year's Blitz Day for the CBC Calgary Food Bank Drive helped push the total raised over the campaign past the million-dollar goal, raising $1,146,331 and counting.

Blitz Day ran from 6 a.m. to 6 p.m. at CBC Calgary featuring live broadcasts of the Calgary Eyeopener, Alberta@Noon and The Homestretch from our lobby.

The Calgary Eyeopener kicked things off at 6 a.m., with guests including:

At noon, Alberta at Noon took over the airwaves with its annual Christmas Music Request Show. Ghostboy played songs throughout the hour.

And at 3 p.m., The Homestretch took over the lobby. Rockabilly trio Peter and the Wolves performed a mix of Christmas Carols and their own tunes until 6 p.m.

There was an incentive giveaway from Katherine Duncan and the folks at CBC Music, plus, the winner of The Homestretch Holiday Baking Bracket was revealed with shortbread taking the title.

Those still wanting to give can come to the CBC office at (1000 Veteran's Place N.W.) until noon Dec. 24, and donations are being accepted online. 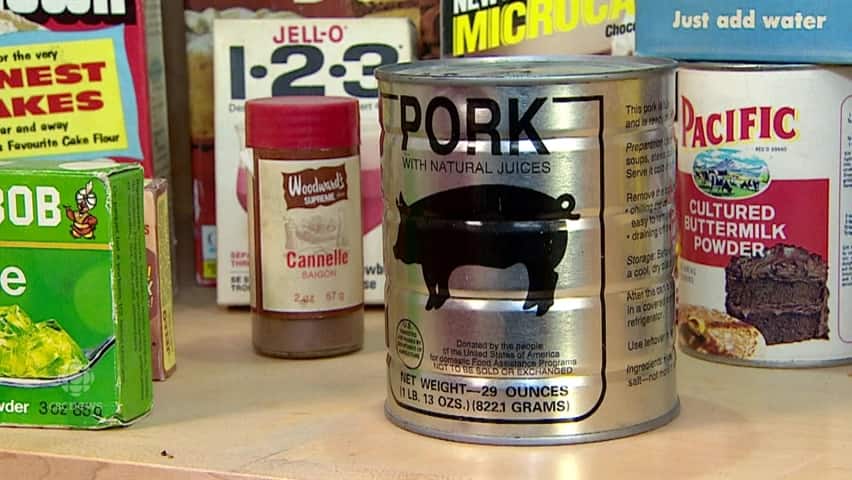 McAra says he's seen the profile of the typical food bank user change. In the mid-2000s, food bank usage was linked to migration — entire families would move to the province, hoping to get at least one good job and settle down.

But the higher cost of living caught a few people off-guard and they then reached out to the food bank.

"We're seeing more individuals, from all age groups, are finding it more difficult to keep their costs contained," he said, adding a recent report found being single can add about 20 per cent to living costs.

McAra isn't the only one noticing a difference in the food bank's clientele.

Jody Schilbe, who works with volunteers in the call centre, says on average they receive between 275 and 325 calls a day, with Mondays and Fridays being the busiest.

Schilbe says there is no judgment at the Calgary Food Bank. The organization exists to provide emergency food support for people who are in need of a little help —  and the entire hamper process is completely confidential.

"Don't be afraid," she said. "We're here to help. There's no judgment about what your situation is."

More than a million kilograms of food

Since its inception in 1985, the CBC Calgary campaign has raised more than $19 million to help feed hungry Calgarians.

This helped supply more than a million kilograms of food to 35 food banks in Alberta and across the county.

Here are the other ways you can donate online or in person and take part in the fun with the CBC Calgary Food Bank Drive.