Baillie the search and rescue superdog 'defies belief' with her skills

An Alberta border collie can scramble up and down ladders, rappel from ceilings and most importantly sniff out people buried deep in collapsed buildings many metres away — gaining an international reputation among search and rescue crews at home and abroad. 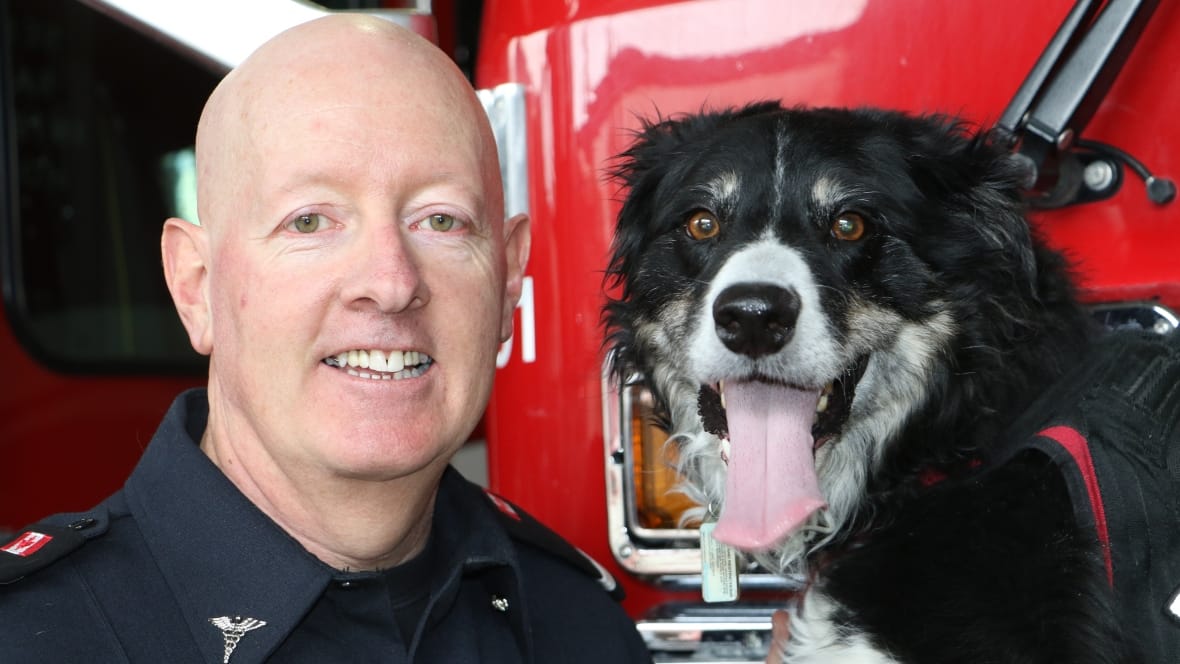 10 months ago
2:17
Baillie is a Canmore-based search and rescue dog. She goes into potentially unsafe structures after a disaster to find people, then she reports back to handler Kit Huffer by barking. 2:17

An Alberta border collie can scramble up and down ladders, rappel from ceilings and most importantly sniff out people buried deep in collapsed buildings many metres away — gaining an international reputation among search and rescue crews at home and abroad.

Baillie, a seven-year-old collie based in Canmore, has the job of going into an unsafe structure after a disaster and letting her handler know whether there are people inside.

"Baillie's job is to enter structures that have collapsed — from things like hurricanes, earthquakes, tornadoes, floods, explosions — and find live people for the rescue squads to extricate," says Kit Huffer, who is with Canmore Fire-Rescue as well as Canada Task Force 2, one of six national disaster response teams that are deployed locally, regionally, nationally and, at times, around the world.

"The nose on a dog still hasn't been perfected in the industrial world. What these dogs can do defies belief sometimes. They are lightweight, agile and able to smell people many, many feet away, buried very deep in collapsed structures."

"They are a force multiplier."

She's so good, she can even make a critical distinction.

"She's a non-discriminating air scenter. I don't need to have an article of clothing. She will tell me if she finds anybody. She's trained, to some extent, to discriminate between a rescuer and someone who is experiencing emotional or physical stress."

Even before Baillie was fully certified, she earned her reputation.

She was deployed during the massive flooding in southern Alberta in 2013.

"Canmore was one of the first and most impacted areas," Huffer said.

"We evacuated around 280 people in three or four hours very early in the morning. Baillie was a very young puppy, not yet certified, but searching to a high standard."

In 2015, a ruptured gas line caused an explosion in a residential Canmore community, which affected 16 homes.

"Six of those houses were too dangerous to put rescuers in," he said.

"It makes sure we aren't allocating resources where they are not needed."

In 2017, Baillie hit the international stage at a disaster response forum in Montreal attended by representatives of more than 50 countries.

"We showcased some of Canada's capabilities in immediate disaster response," Huffer said.

And on top of that impressive list of accomplishments, she's also a friend.

"She spends 24 hours a day with me. Sometimes, my wife says we are closer than the marriage. Baillie is an integral part of my life."

With files from Justin Pennell