For decades, some magic about Canmore has either created authors or spirited them away to live in the Bow Valley. 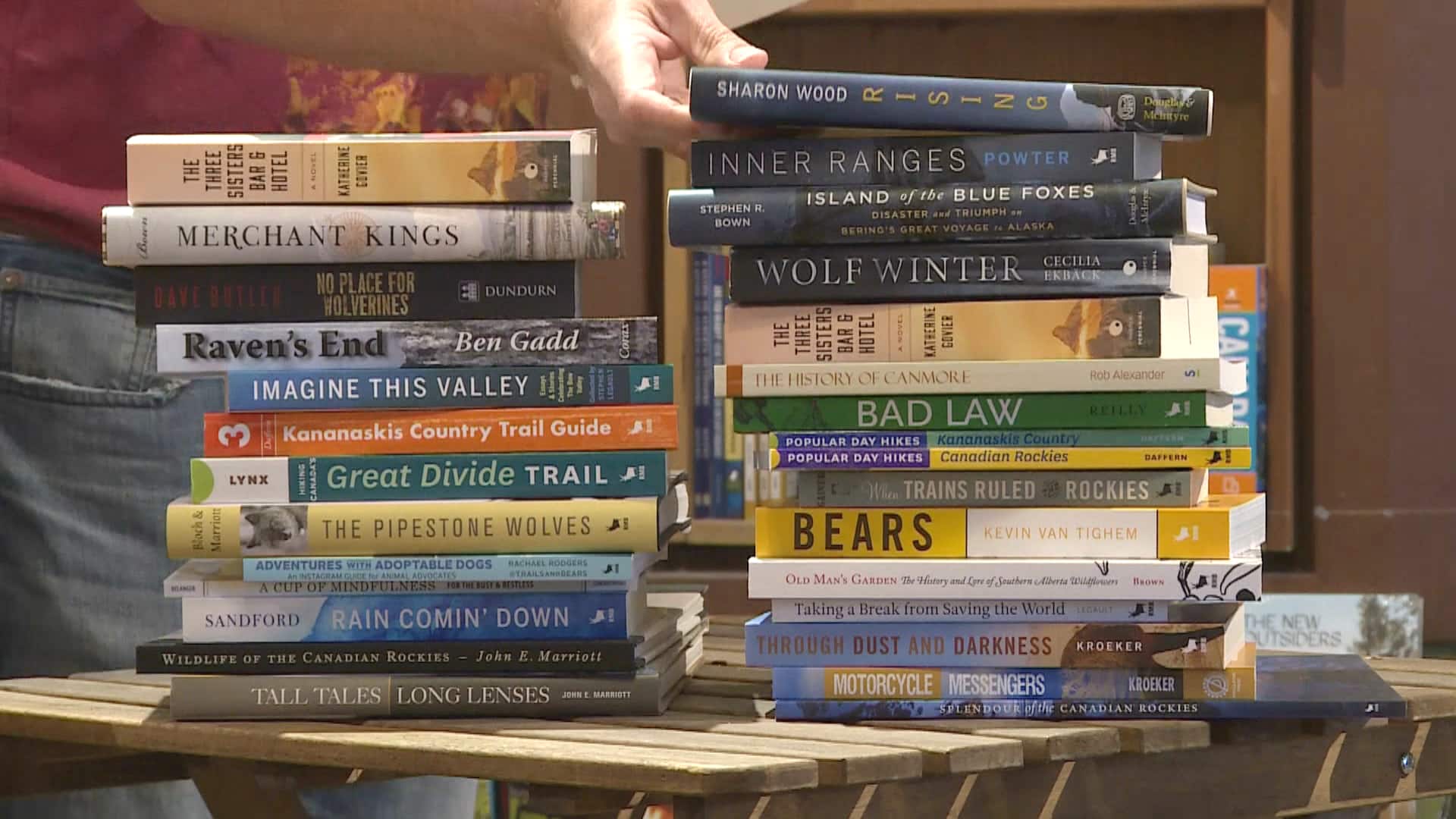 Why Canmore is home to so many published authors

29 days ago
1:58
Did you know there are up to 100 authors that live in Canmore? We take a look at why so many call the small mountain town in Alberta home. 1:58

If you were to wander into Cafe Books in Canmore, Alta., with a desire to read the work of a local author, you would likely find yourself spoiled for choice.

About 50 to 60 choices, in fact — and that's just what's currently on the shelves.

For decades, some magic about Canmore has either created authors or spirited them away to live in the Bow Valley.

The estimated number of authors in the town starts around 60 and inches all the way up to 100, depending on who you ask.

For context, the mountain town has a population of about 14,000 — which means that if the latter figure is most accurate, nearly one per cent of its residents write.

"But it's certainly something. There's an X factor there between the mountains and the authors."

Two Canmore authors who have experienced that X factor are Stephen Legault and Katherine Govier.

Both have enjoyed lengthy writing careers, and have published works that were inspired by the Bow Valley.

Legault's writing includes fiction novels such as The End of the Line, a murder mystery set near the Bow River in 1884, and coffee table books of his landscape photography, like Earth and Sky: Photographs and Stories from Montana and Alberta.

Meanwhile, Govier's 40-year career in publishing includes what she describes as big, researched novels that are often about artists, and sometimes about history. In 2016 she published The Three Sisters Bar and Hotel, a novel about newcomers arriving in Alberta in 1911.

She believes that creatives are both drawn to Canmore and made there.

"I think if you live in Canmore, you become an artist," Govier said.

"Many, many people take to painting and photography and so on because of the light. Becoming an author, maybe you come here with some ideas, and while you're here, you find you have the time and the inspiration to write."

As for Legault, who moved out west 30 years ago after writing for newspapers and magazines, the mountains allowed his work to sing.

"I was inspired by the landscape," Legault said.

"[And] it was really only after discovering this landscape that I found my voice, and was able to start using that voice to celebrate the place that I lived and the places I discovered while hiking and backpacking."

The Bow Valley, he said, is home to stories that go back thousands of years, and that inherently attracts interesting and creative people.

And that so many writers find inspiration in its rich history and landscape is unsurprising.

"I'm blessed to live on Treaty 7 landscape, and recognize that that's an important contribution to my own storytelling," he said.

"We are tapping into 10,000 years or more of stories, and we live within a landscape of stories."

Writers may also look to find a home in Canmore, the authors say, because of the Bow Valley's enthusiastic and developed artistic community.

The Banff Centre, the Whyte Museum, Arts Place, and even Cafe Books are places where writers and artists find like-minds.

"If you came here, if you thought you might write, if you started to write, it is possible to form relationships around that," Govier said.

"It makes you feel that writing is important, and writing builds community, and you can see that happening."

Some of Legault's work has drawn from that community.

For example, Imagine This Valley: Essays and Stories Celebrating the Bow Valley is a 2016 collaboration among 25 writers from the area to celebrate its landscape, culture, community and natural history.

"I think … [writers are] attracted to this place because of how it fosters creativity, and in part because they see in the community a place that they can relate to," Legault said.

"And writers and authors come together, artists come together, potters, sculptors, photographers — I mean, it's an incredibly vibrant community when it comes to all aspects of the arts."

Experienced authors in Canmore are also willing to share their know-how.

Nicky Pacas, the arts and culture co-ordinator for the Town of Canmore, said there is an openness and exchange of ideas and guidance between generations of writers.

And when Canmore's established writers help to nurture new talent, it creates more authors in turn.

"We have really great mentorship programs. So if someone was interested in becoming an author, there are so many open and welcoming authors ready to mentor new writers, [and] that the cycle just kind of perpetuates," Pacas said.

"The authors themselves have done a great job of inspiring others to participate in the literary arts … so I think really, the Town of Canmore doesn't need to be thanked for its work, but the authors have to be thanked for all of their work giving back to the community."

Legault's collaborative work, Imagine This Valley: Essays and Stories Celebrating the Bow Valley, is one example of established authors attempting to support younger generations in Canmore.

Its author royalties were donated to a fund for young people from the Bow Valley who wish to pursue writing careers.

The reality, Legault said, is that for all its beauty and inspiration and community, Canmore can push writers out, too.

That beauty comes at at a price that the arts cannot always pay.

"There's a tension that exists within the writing community — we want to stay here, we love this place, it's our inspiration, it's our muse. But at the same time, it's a very challenging muse to live with at times," Legault said.

"Creativity and inspiration fuels us, but sometimes it doesn't pay the bills. And the challenge, I think that a lot of creative people have, is if they want to spend their time creating full-time, they may have to go somewhere else to do so."

However, Legault said, even those who eventually move on from the Rockies are not likely to forget them.

The landscape, the inspiration, and the community endures.

"It doesn't mean that they leave the Bow Valley behind; it just means that it's in their heart, not necessarily outside their front door anymore."

With files from Vincent Bonnay