Racism in Canada thrives and pretending otherwise nourishes it, say people who live it

A Toronto-based journalist who walked away from a columnist gig at a major newspaper after protesting the controversial practice of police carding has written a book on anti-black racism. It pulls no punches and will likely not ingratiate him with Canadians who deny the problem exists in the first place.

A Toronto-based journalist who walked away from a columnist gig at a major newspaper after protesting the controversial practice of police carding has written a book on anti-black racism.

It pulls no punches and will likely not ingratiate him with Canadians who deny the problem exists in the first place.

"We are terrified to acknowledge what this country's history actually is and how that relates to the present," Desmond Cole told CBC News.

Cole wrote columns for the Toronto Star until he took a stand at a police board meeting on April 20, 2017, demanding police destroy data collected arbitrarily or using race as a reason to question someone.

After that meeting was adjourned, the newspaper told Cole his actions were against its policies and he walked.

But the writer from Red Deer, Alta., decided that a daily news cycle didn't give readers enough context to understand issues as complex as racism. So he set out to fill that gap.

The result is Cole's new book, The Skin We're In: A Year of Black Resistance and Power.

"I wanted to step back from a lot of the stories I get to tell a little piece of, and give people a fuller context," Cole said.

Every chapter represents one month in 2017 and a story that happened, he says.

"While I am telling that story for each month, I am also saying, here is something that happened to a black person in the education system but here is what has been happening over decades and centuries in our education system. Here is something that happened to a black child in the child welfare system, but here is the history in terms of policing, immigration. Helping my readers who might hear these stories as one-offs to get a much broader picture of black life and struggle in this country."

Cole says the topic makes a lot of Canadians squirm, so we tend to look south to the U.S. to shift the conversation.

"It is more important for us to focus on what is happening here and to get over the shame and fear that maybe things are actually quite troublesome here," he said.

"We can't address problems if we don't name them."

A Calgary-based public speaker, social activist and comedian says Cole's book is a much needed breath of air, fresh or somewhat less than.

"I am thankful Desmond has written this and put himself in a place that allows for this conversation to expand," Adora Nwofor said.

"It is across Canada. It is not just in one place. If you are not naming it, we will never be able to fix it."

Nwofor says even the term "person of colour" has evolved because some don't want to have the toxicity of anti-black racism applied to them.

For some people, BIPOC is a more comfortable self-identification. That stands for black, Indigenous and people of colour.

"People of colour will separate from that terminology: Asian people, Aboriginal and Indigenous people. Because they don't want to be in anti-blackness, because it is insipid, it is the gauge for oppression."

An Edmonton-based activist and historian says taking an honest, ugly look at the past is the best place to start in the present.

Bashir Mohamed says many Canadians could be forgiven for knowing more about U.S. civil rights struggles than our own.

In Alberta, there are three civil rights cases that are not well known but on the same scale as incidents we learn about in the United States.

"There was Charles Daniels in 1914 Calgary, sued the Sherman Grand Theatre for trying to change his ticket and put him in the blacks only section. In 1922, there is Lulu Anderson, who did the same thing in Edmonton. Unfortunately she lost her case. In 1959, Ted King fought against a Calgary motel's racist policies," Mohamed said.

"So we have that history here. I think the side-effects of not knowing about it does two things. We deny that we have even had this history, which makes it hard to grapple with the fact that we still have problems now."

The mother of an 11-year-old boy who was accused of gang affiliation for wearing a do-rag to his school says the incident was race-related.

The board denied the racial element but apologized for confusion and lifted a ban against the mother after police were called to a school board meeting last September.

"A lot of the public comments were dismissive, saying we don't have these problems."

"People are defensive, they think I am pointing a finger at them personally," he said.

"If you live in a country where being white privileges you over others, you don't have to like that. I don't like it, as a black person."

But there are differences, including how people are treated in media reports, he says.

"Every time something bad happens to a black person, we are told it is our fault, we are not trying hard enough, we are more deviant or criminal than other people. I don't like that reality."

Meanwhile, Nwofor says she's done waiting for other people to step up.

"The place to start is by naming it and humility. If you can't be humble in hearing what this is and accepting that it is a thing, it's going to be a fight," Nwofor said.

"People have to show and acknowledge what this country really looks like before we can change it. Read about what we are doing and then get behind us. Find the ways you can support these struggles in your own communities. Struggles around police brutality are in every community. You don't have to go somewhere else to make a change." 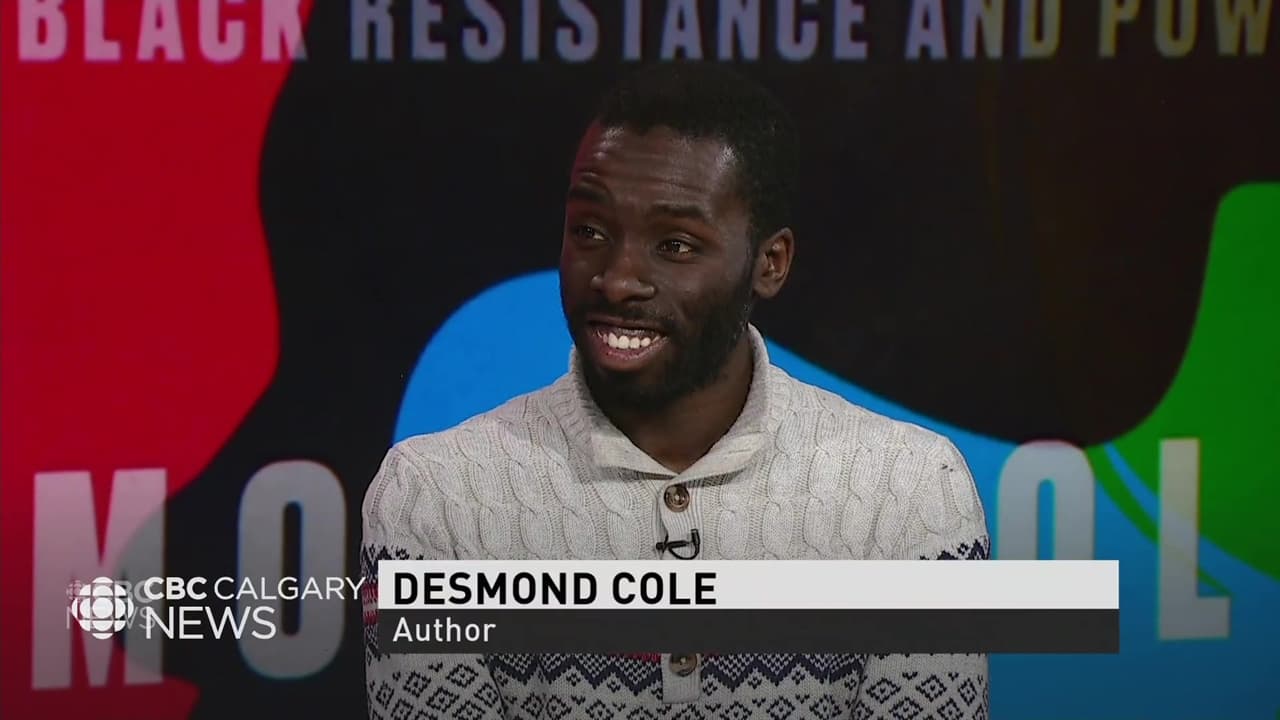 ‘Context is really important’: Journalist Desmond Cole on his new book The Skin We're In: A Year of Black Resistance and Power

10 months agoVideo
8:53
‘Context is really important’: Journalist Desmond Cole on his new book The Skin We're In: A Year of Black Resistance and Power 8:53