A chocolate festival, animation and Zoolights: Entertainment in Calgary this weekend

There are a few festivals — including some involving chocolate and animation — happening this weekend, as well as the start of Calgary Zoolights. Plus, if you want to head out of the city, Santa will be at the top of Sulphur Mountain in Banff.

There are a few festivals — including some involving chocolate and animation — happening this weekend, as well as the start of Calgary Zoolights. Plus, if you want to head out of the city, Santa will be at the top of Sulphur Mountain in Banff.

It's a weekend full of cozy winter entertainment options, brought to you by The Homestretch's Ellis Choe. 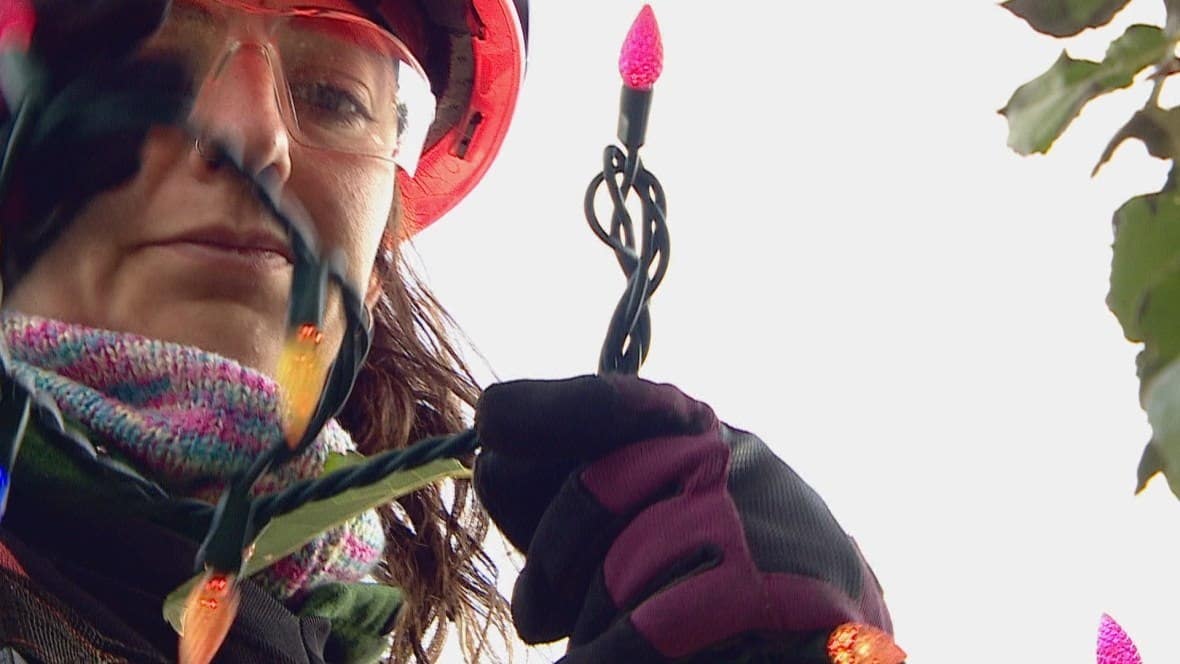 Zoolights: Setting up the annual display (2019)

1 year agoVideo
1:37
So. Many. Lights. Could you imagine wrapping all of them! We tagged along to find out how the Calgary Zoo gets it done. 1:37

It's the 24th year of Calgary Zoolights, which kicks off Friday and runs until Jan. 3. Each evening, it starts at 5 p.m. and goes until 9 p.m.

Timed tickets are required in advance — no tickets will be sold on site — so head to Calgary Zoo to get your tickets and more information.

Meanwhile, the town of Okotoks is also lighting up and launching a light tour Friday night. The whole town will be decorated with lights.

And, the community of Legacy down in the south end of Calgary is setting up one of the city's largest free light displays. There will be more than a million lights on parks, playgrounds and trees.

The 16th annual GIRAF festival kicks off today. GIRAF stands for Giant Incandescent Resonating Animation Festival, and GIRAF celebrates the best of independent animation — locally, across the country and around the world.

"It's hard to pin it down to one, but we're showing a feature film from Christiane Cegavske called Blood Tea and Red String. This is a stop-motion animated film shot on 16 mm [film]," said Ryan Von Hagen, co-programmer of the festival.

"It's filled with like, fantasy, amazing ritual and sensation, all done with 3D puppet animation. We're really excited to showcase that."

The festival runs until Nov. 29. Go to GIRAF for tickets and information.

In the mood for more film this weekend? Then check out the 15th annual Marda Loop Justice Film Festival.

This year, the festival will be online and available throughout the whole province. Every film is free and includes a digital interview with featured guests and film directors.

There's a chocolate festival this weekend at Granary Road, featuring Chocolaterie Bernard Callebaut, a chocolate shop and a kid-friendly event dubbed Goat Tales, where kids can play with goats while listening to a children's story.

Sign up ahead for that sweet treat, as well as for chocolate terrarium making.

One is called The Hitchhiker by Camille Pavlenko and the other is called The American by Indigenous artist Tara Beagan, inspired by a Blackfoot urban legend.

"The Hitchhiker is … that sort of classic hitchhiker legend where, you know, you see somebody who's in distress or shouldn't be on the side of a lonely kind of highway, pick her up only to realize that she's something other than what she seems," said Craig Hall, artistic director of Vertigo Theatre.

"And then The American is actually based on the Blackfoot urban legend about a man dressed all in black, who basically steals souls."

The official livestream opening is Thursday, but it's in a podcast format, so you can download it and have up to a year to listen to it. Go to Vertigo Theatre for tickets and more information.

Santa in the mountains

If you head to Banff and take the gondola up Sulphur Mountain, Santa will be waiting with his elves.

There will be cookie decorating, craft making, and physically-distanced photos with Santa.

If you get there before noon, kids ride free. This event launches on Saturday and goes every weekend through to Dec. 19.

Closer to home, Heritage Park is hosting a brunch with Santa on Friday and on Saturday morning. Guests eat brunch while St. Nick tells stories, and you leave with Heritage Park's decorating kits for gingerbread men.

You can show up in person or livestream it through NMC's Facebook page.

With files from Ellis Choe