Plans that call for polar bears, seals, Japanese snow monkeys and a new tiger exhibit were unveiled Thursday as part of a major renovation of the Calgary Zoo.

Prehistoric park, which features dinosaur statues, will be phased out 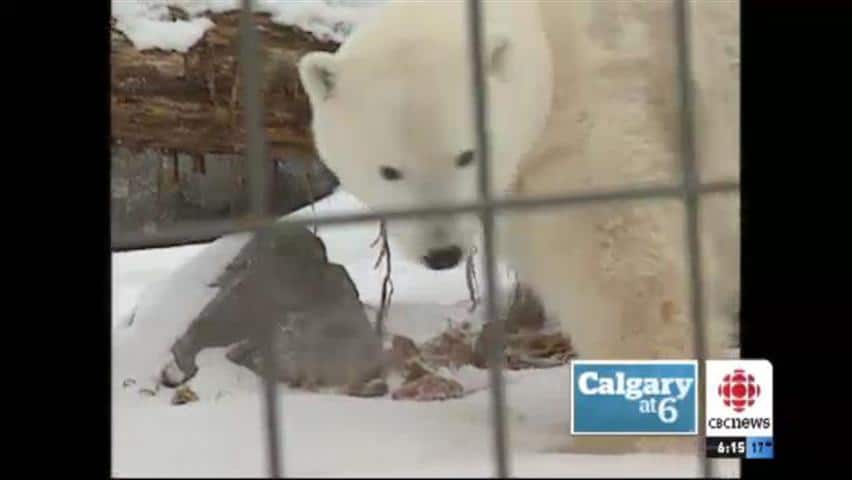 8 years agoVideo
2:09
Prehistoric park out, polar bears back in - just a couple of the major changes coming to the Calgary Zoo.. 2:09

Plans that call for polar bears, seals, Japanese snow monkeys and a new tiger exhibit were unveiled Thursday as part of a major renovation of the Calgary Zoo over the next 20 years.

Zoo officials say the changes will allow for more interaction between people and animals at the city's most-visited tourist attraction.

The prehistoric park, which features dinosaur statues, will be phased out.

The elephants will soon leave to make way for a giant panda exhibit. Two giant pandas currently in Toronto will arrive in Calgary in 2018.

Zoo CEO Clement Lanthier says visitors will also be able to feed a giraffe or walk through glass tunnels as seals swim around them.

"If you're going to a zoo and you're not feeling something, it's just like looking at a pamphlet or looking at your internet screen or computer screen," he said. "You need to feel something."

Zoo visitor Craig Pawlyshyn said he is excited about the chance to see polar bears up close.

"I think it would great to like take little ones so they can see something like the polar bear," he said.

But the controversial polar bear exhibit at the Calgary Zoo closed after the death of Misty in 1999. The bears were on the drug Prozac to control their erratic behaviour.

"The exhibit that you refer to, and maybe some Calgarians are familiar with, was from another time," said Lanthier.

"It's like if you compare the time we kept lions, [they] were in very small cages and were also pacing. Go and experience the lions today. They're very calm because the space has been designed and the animal has been managed very differently."

The zoo will begin fundraising for the $162 million first phase of the renovation immediately.

A conservation group says the Calgary Zoo should stop trying to focus on what it calls "box office" animals.

The zoo says it's a matter of conservation, but Rob Laidlaw with Zoocheck says these animals are all about drawing in an audience.

"That's the driving force behind many of the zoos in North America and I think the claims [of conservation are] to the contrary, particularly with regard to polar bears, I think that's utter and complete nonsense," he said.

Laidlaw says these exhibits are all about pulling in money.

"So I don't think it's a good way for the Calgary Zoo to go."