Vic Halase has 'always liked the unique and the different,' his daughter says

He retired in 1988 and planned to restore vehicles, but his eyesight was fading so he couldn't see to fix the cars. 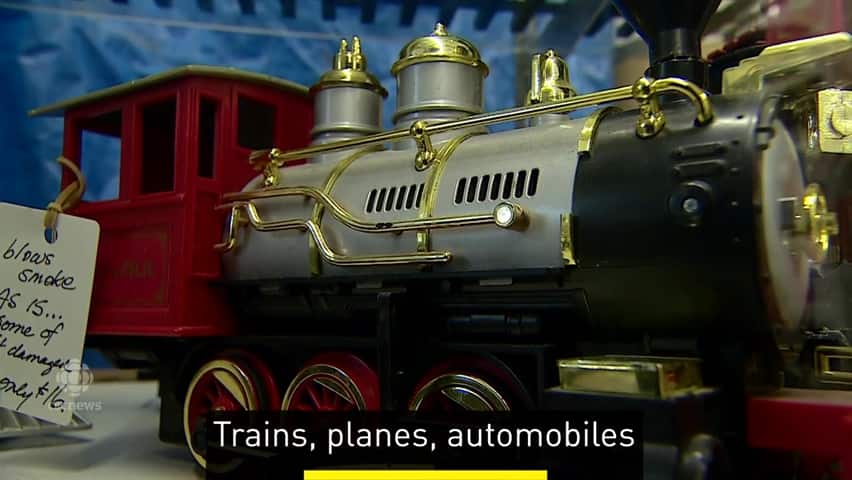 "I think he needed something to do, so he just started collecting cars and trucks," his daughter, Vicki Reed, told the Calgary Eyeopener.

"And it's just kind of blossomed from there, because whatever he likes, he buys."

On Friday, she'll launch a four-day estate sale of the items. It's being held at 4850 35A Street S.E. in the Eastfield industrial area.

"He just has decided it's time to get rid of everything he doesn't need," she said. "When you get to a certain age, you start thinking you should start doing that."

Reed has helped her father over the years display his items in glass cases in two rooms above a shop, which became like a home museum.

Born in 1929 in Drumheller, Alta., Halase's collecting habit began after he left school at age 16.

He sold shoes and rode the rail, picking up truckloads of Coca-Cola by hand to take to Calgary to sell. He later became a truck driver and started his own business, and became an antique vehicle hobbyist.

Since he started his post-retirement collecting spree, he hasn't sold a thing.

Halase used to frequent garage sales, always coming home with a new surprise to start a new collection. He liked to travel, too, especially to Las Vegas. Most of all, he liked people and having them enjoy his finds.

"It's mainly Dad's interests, so I mean, there's a lot of things," Reed said. "He's always liked the unique and the different."

With files from Lisa Robinson, Monty Kruger and the Calgary Eyeopener.