Calgary Stampede exploring what events it could hold this July

The head of the Calgary Stampede is pointing to the recent successful staging of the National Finals Rodeo in Texas as proof some events could be safely held at Stampede Park this summer.

Health restrictions will rule but president says rodeo may be possible

Could the Calgary Stampede be back in the saddle this summer?

The head of the Calgary Stampede is pointing to the recent successful staging of the National Finals Rodeo in Texas as proof some events could be safely held at Stampede Park later this year.

"We're going to do our best to make sure we can have a celebration in July 2021," said Dana Peers.

At least three scenarios are being actively explored.

"Within those scenarios, there's a number of options so ... we're trying to think outside the box."

But he said it's complicated because it will ultimately depend on what health restrictions will allow or prohibit.

The Stampede is already having conversations with Alberta Health Services on how to hold safe events.

Last summer's Stampede was cancelled due to the COVID-19 pandemic. 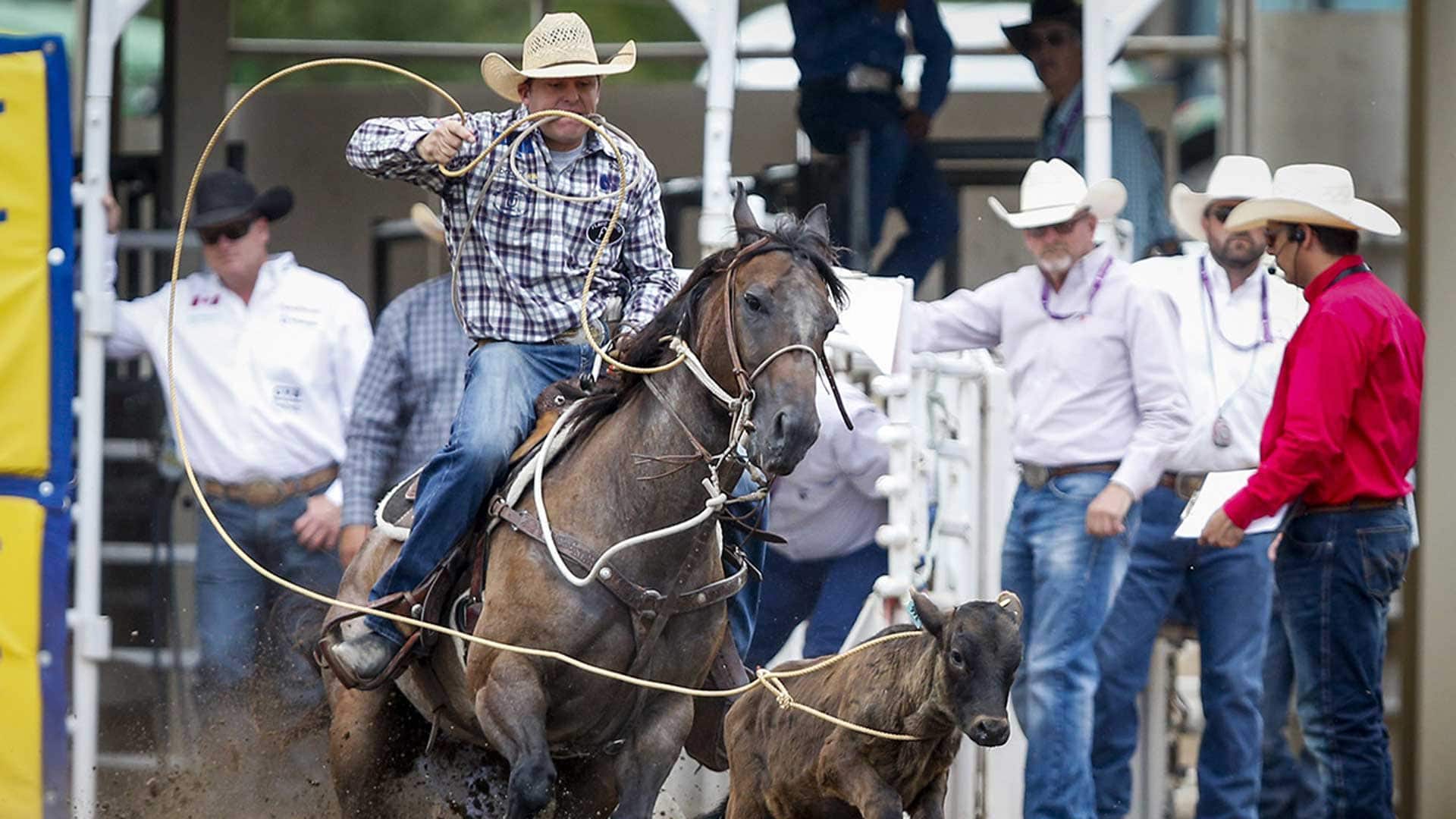 9 months agoVideo
1:16
The COVID-19 pandemic has forced the cancellation of the Calgary Stampede for the first time in more than a century. 1:16

At the heart of the Stampede is its world famous rodeo — one of the most lucrative stops on the rodeo circuit.

"We're watching how others are approaching it and certainly, trying to learn from that," he said.

He points to one potential advantage the Stampede has: its large amount of outdoor space.

Stampede Park covers more than 200 acres or 80 hectares of land.

While some elements of the annual festival in July have traditionally been held indoors, much of it happens outdoors whether there's rain or sun.

"We're thinking about how we can use that space differently in order to make sure we can social distance and have a safe celebration in July," said Peers.

While the annual event was cancelled in 2020, it happened under different circumstances as the pandemic had only been declared the previous month.

Peers said the Stampede hopes to have a decision on this year's event sometime in March because it's well aware of how important the event is across the entire city.