A widely shared video on social media depicts a tense confrontation between a 21-year-old man and Calgary police officers after bylaw services were called to the Southwood community rink on Thursday.

A widely shared video on social media depicts a tense confrontation between a 21-year-old man and Calgary police officers after bylaw services were called to the Southwood community rink on Thursday.

Despite signage posted at the site, police said more than 40 people were using the outdoor rink — breaking gathering restrictions intended to prevent the spread of COVID-19.

In the video, the man inquires why he is under arrest.

"I just told you. You're going against the health regulation in Alberta," one officer said.

"What is it? What's the health regulation?" the male said.

Outdoor skating rinks are allowed to be open, per new provincial restrictions announced by the province earlier this month. Skating rink operators are responsible to set maximum levels of participation, and skaters must maintain physical distancing. 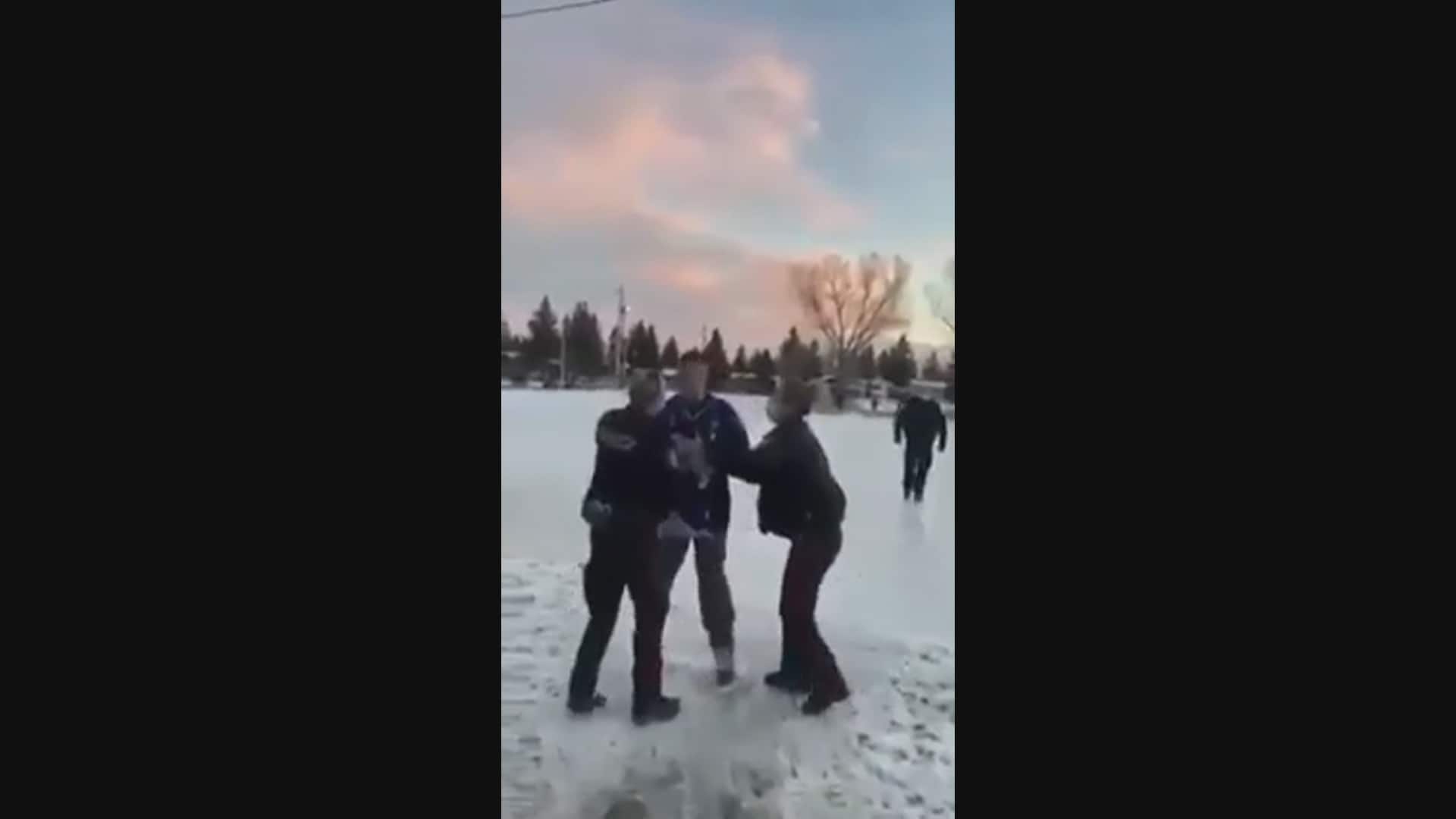 1 month agoVideo
4:18
In a portion of a video widely shared on social media, Calgary police arrest a man who refuses to leave the ice at the Southwood community rink and skatepark. 4:18

In the video, bystanders tell the skater to leave the ice and stop talking. With a Taser in hand, one officer tells the man that he is under arrest and attempts to grab him by the arm.

"Why are you guys grabbing me?" the man asked.

One officer kneed the man in the leg, as they both attempted to bring him to the ground.

"Get on the ground before I ... Taser you," one officer said, using an expletive.

Two minutes pass before the officers finally take the man to the ground and arrest him.

Calgary police said in a statement on Saturday that the man was arrested for obstruction of an officer and resisting arrest after allegedly trying to avoid a ticket by refusing to identify himself.

"This video only shows a portion of what was a long interaction," the statement said in part. "The arrested man was asked multiple times to comply with the restrictions."

The video provoked a range of reactions on social media, including on a Southwood community Facebook page.

"The place we want to be as the police service is just one where we can have those conversations, work through these things and show that we will not tolerate people that don't want to willfully comply," Ayliffe said.

"But we also want to make sure there's compassion when we deal with people who are trying very hard to get through a very difficult time." 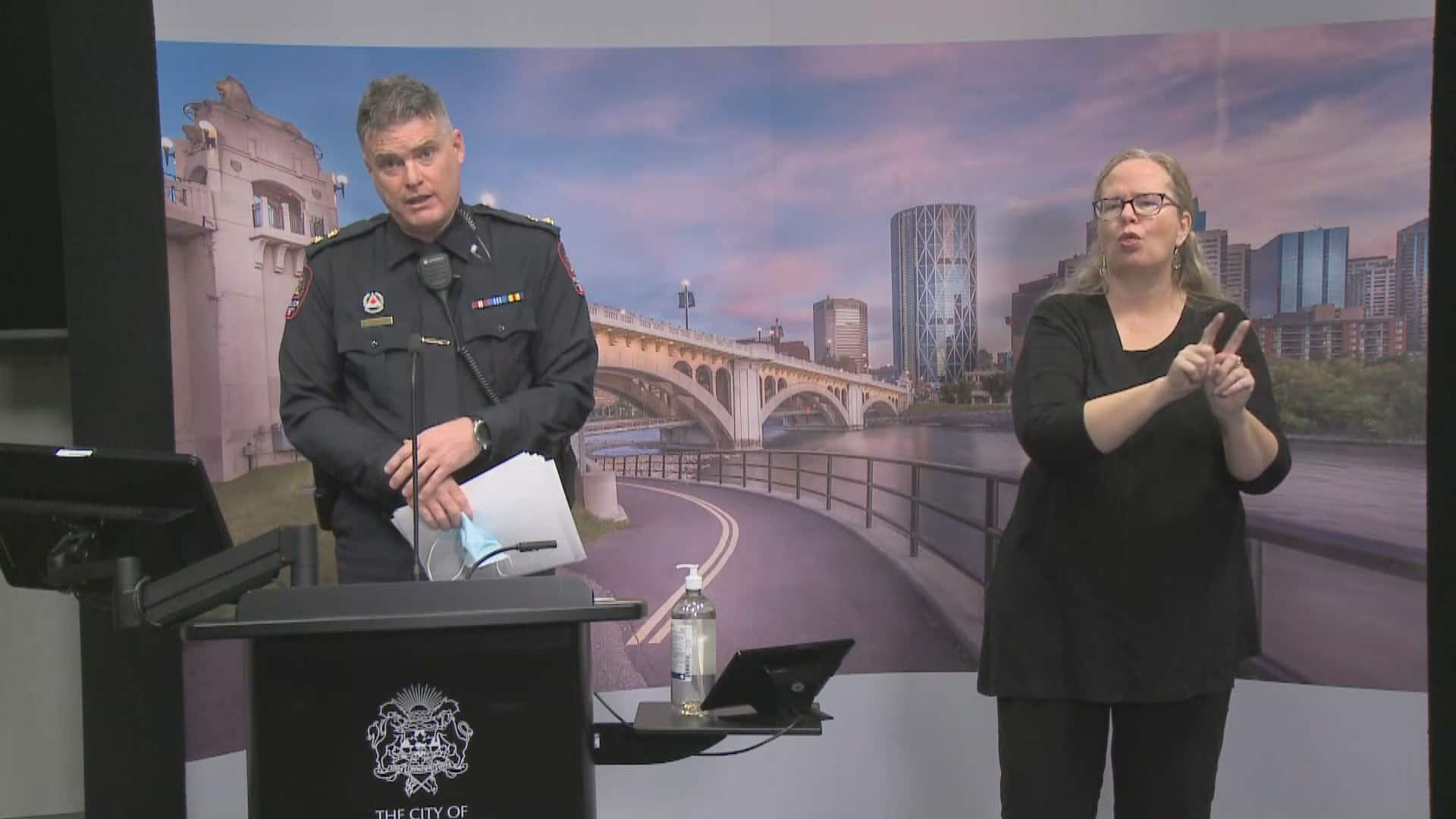 At the same news conference, Calgary Mayor Naheed Nenshi said outdoor rinks are open and residents can visit the rinks with their family cohorts.

"If there are other people on the rink, you don't have to go home. You can still stay out there. You shouldn't really start lots of big games of pick-up hockey with people around you," he said.

"There's no hard and fast rule on how many people can be on the rink, but it's one of those things like the [U.S. Supreme Court] said about pornography — you know it when you see it."

Calgary officers have issued 11 tickets this past week for violations of provincial public health orders, along with nine tickets for non-compliance with the city's mask bylaw.

In a post on Facebook, the Southwood Community Association said it had posted signs regarding rules at the rink and skate park and asked that residents "please, please, please respect one another during this time."

"Let's build our community up rather than tear each other down," the post reads.