The province says plans are underway to restore the sandstone façade at the historic downtown Calgary building. 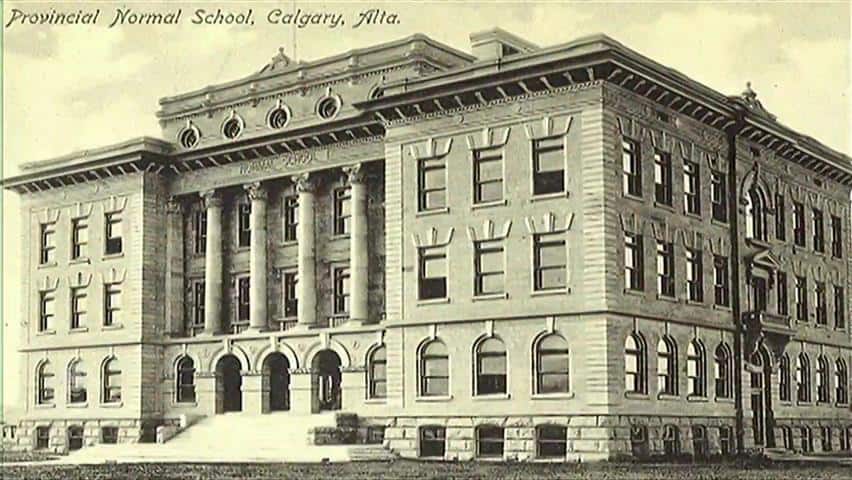 5 years ago
2:37
Another historic sandstone building in downtown Calgary is in need of some serious TLC 2:37

Another historic sandstone building in downtown Calgary is in need of some TLC.

If all goes as planned the McDougall Centre, located on Sixth Street and Fifth Avenue S.W, will get a facelift this fall — the first in nearly three decades.

The province says an exterior restoration of the 107-year-old building has been put out to tender.

There are about 190 sandstone buildings still standing in Calgary — most built after the great fire of 1886.

But more than a century of snow and ice has taken a toll and many of the buildings are cracking and crumbling.

Last year fencing was put up at Calgary's old city hall because a piece of sandstone fell from the building.

"Calgary sandstone is a little on the soft side," said Bob van Wegen, co-founder of the volunteer-run Calgary Heritage Initiative Society. "It's basically a combination of calcium and sand. Or sand and TUMS, somebody [once] told me."

"You wouldn't know it now, but this used to be like a residential neighbourhood," he said.

The students were all gone by 1981 and since then the building and has been used for provincial meetings and announcements. Alberta Infrastructure expects to restore the McDougall Centre façade by the end of the year.