The Calgary Foundation received $117 million from the estate of the late Daryl (Doc) Seaman — a legendary oilman, rancher and philanthropist 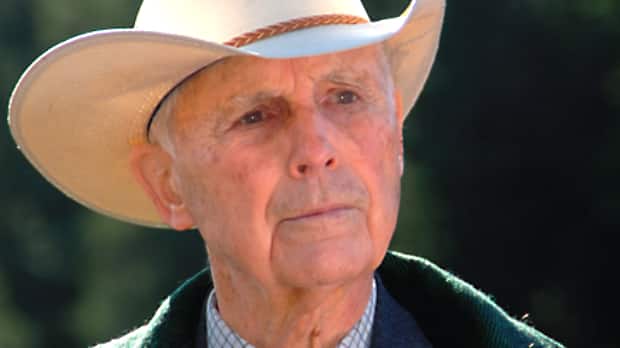 8 years agoVideo
0:56
The Calgary Foundation is the recipient of the third largest donation ever made to a Canadian charity. 0:56

The Calgary Foundation received $117 million from the estate of the late Daryl (Doc) Seaman — a legendary oilman, rancher and philanthropist.

Seaman died four years ago, but he will go down in the record books with this gift as the largest ever given to a Canadian community foundation.

The foundation has known about the gift since 2009.

"Many of Doc's family and colleagues were saying, 'Hey, isn't it time we give a very humble man some well-deserved recognition," said CEO Eva Friesen about why they made the announcement Wednesday.

Friesen says the donation will translate into more than a billion dollars over the years — more than 10 times the original gift.

"This gift made to endowment trusts and ensures that leaders of the day who know the needs of the day will give the gifts and the grants to the organizations that most need it," she said.

"It ensures that there is an impact of this philanthropy that lasts forever."

She says the money enables charities in Calgary to do things they have never been able to before.

The Calgary Foundation says sustainability, poverty, mental health and education in aboriginal communities are some of the areas this money will help support.