Increase in drivers impaired by drugs a concern for police

Police have been warning drivers for years about the dangers — and criminal ramifications — of drunk driving. Now that warning is expanding to those who take drugs before getting behind the wheel. 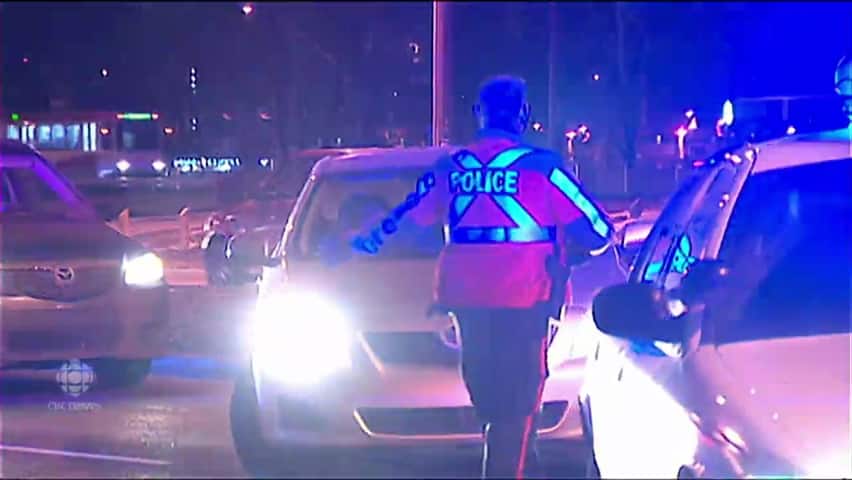 Police have been warning drivers for years about the dangers — and criminal ramifications — of drunk driving.

Now that warning is expanding to those who take drugs before getting behind the wheel.

"We're seeing a bit of an uptick in that," Staff Sgt. Paul Stacey of the Calgary police traffic unit told CBC Calgary News at 6.

"This year we've had three fatality crashes, and while they're still under investigation and they haven't been completely resolved yet, we're very confident it was drugs only that were involved in those crashes, and we haven't seen that before."

Two recent crashes, including one that sent six people to hospital, were also allegedly caused by drivers overdosing.

"That's new to us too, so we're a little concerned about that," said Stacey.

"Fentanyl, that's what we're seeing. But in these two instances I'm talking about, they were actual medical emergencies where people have overdosed and were on the verge of dying but they were still rocketing in their vehicle and both times caused the crash. I hope that's not a trend that's going to continue."

While there is no road-side screening device able to test for drugs like there is for alcohol, Stacey said officers are specially trained to spot when a driver may be under the influence.

"There are a lot of key indicators they can look at that will trigger them to initiate a standard field sobriety test," he said.

"And when they do that, if the person fails a test they're required to give, then we take it that next step and we involve the drug recognition expert. It's essentially an enhanced version of the standard field sobriety test and we run them through a number of key pieces to determine whether they're impaired by drug or not."

Should a driver fail a field test from a drug recognition expert, a urine sample is demanded, said Stacey.

"They have a choice, they can provide the sample and we send it away for analysis, or they can refuse," he said.

"Bear in mind though, if they refuse, that's a criminal code offence, so they get charged just as if you refuse to provide a breath sample."

The federal government has announced plans to legalize marijuana in Canada and a bill is expected to be tabled in the House of Commons in April.