Angie Coombes focuses on different thoughts, questions and imagery while wearing a consumer-grade brainwave sensor headset that is eventually read by TONTO, the analogue synthesizer housed at the National Music Centre.

A local musician with degrees in biology and neuroscience has found an innovative way to combine her interests.

Angie Coombes, who goes by the stage name Angie C, is recording an album featuring TONTO, Calgary's historic analogue synthesizer — and she is playing the instrument with her mind.

Then, the data recorded from the headset is routed through software and a special circuit board created by an engineer, where it is changed into voltage control, Coombes told the Calgary Eyeopener.

"We could actually create a voltage that would go to TONTO and [then] manipulate things like reverb, low frequency oscillators, resonance cut off — and it worked," she said.

It's an idea Coombes first explored in 2016, when she participated in the MakeFashion Wearable Technology Gala, and designed colour-changing brainwave-controlled outfits.

This time around, her experiment is making use of a machine that was created to explore new sounds.

Officially known as The Original New Timbral Orchestra, TONTO was built in 1968 by music producers Malcolm Cecil and Robert Margouleff.

It helped spawn several albums by the legendary Stevie Wonder, and created the iconic bass line for the song, Superstition.

"The whole idea behind it was to be a basis for experimental music. Not just new sounds — people think of a synthesizer as just being for new sounds. I had ideas about different types of music," Cecil told the CBC in November of 2018.

TONTO is now housed at the National Music Centre in Calgary. 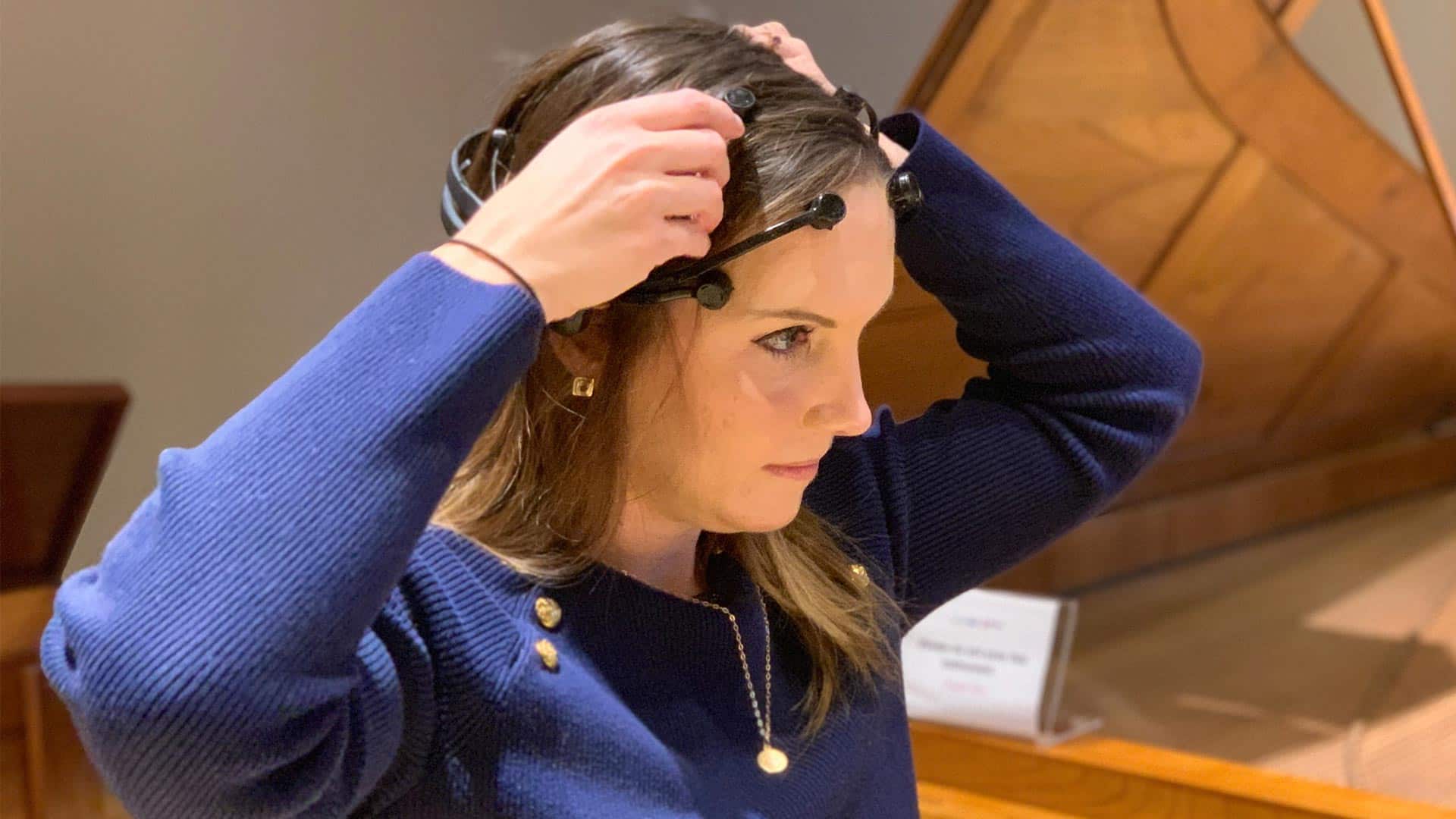 Artist plays music on synthesizer using only her mind

3 months agoVideo
2:00
The National Music Centre is preparing for an album recording session unlike any other. Emotions are being transformed into music with the help of a unique headset. 2:00

For Coombes, who had her own ideas about different types of music, the synthesizer was an appropriate fit for her experimentation.

"When [TONTO] was first created in the late 1960s, it was really quite an enigma. But where we're applying this new modern technology, with the brainwave headset to this old analog synthesizer … it's a world first," said Coombes.

An interesting dimension of the experiment, Coombes said, is seeing what thoughts trigger different — or similar — reactions from TONTO.

She has found that she is able to control certain parameters, such as pitch and volume, through visualization.

And when she imagines keeping those parameters level in her mind, they would stay consistent for a while, Coombes said.

"I really found that if I thought of a question or … even the word 'why,' it seemed to really make my brain quite excitable. And that would then, you know, make, like, the pitch go up or the volume go up on TONTO," Coombes said.

"Other things I tried was, like, visualizing a purple flame coming down through my body and into the ground, and that was able to reliably bring the sound down in volume."

Ultimately, Coombes said her hope is that tools like synthesizers, computers and the brain sensor headset will make music production more accessible.

"I just think it'd be so cool if in five years' time, you could just think music in your head and have it come out into the computer," Coombes said.

"Right now, there's still quite a bit of in-between work that you have to do with music production. So that's really my hope in the end, is that this will really make it easier for people to create music."

With files from Erin Collins and the Calgary Eyeopener.