Calgarians call for justice for B.C. student dragged, stepped on by RCMP during wellness check

About 100 Calgarians rallied in front of city hall on Saturday to call for an end to police brutality and for justice for Mona Wang.

About 100 Calgarians rallied in front of city hall on Saturday to call for an end to police brutality and for justice for Mona Wang.

"What happened to her is very disturbing for us," said Rebecca Li.

Wang, 20, is a student at University of B.C. Okanagan who was dragged and stepped on by an RCMP officer during a wellness check on the Kelowna campus earlier this year.

The officer, Const. Lacy Browning, has been placed on administrative duties and Abbotsford police are investigating the incident. Browning will also face a code of conduct investigation.

Wang has a history of anxiety and was having a panic attack when she stopped responding to her boyfriend's texts, so he grew concerned and called emergency responders to check up on her.

A lawsuit filed by Wang against Browning says the officer found the student lying on her apartment's bathroom floor and did not provide medical assistance.

Wang alleges Browning used excessive force, kicking her in the stomach, punching her and leaving her with a bruised face while shouting at her to "stop being so dramatic."

Part of the incident was captured on video, which Jing Hu said she found hard to watch.

"I could not sit through the whole thing ... it filled me with rage," Hu said at the rally, which was organized by the Calgary Chinese Union Association. 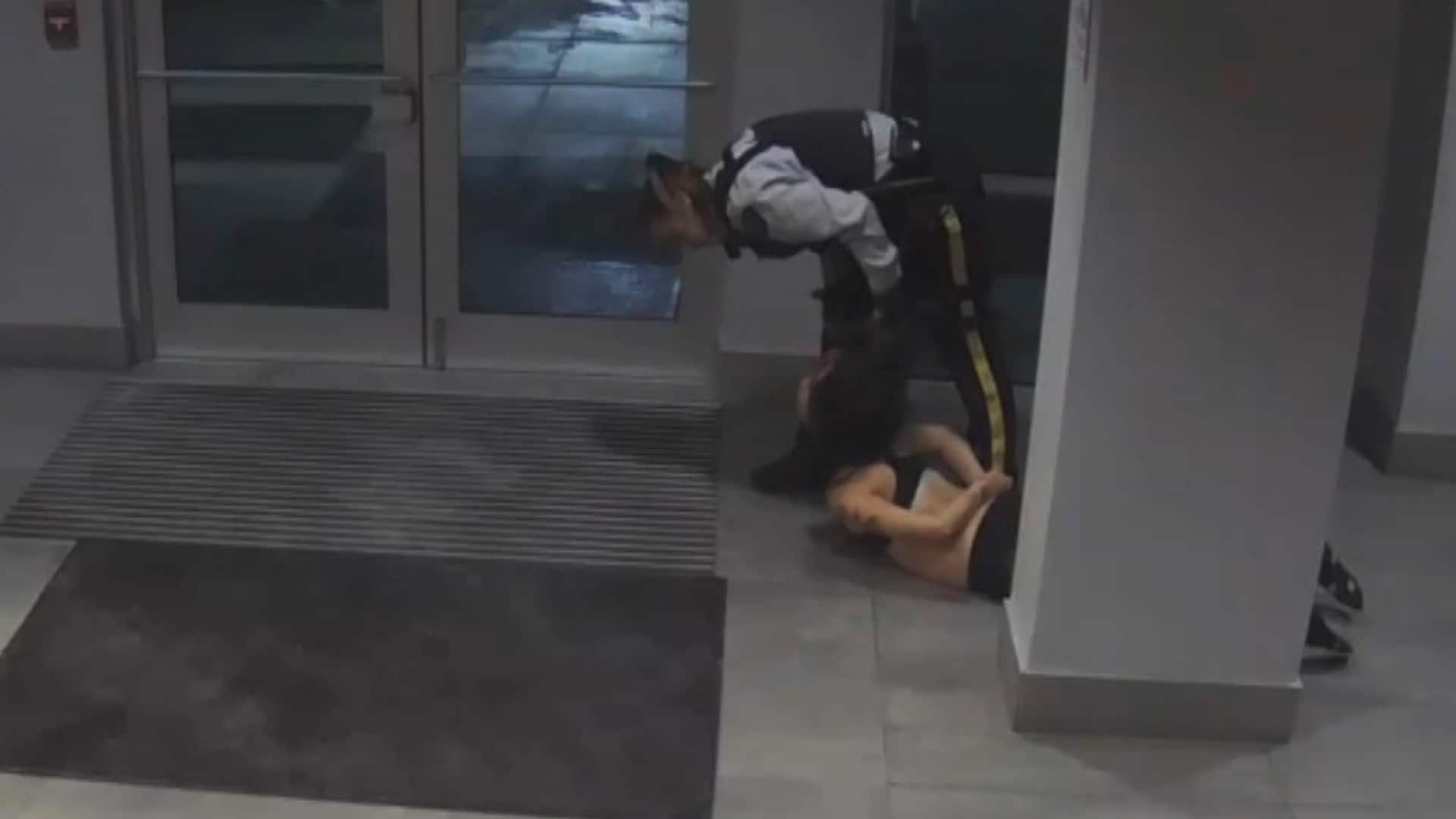 7 months agoVideo
1:37
RCMP officer drags student down a hallway and then steps on her head after detaining the woman during a wellness check. 1:37

Hu said Wang's treatment, and the numerous cases of police violence against Black and Indigenous people in the spotlight right now due to Black Lives Matter protests, point to how ethnicity is a factor in how people are treated by authorities.

"It fills me with rage because, Canada, we advertise ourselves as a free country for immigrants, for people to join, for welcoming refugees, and it's kind of hard right now since, as [people of] Asian descent we're receiving backlash for the pandemic, there's racism everywhere we go," Hu said.

"I hope we can use this platform to raise more [voices] and to bring more information for people who are unfamiliar with what's happening right now."

Many members of the Black Lives Matter movement have said nurses or other mental health professionals should be called to wellness checks, not police.

With files from Terri Trembath and CBC British Columbia