Dwayne Hauck, who is the head umpire for Bowls Alberta, an organization that promotes the sport, has created the world's first Lego lawn bowling league.

'It kind of turned out that it was more funny than educational,' says Dwayne Hauck 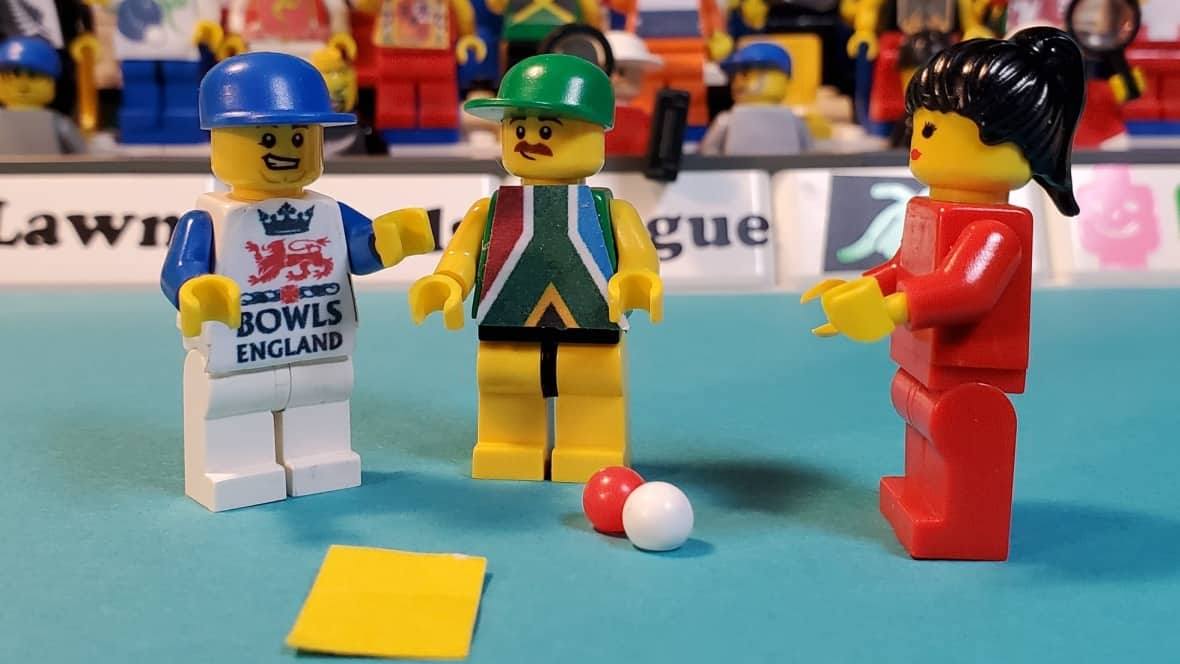 13 days ago
2:05
Because of Canadian winters, and with COVID, this Calgarian used his air hockey table to recreate lawn bowling championships with Lego. Find out why. 2:05

Many people are taking up new hobbies lately, including Calgarian Dwayne Hauck, who fused two familiar activities into a new league of sorts.

It began with lawn bowling, a sport he picked up five years ago after he retired — he and his wife have always been athletic. In March, he played with 39 different clubs while in New Zealand. Then the pandemic hit and they had to return home to Canada.

That's when he eventually began a new hobby with familiar twists.

Hauck, who is the head umpire for Bowls Alberta, an organization that promotes the sport, began melding the worlds of Lego and lawn bowling to create the Lego Lawn Bowls League, the first of its kind in the world.

He said it was born from him needing to train more umpires leading up to the nationals event in Edmonton last August.

"That was impossible to do without being with them," he said. So, he thought, why not demonstrate the game with Lego?

"It kind of turned out that it was more funny than educational, I think," Hauck said with a laugh, adding, "people picked up on it."

His Facebook group for the new league has over 900 members as of Friday afternoon.

Because the mini version of the sport would have to be indoors, Hauck says he had to find a place to set up a lawn bowling green — and he found just the right place: an air hockey table.

"What better place to turn into a Lego lawn bowls green," he said. "It's pretty elaborate."

As for bowls, he says he borrows some of his son's ammo from a toy gun.

He says everything captured in the Lego lawn bowling world replicates real situations from the sport.

Hauck also makes stop action videos, one of which was even reposted on Facebook by Bowls England, a British lawn bowling league.

"So our little world went viral for Lego," Hauck said.

The sport, even if just in Lego form, offers a sense of community, he says.

"That's probably why so many have gotten into the Lego lawn bowls," he said.

Hauck is looking forward to getting back to real lawn bowling, as many COVID-19 measures that they've been working on for nearly a year are in place.  He says it was one of the first sports to start up last summer.

"We have probably the safest sport to play because of [the] demographics — we're a group that can be at risk … we have so much space outdoors that there's no touch points," he said.

But in the meantime, he says, "we have Lego."