Why Calgary is losing its young adults

In one of the fastest-growing cities in Canada, those aged 20 to 24 are the only shrinking age group. Young people who have left the city weigh in on why.

In one of the fastest-growing cities in Canada, those aged 20-24 are the only shrinking age group

Leaving Calgary was a way for Nicole Newhouse to carve out some independence, at least at first.

"I kind of wanted to get away from my parents," she said. "And also, the thought of moving somewhere new — as a temporary thing — was pretty exciting for me."

It was 2014 and she had just graduated from high school. She left to study chemical engineering at Western University in London, Ont. That led to a master's program at the University of Toronto. She then shifted her focus toward coding and data, which led to a job in Toronto's burgeoning tech industry.

Part of her would still like to return to Calgary, but she now struggles to see a future in her hometown.

"Every time I talk with family back in Calgary, it seems like it's a little depressing right now," she said.

"Calgary, I feel, is just very old and stagnant."

That's a common sentiment among young adults, whose ranks have declined in Calgary even as the city has grown.

Calgary's population increased by more than 20 per cent over the past decade, making it one of the fastest-growing cities in Canada.

Nearly a quarter-million more people called the city home in 2019 than in 2009, with growth across every age range — except one: during that period, the number of 20- to 24-year-olds shrank by 4,400, according to municipal census data, a decline of 5.5 per cent.

Calgary has historically been a young city, with a median age well below the national average and a youthful dynamic to match. But the census data shows the city is aging — and quickly — with so much of the recent population growth weighted to the 55-plus crowd.

This may come as a revelation to some Calgarians, but young people who have left Calgary say they're not surprised by the trend. They see little opportunity in the city they grew up in. Jobs are hard to come by, careers even harder.

And some are finding more to life elsewhere.

'The need to move away'

Chloe Loblaw, 20, left Calgary after high school to study health sciences at McMaster University in Hamilton, and she doubts she'll come back.

She says many of her peers feel the same way.

"It's a lot of people who don't really see a future for themselves there," she said.

"They don't want to work in oil and gas — either because of the environmental implications of it or they just don't really see a future in that field — and feel like if they live in Calgary, that's kind of a written-in-stone future for them. So they felt the need to move away."

She says many young people who come to her organization in search of career advice say they would like to stay in Calgary but aren't sure it's realistic.

"We're hearing concern and worry and fear," she said.

"They want to choose careers that are viable and where there will be employment … and we're seeing lots of stories about young people who are bright and who have worked hard at post-secondary and yet cannot get a position."

This presents an immediate problem for young Calgarians, but Hambley worries it could also lead to bigger problems down the road for Calgary as a whole.

While employers in other North American cities have been engaged in a "war for talent," Hambley says many Calgary companies have been complacent in their recruiting, especially of young people.

That makes sense, to a degree, as the local job market has been depressed, meaning employers don't have to hunt for staff as aggressively, and existing workers are holding onto jobs longer.

But in the long term, Hambley says failing to recruit and develop the next generation of talent "is a real risk for organizations" and, more broadly, the city.

If the talent pool isn't replenished, it will be hard for existing companies to fill positions once older workers start retiring in larger numbers. It also presents a problem for attracting new employers to Calgary as, increasingly, a healthy pool of skilled labour is seen as a deciding factor when companies are choosing where to locate.

"Organizations need to be aware of this and be thinking five years ahead rather than just in the present moment," Hambley said.

But a good job is not the only factor affecting young people's decisions about where to live.

It was the educational opportunity that drew Loblaw to McMaster, but she says moving to Hamilton has also opened her eyes to other aspects of life.

"The art scene here, I find, is more vibrant than it was in Calgary," she said. "That's something that's really important to me and important to a lot of young people — the feeling that you can go out and do fun things."

Newhouse, 24, is finding more and more things she likes about Toronto.

"The office life is a lot younger, and everyone I work with has a master's or a PhD, which is very different from anything I've done in Calgary," she said.

"In all my jobs there, we used software platforms from, like, 1995 or something like that, which is when I was born, and it just doesn't seem like anything is really moving. I feel like Toronto is just way more lively right now."

She also found what she described as a greater diversity of people, thought and opinion in Toronto — something she's discussed with other former Calgarians.

"I have lots of friends who don't like how conservative Calgary is and, I don't know, how 'cookie cutter' every kind of person is," Newhouse said.

Still, not every young person who leaves Calgary leaves for good.

What brings some back

Logan Armstrong grew up in Calgary and Okotoks and went to university at St. Francis Xavier in Nova Scotia.

Away from home, he said he found a different culture, and he liked it. He described the "East Coast lifestyle" as a lot more "down to earth."

"It was just, like, the people — to be brutally honest," he said.

"Everyone wants to know everybody. You'd strike up a conversation with anyone, just kind of walking around. It's just a lot more of a social environment."

Yet he says he always felt drawn back to Calgary, where he could be closer to family — and the mountains.

Armstrong looked for work in Calgary, which he said was hard, as a finance major straight out of school. But after four months of hunting, he landed a job.

Now, at age 23, he plans to stay in the city, but he sees why others his age might choose to go elsewhere. While it may have diversified to some extent, he says Calgary is still seen by many young people as an oil-and-gas town.

"They don't see any longevity in it, so they're kind of looking to other places," he said.

Whether because of work, culture, family or other considerations, the reasons for each young adult's decision to leave, stay or come back will vary.

But the trends are clear.

A national shift in young cities

In the latest population estimates from Statistics Canada, Calgary ranked 29th out of 35 metropolitan areas when it comes to the percentage of residents aged 20 to 24.

A decade ago, it ranked fifth.

Newhouse says she loves Toronto, but she isn't ready to give up on the city she grew up in.

"I still think I'll come back to Calgary — eventually," she said.

"It depends if Calgary starts to adopt the tech industry or not, because I like where I'm working and I like what I do. So if we see more of those kinds of jobs maybe spill over from Toronto and Vancouver, then that would be a good opportunity.

"But for the time being, I think it's better being out here." 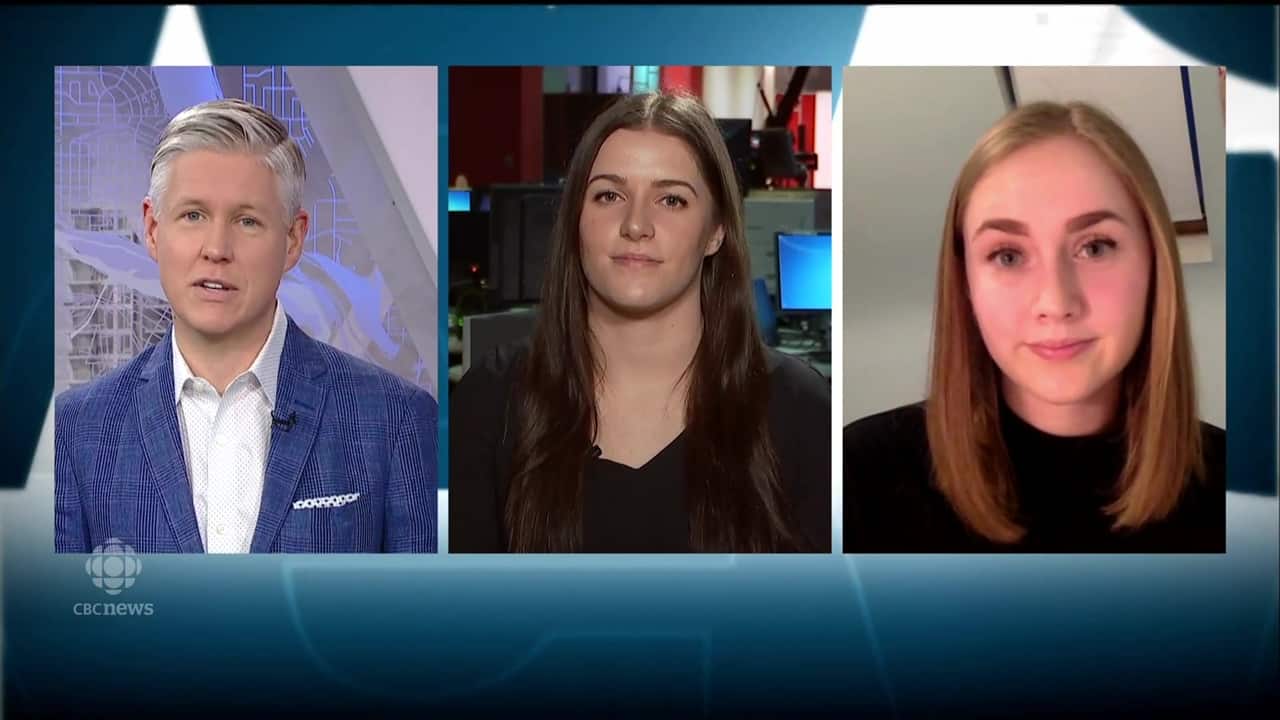 Why so many young people are leaving Calgary

1 year ago
4:34
The number of people between 20 and 24 years of age is declining in our city. Here are two former Calgarians on their reasons for leaving. 4:34