A Calgary landlord is suing his former tenants, one of whom was busted for running a grow-op, because he says her sentence is not enough to pay for the damages he incurred to the property. 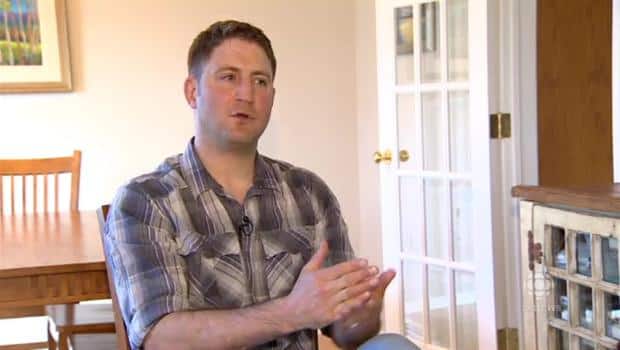 7 years agoVideo
1:21
A Calgary landlord is suing his former tenants after police discovered a grow-op in the rental property that caused extensive damage to the house. 1:21

A Calgary landlord is suing his former tenants for $105,000 after police discovered a grow-op in the rental property that caused extensive damage to the house.

A couple was originally charged with the crime but only the woman was convicted, sentenced and ordered to pay back what Steve Habbi says is a mere fraction of the damage.

After Habbi posted an online ad for his 1943 Shaganappi bungalow, David Gin and Michelle Chen responded in August 2010. He says the pair and their young son seemed friendly and excited to be moving across the street from an elementary school, and the relationship began as a dream come true.

But a year later, in June 2011, that dream turned into a nightmare.

"I came home from work and saw basically a police raid in action," Habbi said. "People in bio suits and bullet-proof vests and guns and things like this, which was really surprising to me ... How do people who seem so friendly to your face run something like that?"

Habbi says he had checked the pair's references when they first moved in and those all checked out, including Gin's job as a tax auditor with the Canada Revenue Agency.

Despite that, police ended up removing more than 200 pots of marijuana plants from the basement of the house that day.

Each plant had an estimated street value of $1,250.

"It was like a mechanical greenhouse operation," said Habbi. "There was no doubt that this was a criminal enterprise and that's what shocked me."

He says there was plastic covering the two basement bedrooms, about 100 lamps hanging from the ceiling and several holes in the walls.

The system was set up so that it was being vented inside the house, which police say can be hazardous.

"All that carbon dioxide that's building up into the place and any of the heat and humidity is going straight back into the house," said staff Sgt. Keith Hurley with the Alberta Law Enforcement Response Team's Green Team South.

"It increases the opportunity for mould to fester and what ends up happening is you feel light-headed and you can actually end up getting headaches if you have long-term exposure."

With the suspects in hand, Habbi says he thought his worries would be over.

More than a year later, in November 2013, Chen pleaded guilty to production of a controlled substance and charges against Gin were withdrawn.

Chen was given an 18-month conditional sentence to be served in the community under strict conditions and was also ordered to pay $10,000 in restitution.

When Habbi argued the damages he incurred were well above the restitution amount, he says the Crown told him to sue the couple.

"Other expenses that a homeowner may experience such as loss of rental income or loss of value of property are just not adequately dealt with through the restitution aspect of criminal law," said Shelley Tkatch, a federal Crown prosecutor.

While Habbi does have concerns for his safety in suing what he calls potentially dangerous criminals, he says he doesn't feel he has any other choice.

He also has a piece of advice for other landlords looking for ways to keep would-be criminals out of their property.

"Mandate in your lease that you will be doing physical home inspections on the interior of the property," he said. "Your only hope is to deter them from coming into your property."

Still, landlords must have permission to enter or give tenants 24-hours notice before entering a property.

Habbi has since sold his property to a developer at a loss and it was torn down to make way for a new home.

He has filed his statement of claim against Chen and Gin but the couple have not yet filed a statement of defence.