A Calgary minor hockey club says it is investigating a "disturbing video" that ends as a boy collapses and convulses on the floor while his teammates laugh.

A Calgary minor hockey club says it is investigating a "disturbing video" that ends as a boy collapses and convulses on the floor while his teammates laugh.

The video, sent to CBC News by a parent of a player in the association, shows a youth bent over in a locker room shower, surrounded by other players from his U15 hockey team — some of whom are filming on their cellphones.

As the boy's head rolls back, one boy says "he's out, he's out." Another boy pours water over the seemingly unconscious boy's head, and the others pull their hands back from his chest, laughing, as the boy collapses on the floor.

Then, the boy on the floor begins to seize, and the laughter turns nervous, interjected with exclamations of "oh s--t, oh f--k." The boy comes to, confused, and one says, "You had a f--king seizure, man."

The video was shot on Monday evening. CBC News has blurred the faces of the boys in the video to protect their identities, as they are minors. 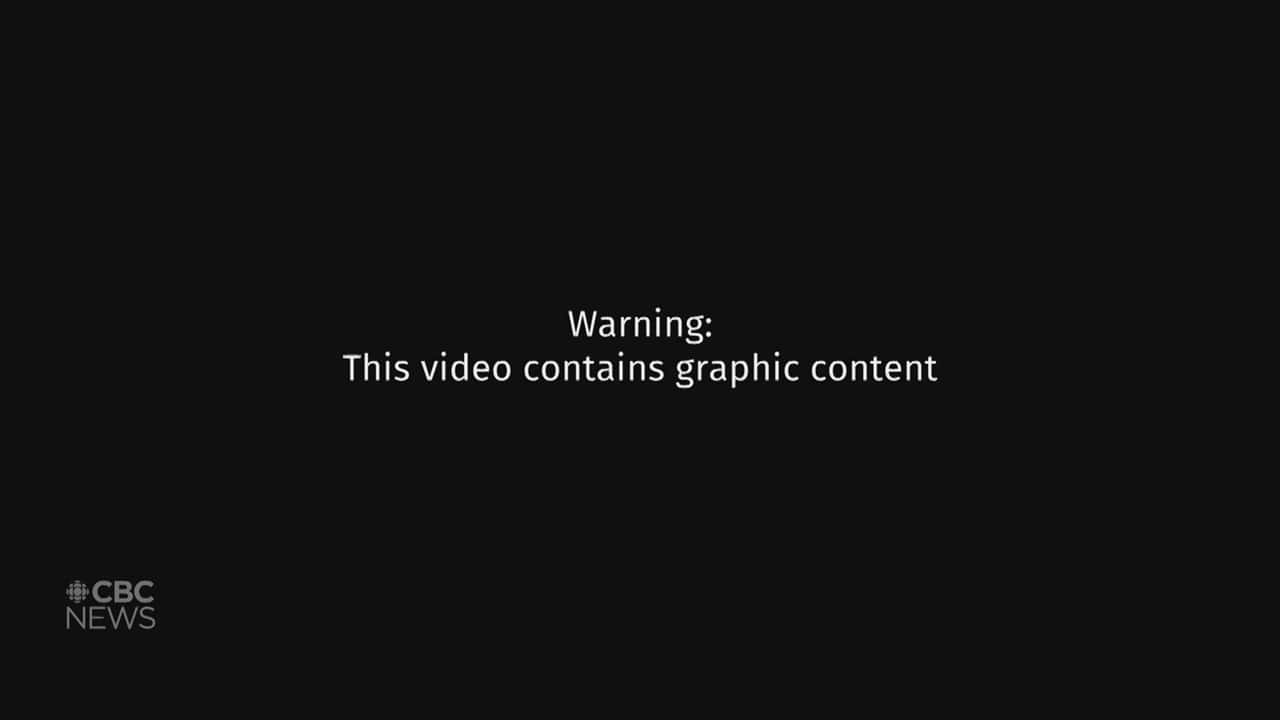 1 month agoVideo
0:44
A video from inside a Calgary locker room shows minor hockey players holding a boy up against a wall until he collapses and convulses on the floor. CBC News has blurred the faces of the boys in the video to protect their identities, as they are minors.  To get the full context, see the story Calgary minor hockey club probes 'disturbing' video that shows boy passing out, convulsing https://www.cbc.ca/news/canada/calgary/calgary-hockey-seizure-video-1.5775894 0:44

It's unclear whether the act shown in the video is a form of the choking game, where kids practise forms of self-strangulation in order to achieve a brief high, or a hazing ritual.

A second video, shot in the same locker room, shows two of the players — both wearing helmets and gloves — exchanging blows as other kids film and cheer them on. After multiple hits to the head by both parties, one of the boys is thrown to the floor.

Both videos also show no physical distancing — the players all stand close to each other, unmasked. It's unclear whether the water bottle dumped on the boy was clean or if another player had drunk from it before it was poured on his teammate's head.

The Northwest Warriors Hockey Association, a minor hockey club in northwest Calgary, said in a statement sent out to parents on Saturday afternoon that it has received the video and that it took place in one of its team's dressing rooms. CBC News contacted the association to request an interview on Friday and has yet to receive a response.

"The video was disturbing and gives a black eye to the hockey community as a whole," the email read.

It is a dangerous game ... you should not try this at home.-Dr. Eddy Lang

The association said it takes the incident seriously, is investigating and will apply appropriate sanctions.

"As leaders within the hockey community, we must work to put a stop to this type of behaviour and educate our athletes on how it affects all involved," it said.

"As an organization, we do not tolerate violent and dangerous behaviour, and our athletes need to be reminded that engaging in that type of behaviour will be met with zero tolerance."

The parent who shared the videos said they are deeply concerned, both by the players' behaviour and the handling of the event by the association. CBC News has agreed not to identify the parent, as they are concerned about negative repercussions for themselves and their child within the hockey community.

"The players involved in the incident were allowed to play with no clear consequences to their actions and without a thorough investigation by an impartial, non-biased party. The board did not respond until the video became public, to those involved or affected by the events that occurred," the parent said.

Dr. Eddy Lang, head of the department of emergency medicine at the University of Calgary, said by cutting off blood flow to the brain, the stunt could easily have ended in tragedy.

"It's unlikely that he would suffer permanent damage from this, but it's still an unwise game to engage in," he said.

"He ... could have fallen to the ground and hit his head. The loss of consciousness might not have been so brief, and he could have in theory vomited and aspirated into his lungs."

Lang said he worries sharing the video could present a copycat risk.

"You can see how young boys might see a thrill in having someone lose consciousness or be brave enough to be the victim of such a hazing or game, but there is a risk there, for sure," Lang said. "It is a dangerous game ... you should not try this at home."

Kevin Kobelka, executive director of Hockey Calgary — the governing body for amateur hockey in the city, said he first heard about the incident on Friday. He contacted the association and asked them to act immediately.

He said the association has formed a working group to investigate, and interviews with families involved are scheduled for as early as Sunday.

"As of this time, all players and coaches that are a part of that cohort have had their hockey playing privileges removed ... as the investigation goes on," he said. "It's unfortunate, but we have to act swiftly and do the right thing."

Kobelka said coaches are expected to be in and around the dressing room and monitoring players' behaviour.

"We're not even allowed into rinks more than 20 to 25 minutes before an ice session right now. So all of this happened in a very short period of time, which is even more surprising," he said.

Kobelka said he's hoping the investigation will be completed within a week. 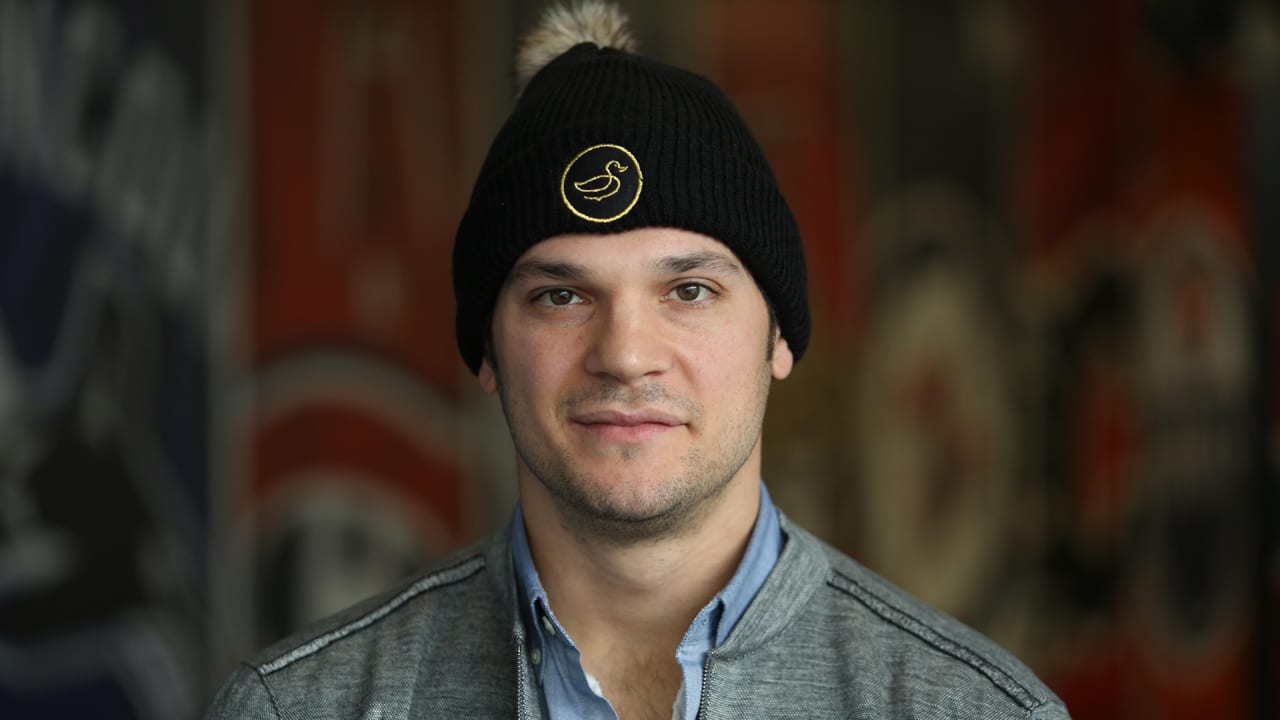 Time's up for toxic hockey culture?

Conversations around hazing, abuse and other dangerous behaviours in minor hockey have been at the forefront in recent years, following multiple allegations from former players and a class-action lawsuit against the Canadian Hockey League.

Hockey Calgary's hazing policy describes the practice as a form of initiation that may "humiliate, demean, degrade or disgrace a person regardless of location or consent of the participant(s)."

It says any player, team or association found by investigation to have condoned, initiated or participated in hazing will be disciplined, which could include suspension or expulsion from Hockey Calgary programs.