Economists say flooding in Alberta will cost Calgary's economy billions of dollars and affect the Canadian economy as a whole.

Businesses, workers both take a hit from disaster 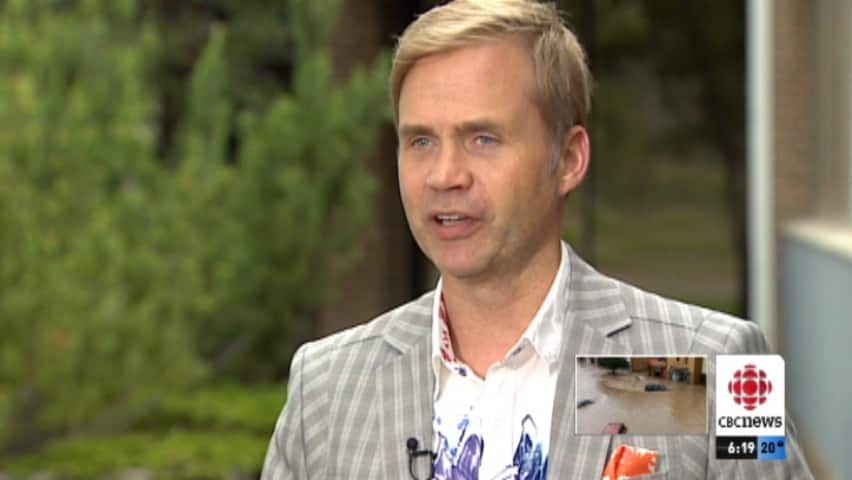 7 years ago
1:35
Economists suggest the floods in Alberta could cost Calgary's economy billions in losses. 1:35

Economists say flooding in Alberta will cost Calgary’s economy billions of dollars and affect the Canadian economy as a whole.

Although the precise economic damage caused by the flooding is hard to measure, economists say it will be widespread and long-lasting.

One estimate from BMO Capital Markets is that Canada's GDP will be reduced by $2 billion as a direct result of the floods.

Tom MacKinnon, an analyst with BMO Capital Markets, estimates that direct losses from the flooding will be between $3 billion and $5 billion. That is at least 10 times higher than the losses incurred during the floods of 2005.

In Calgary, the floods will cut into retail sales, tourism and industries that service the energy industry.

"Production itself is not being disrupted. No oil and gas comes through downtown Calgary. It would be far more disruptive for these companies financially if it was a refinery or maybe one of their mining operations went down in the flood," said Hirsch.

However, three pipelines in the province have been damaged and rail shipments were disrupted for several days.

Hirsch says that he expects economic activity in Calgary to slow in the short term, but that will be somewhat offset by a boost in spending to rebuild the city’s infrastructure.

On Monday, Alberta Premier Alison Redford said it would take 10 years to rebuild the flood-damaged areas of the city and the province. She pledged an immediate $1 billion in aid toward emergency relief and reconstruction.

Smaller firms that lack the resources of the big players are expected to have a tougher time.

"Ninety per cent of companies that have a major disaster that don’t have a contingency plan in place fail within three years," says Tulloch.

In downtown Calgary, where the power has been out since Friday, small business owners are losing thousands of dollars, and their employees are losing their jobs.

Chinatown is one of the most flood-affected areas of the city. Local business owner Sang Yun told CBC he lost $20,000 worth of food and has had to lay off five employees.

The federal government is promising help. Calgary Southeast MP Jason Kenney, also the federal minister of citizenship and immigration, says the government will speed up the process of getting unemployment insurance benefits to people who lose their jobs because of the flooding.