The state of emergency that was declared in Calgary two weeks ago as the city suffered massive flooding officially ended on Thursday. 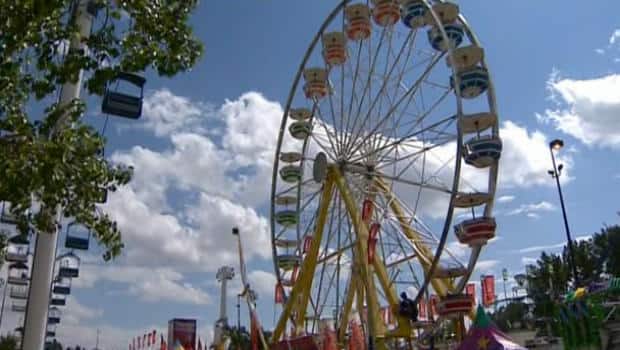 8 years agoVideo
2:55
Floodwaters that covered much of the Calgary Stampede ground have receded and 'The Greatest Outdoor Show on Earth' is ready to kick off 2:55

The state of emergency that was declared in Calgary two weeks ago as the city suffered massive flooding officially ended on Thursday.

Calgary’s municipal emergency plan remains in effect as recovery and relief efforts continue in several parts of the city.

Only one severely flood-damaged house in the northwest Calgary community of Bowness has been torn down by the city, but there are 25 more that need extensive repairs to become livable again.

Burrell said heavily damaged houses that can be repaired are marked red by the city, but those with major structural flaws are marked as black and will require further examination.

He said the houses might not be demolished, but they do require further assessment. In some cases, the homes have been fenced off to keep people away from them.

"They are being assessed by structural engineers as we go," he said.

The condemned house that was torn down earlier this week was deemed a threat to public safety, but the city said it will seek compensation for the demolition from the province.

Albertans affected by flooding can reach the government of Alberta call centre at 403-310-4455 from 8 a.m. to 8 p.m. Volunteer agents will forward calls to the appropriate program area and provide information.

Calgarians can also phone 311 with any flood-related queries. For counselling and emotional support services, contact the Distress Centre’s crisis line at 403-266-4357.

For information on community, health, social services and other agencies who can answer questions in many languages call 211.

"We’d like to take this opportunity to thank all Calgarians for their outpouring of generosity these past two weeks and encourage everyone to continue helping those in need. Rebuilding our city starts with rebuilding our people," said Burrell.

The Alberta government is bringing in penalties of up to $100,000 for anyone who tries to rip off flood victims.

Service Alberta now has a special team to help address consumer concerns, and investigators are going door-to-door in flood-stricken areas to inform people about their rights.

Calgarians are being reminded to stay off the Bow and Elbow rivers, which are still not safe for recreational use.

City officials are estimating the preliminary cost of damages from last month's flooding at $256.5 million.

Calgary Mayor Naheed Nenshi said Wednesday the city wants to restore the pathway system to its former state, but that it’s also a chance to improve the 1,000-kilometre network.

The city said the Bonnybrook waste treatment plant is also not back to normal, and is only operating at two-thirds capacity.

As the scope of recovery work narrows to address local issues, the three remaining community support centres that were opened in the flood's aftermath were scheduled to close as follows:

Mayor Nenshi was on hand today as Tourism Calgary launched its "Calgary's Doors are Open" campaign in an attempt to attract tourists to the city.

The campaign will run for three weeks across the country through radio, newspapers, online advertising and social media.

"Our community was pushed down, and we are pulling her back up. You’ll want to see what this community has accomplished," said Nenshi in a release.

"You’ll get a chance to experience the energy of these streets, our great festivals, events and experiences. Summer is the time you want to be here. Come and visit Calgary — our doors are open."

Inglewood is one of many Calgary communities that want to get the word out that they are open for business. Although the community had a lot of flood damage, mostly flooded basements, it's been cleaned up for the most part.

Rebecca O'Brien, executive director of the Inglewood Business Revitalization Zone, said shops and restaurants have been hit hard by the lack of business.

Debbie Dalen, who owns the Pretty Little Things shop, said business in all the flood-affected areas has dropped off.

"This is the best time to really think about these small businesses that were affected and to buy local," she said. "It's more important than ever."

The province is going to build three camps in the city to provide temporary housing for Calgarians displaced by the flood.

Final details are still being worked out between the city and the province, but it's expected modular homes or trailers will be used.

Burrell said the camps will be used for 12 to 18 months.

"Our current estimate is it's going to be somewhere between 550 and 900 people," he said Wednesday. "We're in conversation with the province about building temporary neighbourhoods within the city of Calgary. We have three locations that are graded and ready to go that were already available sites."

Displaced residents are being reminded to apply to the province's Disaster Recovery Program.

Calgary registration centres will be open until July 7.

Plans are underway to establish a Disaster Recovery Program Office in Calgary that will be able to accept applications throughout the summer and fall from property owners unable to apply at planned and announced registration centres.

Flood victims with legal questions are getting a chance to speak to a lawyer free of cost.

The Calgary Public Interest Law Community has organized lawyers to answer questions about anything from insurance claims, to landlord and tenant disputes.

Andrew Stead, one of the volunteer lawyers, said that aside from specific legal advice, there's a general guideline everyone should follow.

Another free legal session is being held at the Okotoks United Church this afternoon and this evening, and more sessions are being planned for after the Stampede.

Mayor Nenshi said condo board members should step in to help people get back into their homes. Some condo owners still out of their flooded homes agree there is a lack of communication.

"We're sitting there and we have no idea what's going on," said southeast condo owner Tiffany Hearst.

"No idea what progress has been made no idea what next steps are to be had that we can at least plan for our next steps of when we can go back home."

Nenshi said Wednesday the city has not heard from 49 multi-unit buildings about their plans for reoccupation, so city inspection teams are going out to them.

"We need to understand what's happening in those buildings and we need to get that accurate view," he said. "So we're going to be doing that and help the condo boards, take an inventory of their work to ensure that the people living there can go home as soon as possible."

Nenshi said condo board members have to do their jobs to make sure the buildings are safe and not to wait for the property manager to act.