Calgary's brand new $28-million film production facility celebrated its grand opening Thursday, and business over the next five years is expected to boom. 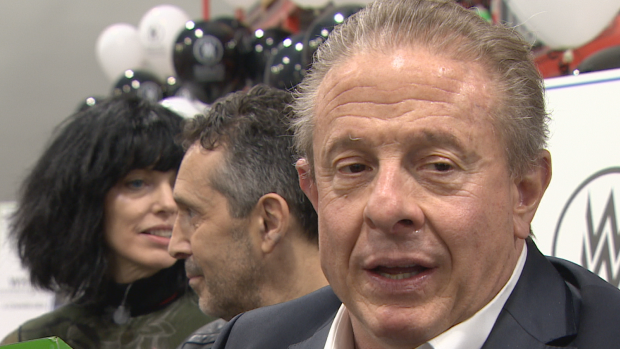 "We are just starting. Now, it's a matter of filling the facilities, growing this industry," said Luke Azevedo, commissioner of film, television and creative industries with Calgary Economic Development.

Azevedo is predicting the film industry in Calgary will grow "significantly" within the next five years.

"Culture is one of the pillars that we need to ensure that this city and this province develops in a way that's meaningful and continues to grow."

The new centre features 12-inch-thick walls on the outside, insulated interiors, roof structures that will hold thousands of pounds of capacity, and electrical wiring necessary for large production series or feature films.

The City of Calgary contributed $10 million toward the new facility, $5 million came from the Government of Alberta and William F. White International Inc. — the anchor tenant — put up $1 million.

"Southern Alberta is well known with film producers for its stunning visual beauty but the opening of the Calgary Film Centre gives us another important 'location' for the industry to extend filming year round," Mayor Nenshi said in a release.

Nenshi says this centre is an important element to diversifying the economy.