On a snowy winter night, members of Calgary's Filipino community gather at St. Anthony's Roman Catholic church to celebrate Simbang Gabi — Tagalog for "night mass" — a series of nine masses devoted to the Virgin Mary leading up to Christmas that's deeply important to them. 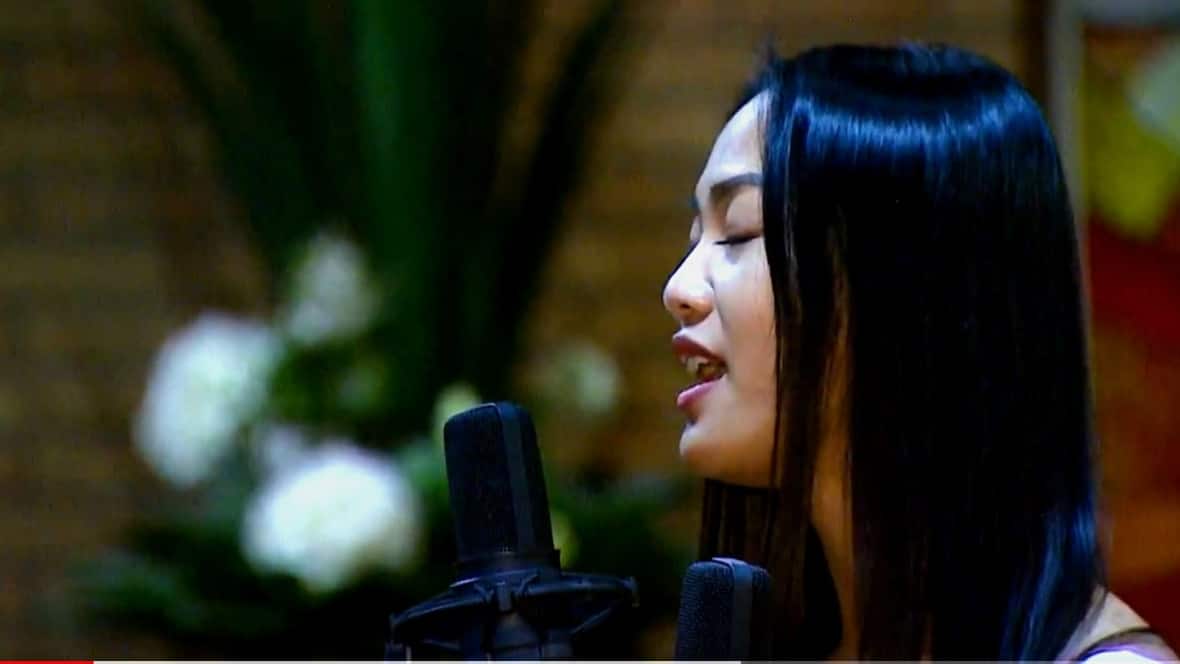 25 days agoVideo
1:58
Take a listen to some of the sounds of an annual tradition that had to change with the pandemic. 1:58

On a snowy winter night, members of Calgary's Filipino community gather at St. Anthony's Roman Catholic church in the south of the city.

They're there to celebrate Simbang Gabi — Tagalog for "night mass" — a series of nine masses devoted to the Virgin Mary leading up to Christmas. It's a convergence of faith, and Filipino and Spanish culture. A ceremony deeply important to the Filipino community.

Father Edmund Vargas is pastor at St. Anthony's, and on this night, he greets parishioners as they enter the church.

"It's a devotion," said Vargas. "And so, it's important to be consistent, and to be persevering in the effort to express faith."

Simbang Gabi is a tradition, but of course, with COVID-19 this year, things are a little different. Everyone is masked and distanced, there are several hand-cleaning stations and the pews are sparsely populated.

"When we have these masses here, pre-pandemic times, we usually have a packed church," said Vargas.

Now, since the Alberta government imposed tougher public health restrictions that kicked in on Dec. 13, in-person attendance at places of worship is limited to 15 per cent of fire code occupancy. It's mandatory for everyone to wear masks (except the faith leaders or other speakers while speaking if at two metres from others) and stay at least two metres from those not in their households.

For St. Anthony's Roman Catholic church, like many other places of worship, that means also livestreaming services for those at home.

Vargas says he's pleased the first night's celebration got a thousand online views in addition to the in-person ceremony.

Simbang Gabi itself has evolved over time.

Vargas says the spiritual foundation has, over the years, added more cultural aspects, through things like traditional foods shared after the mass. Such things are, he says, indicative of the cultural richness of this Filipino tradition.

Mary Kate Aquino, a student at Mount Royal University, is at the church on this night. She's a soloist singing during the service.

She describes Simbang Gabi as a big part of her Christmas tradition.

Speaking of previous years, she says, "The church would be packed, not just this church, but also at St. Albert the Great and Sacred Heart. Here was a big community of people coming together, and I think it's great that we can celebrate Christmas together."

This speaks to the Filipino presence in Calgary's Catholic community. Vargas has worked in several parishes around the city.

"I've been to several churches in the Diocese of Calgary. And there's so many Filipinos all the time, everywhere," he says.

"Even priests will tell me that, 'if not for the Filipinos, our churches would be struggling. Especially for volunteers.'"

An expanding presence and the addition of new generations has led to some changes in the Simbang Gabi celebrations.

"Over the years, even Christmas carols being sung in the church have been enriched by this Simbang Gabi tradition," said Vargas.

"So, there are mixed kinds of music wherein they kind of interplay the various traditions. So it's a wonderful kind of development in the Filipino tradition, especially in the context of their Christian faith."

An interplay of music, and of language.

"Growing up, I remember it was mostly Tagalog," said Aquino. "But with things changing and with how culture is nowadays, the last couple of years they've incorporated English, especially because the kids that are born here, at times they don't understand Tagalog."

Vargas says it's important to make the effort to reach out to everyone.

"We try to adapt and use 'Taglish,' which is a combination of English and Tagalog, when we preach," he says. "So that if there are in-laws who are Canadians and not Filipinos, at least they would have some understanding of what is going on."

And for Vargas, this language evolution has also led to some personal changes.

"I have to adjust and study a bit. Sometimes I mispronounce words but I think people understand that," he says with a laugh.

Mike Symington has been with the CBC for three decades, most recently as a video producer.