Calgary Filipinos use power of music to boost Covid-19 fundraising

Calgary’s Filipino community is pulling together to make sure its most vulnerable are looked after during the COVID-19 pandemic. 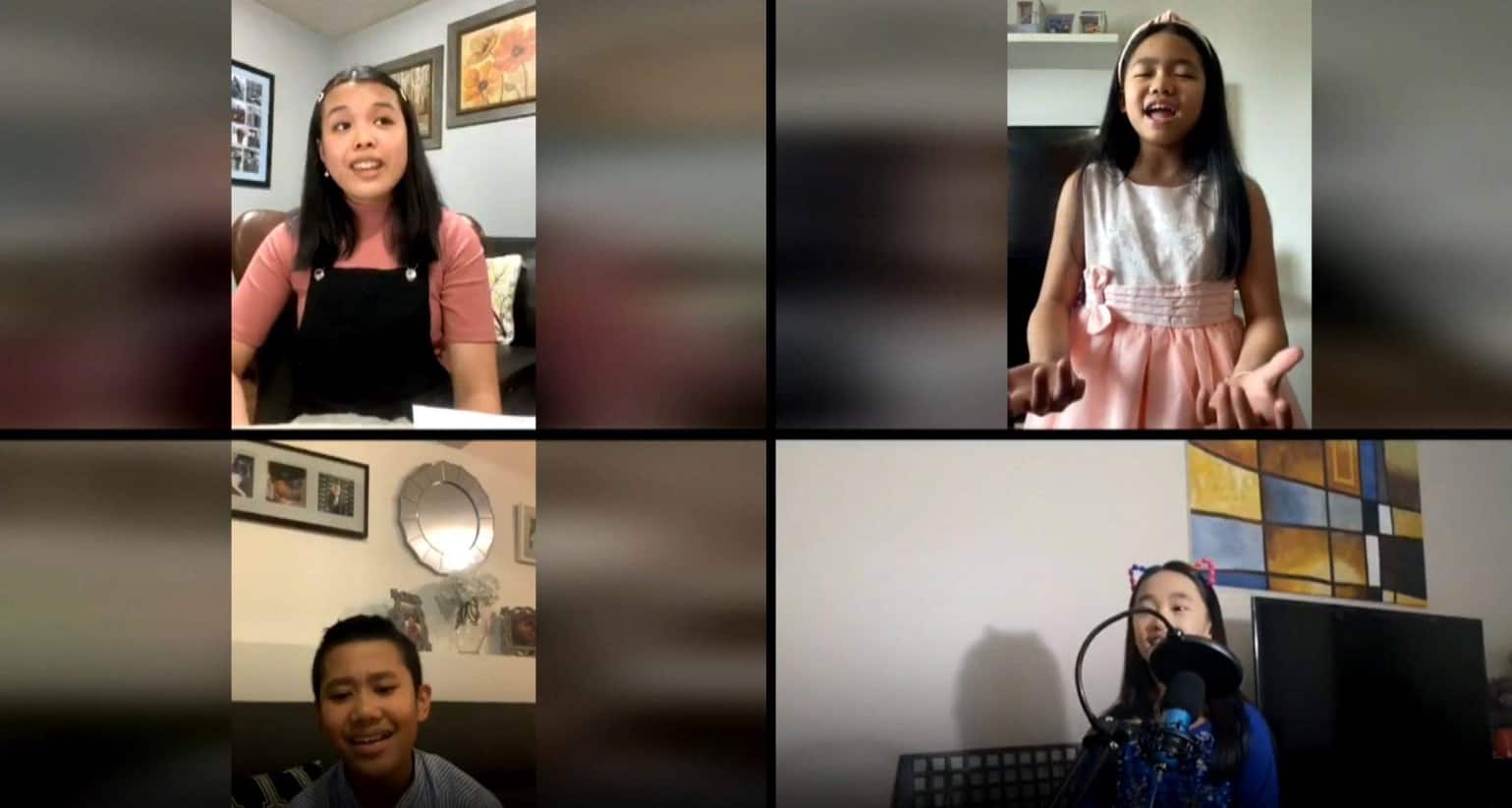 7 months agoVideo
1:39
Filipinos in Calgary are using Facebook to bring live music to everyone from seniors to temporary foreign workers isolated during the pandemic, all while raising thousands for struggling families. 1:39

Calgary's Filipino community is pulling together to make sure its most vulnerable are looked after during the COVID-19 pandemic.

As well as raising money for care packages that are delivered to homes, they're using Facebook as a platform to share live music performances by young Filipino singers and entertainers, boosting funds and morale.

Thousands are tuning in from Calgary all the way to the Philippines to watch the young singers performing in isolation at home.

The campaign run by the Fiesta Filipino organization has now helped over 500 families affected by the pandemic, in Calgary and the surrounding area, with hundreds more waiting for and asking for help.

Volunteers collect packages from donors and sponsors and deliver them to Filipino families in need. That includes people who are sick and isolating, seniors, single moms and temporary foreign workers, many who've only been in Canada for a few months and don't qualify for benefits or have money saved.

Different singers take to Facebook through the week to help the fundraising drive and to keep people smiling as they cope with isolation. Some of the live streams have reached more than 13,000 people.

"I like to share some positivity because of this COVID-19," said 10-year-old Jeanae Elisha Ventura, who is more used to performing in front of thousands at the Calgary Stampede and other events throughout the year as a Young Canadian.

She started singing at Fiesta Filipino events two years ago and has been streaming her singing on Facebook during the pandemic.

"It makes me feel proud and happy because I like to help everybody. I know if I help everybody with just my own little ways and my singing, I know that we can overcome this virus together," Jeanae said.

Young Filipinos are playing a big part in the Bayinihan project. Organizers say the word Bayinihan translates into being a hero for each other.

"It doesn't have to be big, it can be little things, small things that bring goodness to other people," said Vangie Caoile, a Fiesta Filipino organizer.

"We have a youth empowerment program. They're all stressed and wanting to do something, so we figured why don't they be part of the project," said Caoile.

"So we tapped on the local talent in the community and it just took a life of its own," she said.

Caoile says the campaign has raised well over $12,000 so far.

"We see a lot of Calgarians, people in High River, Canmore, Cochrane. There are so many asking for help, some are only banking on the food bank for essentials," she said.

"We may be separated physically but now more than ever is the time for us to make other people feel love and not alone," Caoile said.

Fiesta Filipino holds a huge annual event in downtown Calgary that, along with other events, is now facing an uncertain future.

"We're crossing our fingers, but safety first. We are really hoping but it's the safety of everyone first," said Caoile.