Aubrey Levin not guilty on 2 sexual assault counts, while mistrial declared on 4 counts 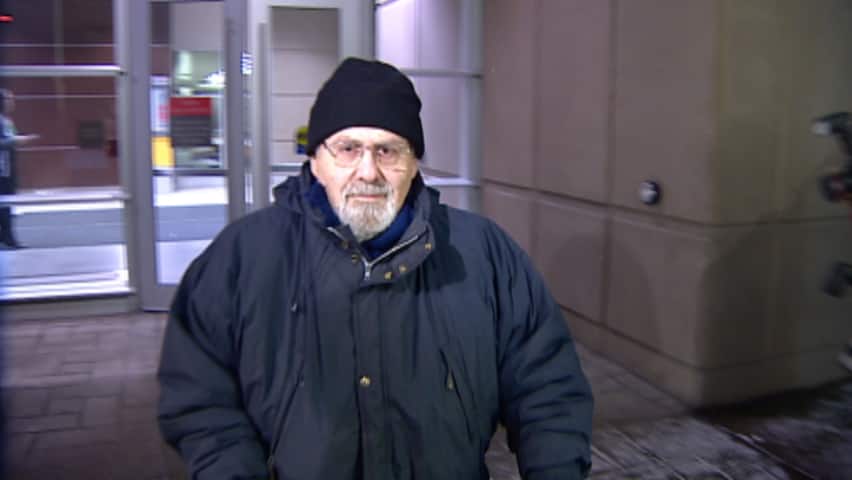 Levin, 74, stood quietly and did not show any emotion as he listened to the decision, while his son and daughter-in-law were visibly emotional.

Court of Queen’s Bench Justice Donna Shelley declared a mistrial on the remaining four counts of sexual assault because the jury couldn’t reach a decision on those.

The Crown is asking for a jail term of between four and seven years.

Jury members began deliberating on Friday and were sequestered over the weekend, but appeared to be unable to agree on verdicts.

On Sunday, the jury sent the judge a letter saying it was deadlocked.

"After vigorous and lengthy deliberations, we are unable to reach a verdict on any of the nine charges and are not convinced further deliberations will help," read the letter.

On Monday morning, Justice Donna Shelley asked jurors to keep trying to reach a verdict in the case.

The jury deliberated all day and finally came to a decision on five of the nine counts at about 7:30 p.m. MT.

Levin formerly served as a court-appointed psychiatrist and was charged with nine counts of sexual assault involving male patients.

The allegations came to light in 2010 after one a patient came forward with secret videos he recorded during court-ordered sessions with the psychiatrist.

The videos, which were played in court, show Levin undoing the man's belt and jeans and appearing to fondle him.

Levin, who immigrated to Canada from South Africa, denied all the allegations against him and claimed he was conducting examinations to help with sexual dysfunction.

The case also saw an accusation of jury tampering. One juror was dismissed after informing the court she had been approached by a woman and offered an envelope full of cash to find Levin not guilty.

A charge of obstruction of justice is pending against Levin's wife, Erica, who has been under house arrest since the alleged encounter.