Along with all the city's temporary adaptive roadways, the car closure on Crescent Road is on its last legs.

Along with all of Calgary's temporary adaptive roadways, the car closure on Crescent Road is on its last legs.

The Crescent Heights Community Association said it received a letter from the roads department this week, notifying them that because of the colder weather, more people are staying inside and the physical distancing space is no longer needed.

Volunteers with the association asked for a meeting with the city to discuss extending the road closure for the rest of the year. But that meeting never happened. 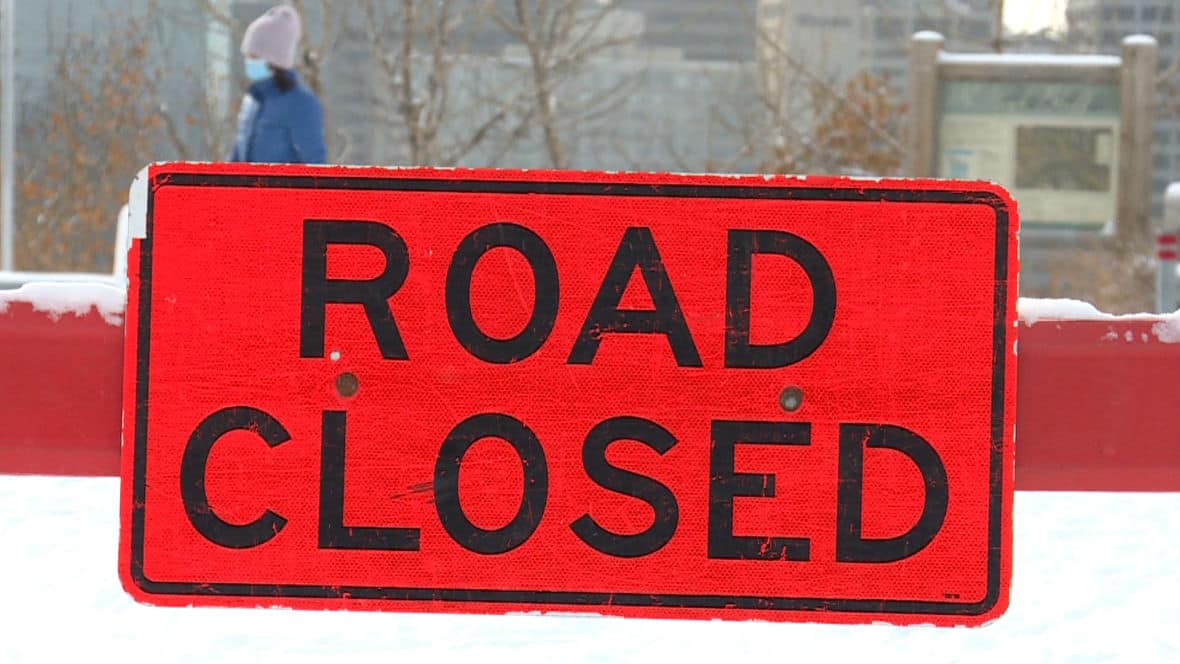 Crescent Road reopens but not everyone is on board

1 month agoVideo
0:52
Locals are voicing their concerns as this popular Calgary street with epic views of the downtown skyline reopened to traffic after being closed for more pedestrian space during the pandemic. 0:52

"We're very disappointed because the space just transformed while it was closed," said Community Association Director John McDermid. "People just flocked here and not in cars and trucks and motorcycles. They came on foot, they came on bike, on scooters, kids learned to ride their bikes in the space. And and we really wanted to see what it would do in in other seasons."

People continued to use the road on Sunday morning — there's even been a few cross-country skiers on the bluff — and the road was littered with footprints in the fresh snow.

Alesia Alward lives right beside the road; she's sad and disappointed the city has chosen to open it up again.

"It's still getting used quite a bit by people," she said. "I think we're kind of missing out on an opportunity to keep it as a community space."

Michael Macdonald has lived in the area for 30 years; he said this closure has returned the road to quieter times.

"This road closure is one of the best things that's happened," he said.

Macdonald said the lack of notice is concerning, and there was no dialogue about the closure. He's concerned when the road reopens, people will be confused and it could lead to safety issues.

Community planned to activate the space

Residents and the community association had plans to turn the space into a winter-gathering hub. Somewhere safe to meet a neighbour.

McDermid said some of the early ideas included a circular modified curling rink, events with hot chocolate and fire pits and anything to keep people social, but physically distant as the days get shorter and colder.

Coun. Druh Farrell said it's an unfortunate situation. She hopes that the city can ease restrictions on road closures, to allow the community a way to continue some of its outdoor plans.

"I think there's still some opportunity for compromise," Farrell said. "What I saw was a sort of back to normal business as usual approach this winter was coming. But we know this winter will not be normal ... we need to really be different this winter and try and explore ways to make it fun for people."

Crescent Road was closed after crowding concerns emerged in April.

In a video shared by the Calgary Eyeopener on Twitter, at least a dozen vehicles parked on the scenic road, as music was blasting and drivers were stuck in a traffic jam.

Residents said this kind of behaviour on the bluff has been an issue for years with motorcycles stunting, and a general party atmosphere.

Barriers went up to prevent vehicle access, keeping the area wide open for people to walk, bike and enjoy the extra space while physically distancing without car traffic.