A Calgary architect is trying to turn the page on one of the city's largest condo repair projects, which left many residents of the leaky building with repair bills in the thousands. 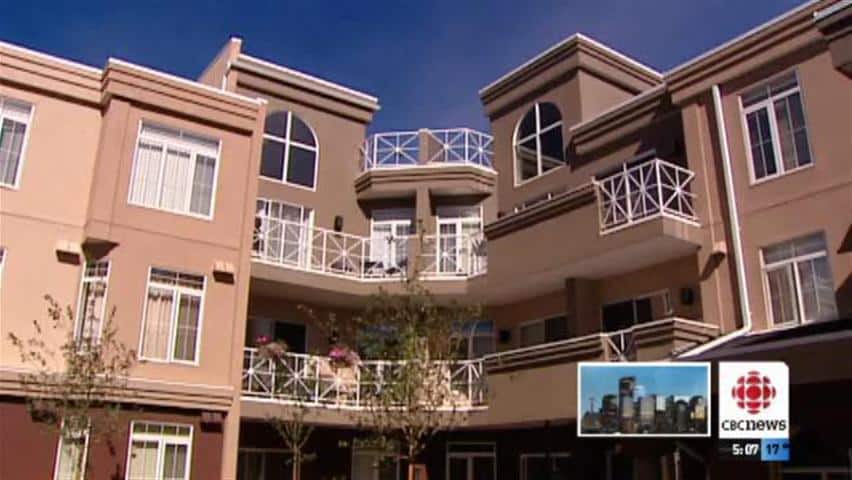 A Calgary architect is trying to turn the page on one of the city's largest condo repair projects, which left many residents of the leaky building with repair bills in the thousands.

The Bella Vista in the city's southwest required millions of dollars to fix several leaks that caused mould.

Residents first learned of the problem a few years ago and the condo board began substantial repairs at a cost of $4 million soon after.

"We had to basically strip off the enclosure — the entire enclosure, all the stucco, roofing, flashing," said Tang Lee, an architect whose team fixed many of the problems.

"There were some issues with the design, as well as the construction, workmanship," Lee said.

At least a dozen unit owners fell into foreclosure because they were unable to pay their share repair bill, with some assessments coming in around $80,000.

"We are all sitting on mortgages like everyone else, so it's a mortgage payment and condo fees, and it just seems a bit unfathomable," said Tricia Stephens who owns a unit.

Other owners tried to get legal help.

"They both told me ‘Nick, don't throw good money at bad money.’ They advised me to file for bankruptcy, walk away, cut your losses — but I realized I'm here; I don't want to lose my car, credit cards and have to change different things."

Mascarenhas ended up staying and borrowed cash to cover his bill.

"I've had to change my schedule, get a different job — I now do a 60-hour work week, just to compensate for that extra payment," he said.

The Bella Vista is now fully repaired, but the condo board is suing the people who built it.

The developer maintains it's not at fault, saying the building passed inspection.

A year and a half ago, the people who lived at Bella Vista called a press conference.

The residents had just been handed their repair bills for their condos totalling in the thousands.

The building is less than 10 years old, but there were problems with the roof, eaves and parkade.

The repair bills were crippling for the residents — many of whom had high-risk mortgages and little savings.

Since that time, 20 of the unit owners were handed foreclosure notices. Many, but not all, lost their homes.

Martiza Rodriguez lives on the fourth floor of the Bella Vista.

She is one of the owners who are dealing with foreclosure. But instead of packing up and leaving, Rodriguez is fighting to keep her home.

She runs a small spa from the second floor loft and describes her condo as her oasis — or it was, until about six years ago.

"So I would have been here three to four years, when I had horrendous leak in my window. I actually had to put buckets under the window to hold the water when it rained or the snow was melting. It was incredible. And the problem just got worse by the year."

The three-year-old condo was crumbling, the one-year developer's warranty was up and insurance wouldn't cover it.

When the owners divided up the repair bill, Rodriguez’s share came to $105,000.

"First of all, I saw the letter, I put it away and I was in shock. I had to continue working because I had to. It took me five days to start talking about it and talking with my neighbours, and talking with each other.

"I was frightened. I was devastated. It affected me physically and emotionally in every way. Especially when you don't have $100,000 in the bank to write a cheque for that amount and they only give you a few months to pay it."

She’s been in and out of court trying to convince the company to let her refinance. Her lawyer Clive Llewellen is defending her pro-bono.

"Maritza did nothing wrong. She got caught in circumstances that were beyond her control. I thought from the beginning that I could persuade the lender to drop it, I thought it would be an easy task, but I've been in it for the long haul," said Llewellen.

With files from CBC's Kyle Bakx and Jennifer Keene