The bill to repair Calgary's crumbling City Hall and municipal building continues to rise, it's now estimated at around $150 million.

Councillors say it's a politically hard investment to make 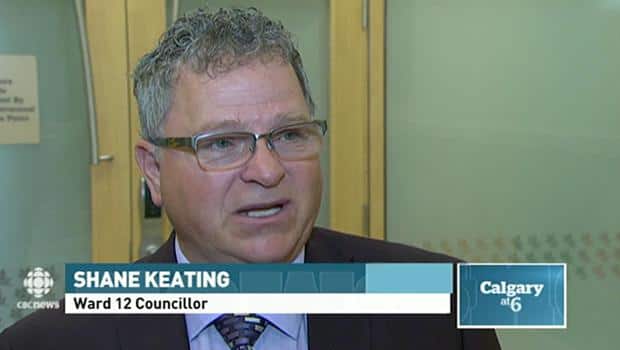 6 years ago
2:10
The bill to repair Calgary's crumbling City Hall and municipal building continues to rise — it now tops $144 million. 2:10

The bill to repair Calgary's crumbling City Hall and municipal building continues to rise, it's now estimated at around $150 million.

A council committee today directed administration to prioritize the repairs so it can discuss this fall where to start on a growing problem.

The old sandstone City Hall and the blue glassed municipal building, which opened in 1985, are in need of some repairs. Pieces of sandstone are falling off, the skylights leak and some of the stairs are crumbling.

Coun. Gian-Carlo Carra says not only does it look bad, but it could also be dangerous.

Carra blames previous councils for not keeping up on all these repairs. He says politically it's easy to keep delaying the work — but the price tag will keep growing.

Among the bigger projects – an estimated $38 million is needed to repair the municipal plaza and make the building more accessible.

And about $13 million is needed to repair the sandstone exterior of the old city hall building.

The city's GM of corporate services, Brad Stevens, says it will take years to do it all so they have to prioritize.

“It's very similar to what a household would do. If you think you can actually reduce your monthly operating costs by windows or a roof, those are the ones that will get higher priority than some of those other items that might be on the list.”

The bureaucrats will bring that prioritized list forward for council to consider this fall when it debates the budget for the next four years.

With files from Scott Dippel/CBC