All children who were attending a downtown Calgary child care centre licensed for nearly 100 — along with their families and two dozen staff — have been asked to self-isolate for more than a week after one of the kids tested positive for COVID-19.

All children who were attending a downtown Calgary child care centre licensed for nearly 100 — along with their families and two dozen staff — have been asked to self-isolate for more than a week after one of the kids tested positive for COVID-19.

The news comes on the same day that Ontario said a baby in that province tested positive, which would make the two cases the first known ones affecting children in Canada. As of mid-day Thursday, there had been at least 137 presumptive and confirmed cases and one death reported in Canada. At least 23 of them are in Alberta.

The two-year-old was last in the daycare on March 6 and it was closed as soon as the case was confirmed, according to Suncor spokesperson Erin Rees.

"I think this is a case where the process worked," Rees said. "Where a child wasn't well, so they didn't come into the daycare, sought medical help, were tested and as soon as the case was confirmed the daycare was closed and all affected are now in self-quarantine."

Korrie-Mae Wiszniak — the CEO of Kids at Churchill Park, which operates the daycare — said it was licensed for 98 children and has 24 staff, although she didn't specify how many were attending when it closed. 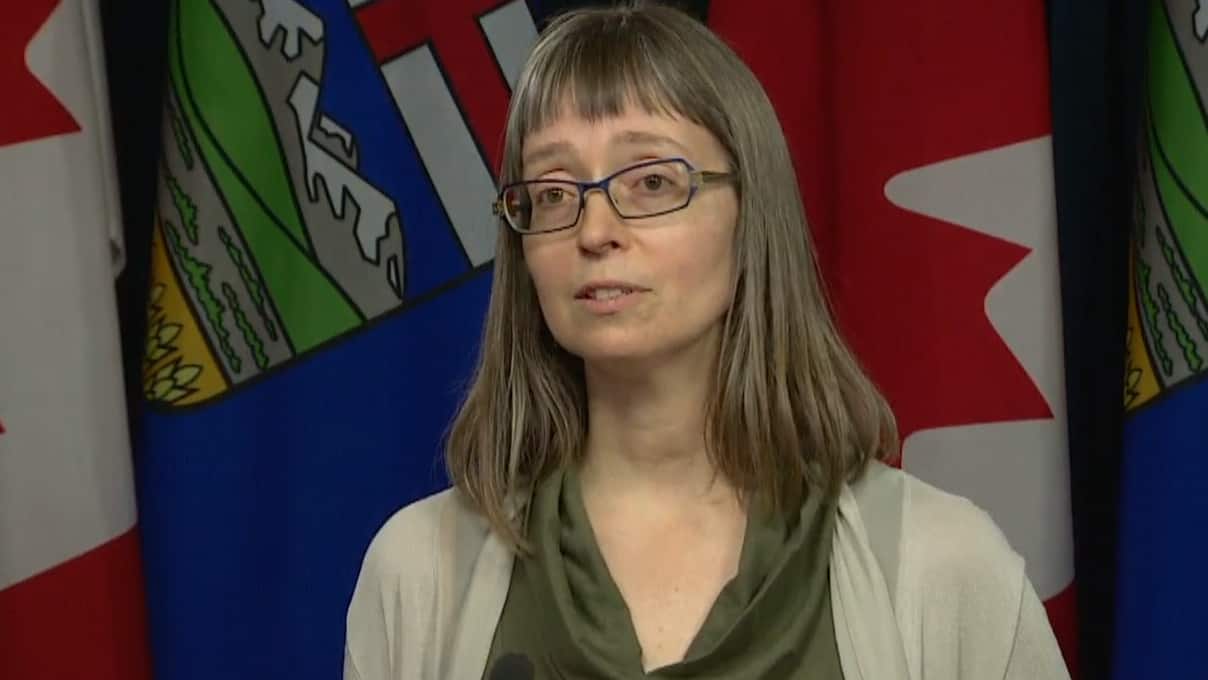 12 months ago
1:54
Dr. Deena Hinshaw, Alberta’s chief medical officer of health, says the child who travelled with family to Florida is expected to make a full recovery. 1:54

All staff are self-isolating at home and the daycare will remain closed until March 23, Wiszniak said

"Everyone is understandably upset by the news, and we're just ensuring that we follow all Alberta Health Service protocols and do what we can to keep everyone safe."

All children who attended the care centre and their parents have been asked to self-isolate until March 20, she said.

Rees said Suncor hasn't implemented any restrictions on its broader workforce, but has asked staff to self-monitor for symptoms.

With four new cases reported on Thursday, all in the Calgary zone, the province's chief medical officer of health said Alberta must adopt aggressive new measures to limit the spread in the virus. Dr. Deena Hinshaw held a news conference to advise that public gatherings of more than 250 people and all international events should be cancelled as Alberta's public health system works to contain the spread of COVID-19.

How children are affected by COVID-19

For most people, the novel coronavirus causes only mild or moderate symptoms, such as fever and cough. For some, especially older adults and people with existing health problems, it can cause more severe illness, including pneumonia. The vast majority of people recover from the virus.

"In terms of the evidence that we have from the outbreak to date, children are affected much less severely than adults, and that goes for the severity of the cases as well as mortality rates," she said. 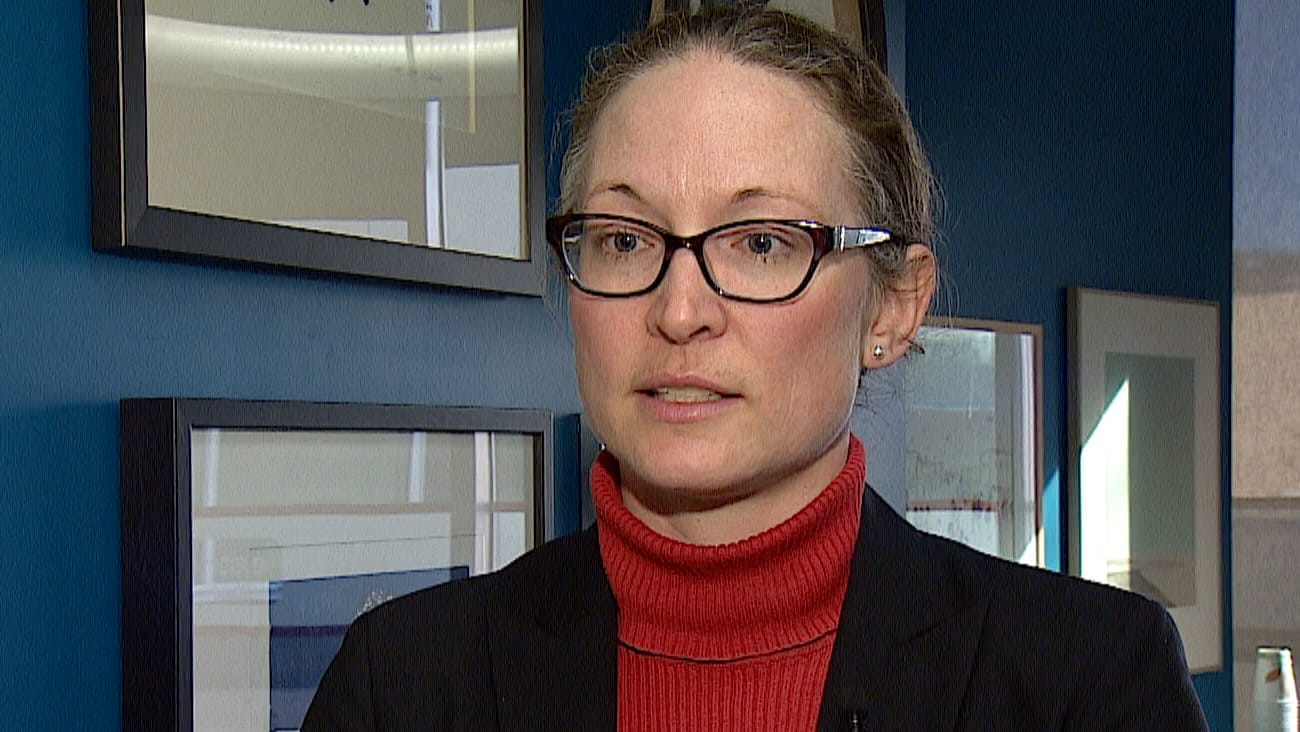 What does cause concern is that children are more likely to pass the virus on to others.

"This is going to be very challenging for public health at this point," Meier-Stephenson said. "These children can spread it with very little symptoms, which is going to make this that much more challenging."

Meier-Stephenson said children have to practice the same habits as the adult population.

"As challenging as it may be, we have to regularly get our kids to wash their hands and stay away from individuals in the family who may be more vulnerable to this illness and keeping them home if there's any sign of illness," she said.

The case hasn't been confirmed publicly yet by health authorities, but it would bring the number of confirmed cases in Alberta to at least 23.

On Wednesday afternoon, Alberta's chief medical officer of health, Dr. Deena Hinshaw, reported five new cases of COVID-19, bringing the total number in the province to 19 at that time.

All of the cases are travel-related, Hinshaw said, hours after the World Health Organization officially listed the global outbreak of the illness as a pandemic.

Hinshaw said one of the new cases involved an Edmonton man in his 30s who returned from international travel and began experiencing symptoms.

The man was treated on March 6 and 7 at the Misericordia Hospital for an unrelated condition, she said, before he tested positive for COVID-19 on March 9. He is now self-isolating. There is no risk to any patients or staff at the hospital at this time.

The other new cases in the province involved a man in his 20s and two women in their 30s from the Calgary zone, and a woman in her 30s from the central Alberta zone.

The five new cases that Hinshaw discussed Wednesday involved people who returned after travelling to Iran, Egypt, Spain, Mexico and the United States.

Though the 19 cases reported in Alberta by Wednesday involved people who travelled recently outside the country, Hinshaw said the province can expect to see some cases spread within the province.

The province's testing capacity has increased in recent days, Hinshaw said. By Wednesday, the province had conducted 2,619 tests, with close to 1,000 of those performed on Tuesday alone.

Hinshaw has scheduled another update on COVID-19 in Alberta for Thursday at 3:30 p.m. and CBC News will cover it.

On Wednesday, federal Health Minister Patty Hajdu said experts have suggested the coronavirus could infect 30 to 70 per cent of the population. The World Health Organization (WHO) has formally declared the outbreak a pandemic.

The Public Health Agency of Canada (PHAC) still assesses the risk as low to Canadians, but says there is a higher risk of severe outcomes for people older than 65 and for those with lowered immunity or chronic health conditions. PHAC says it is continuously assessing the situation "as it evolves rapidly."

Across the country, concerts, conferences, sports events and other public gatherings have been cancelled. On Thursday morning, the NHL suspended its season due to COVID-19. 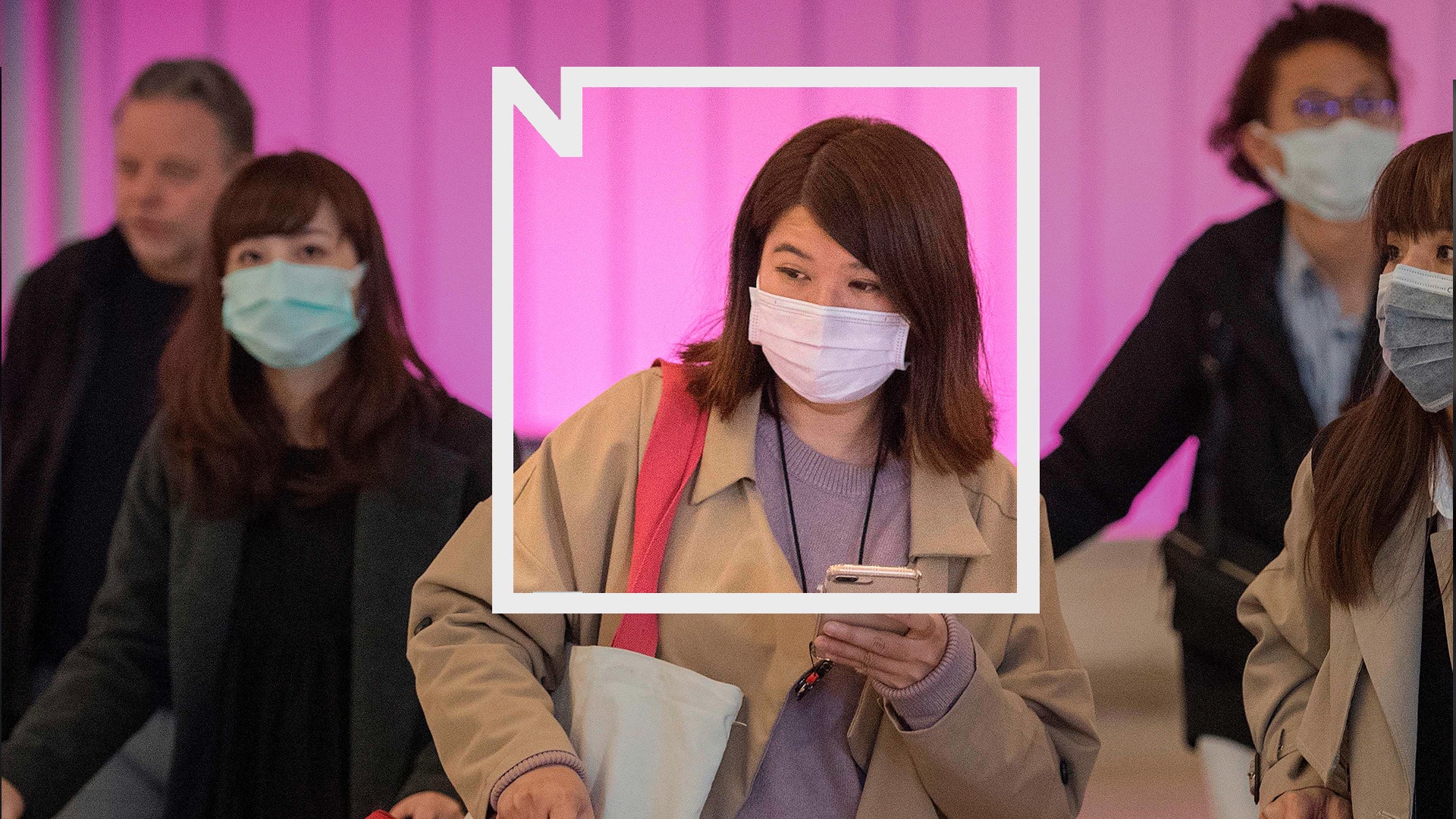 Will wearing a mask protect you from the coronavirus?

1 year ago
2:27
You see more people wearing them in public, but will wearing a face mask really protect you from the coronavirus?    2:27

With files from The Calgary Eyeopener and the Associated Press