Entrepreneurs hope to cash in on new marijuana market

With marijuana set to become legal by next summer, many entrepreneurs are seeing green in Calgary this weekend at the Cannabis and Hemp Expo. 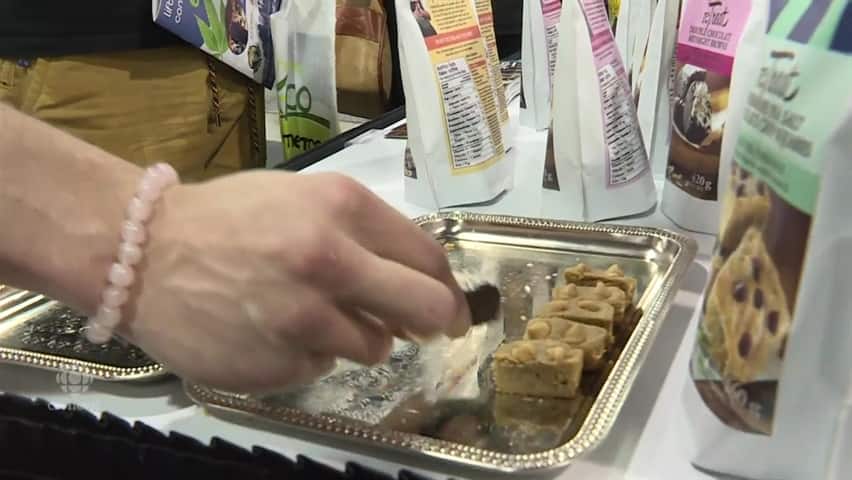 4 years ago
0:35
The business side of the marijuana industry is being explored at the Cannabis and Hemp Expo Calgary at the Big Four Building. 0:35

With marijuana set to become legal by next summer, entrepreneurs are seeing green in Calgary. Green, as in the ability to make a profit from the burgeoning cannabis industry.

Dozens of companies, small and large, are showcasing their products and services this weekend at the Cannabis and Hemp Expo Calgary at the Big Four Building on the Stampede Grounds.

Brad Kossowan never thought he'd be in the baking business.

But the Calgary entrepreneur got hungry for a slice of the marijuana market.

"ReTreat is trying to dispel the typical cannabis edible offering," he said.

"We've tried to marry science and art with gastronomy, which is the science behind the cooking, to bring to market a culinary cannabis experience."

"It's exciting times," she said. "Especially when the economy's not doing great with so many factors and the world right now, this could be a huge opportunity for people."

Marijuana is set to be legalized next summer but it will be up to each province to set rules around how it will be distributed and sold.

Vandersteen says she hopes that legislation will allow smaller outfits like hers to produce and sell it, and not restrict it to larger corporations.

"What intrigues me is the amount of interest there is in the cannabis space," he said.

"We know medical is legal and we also know recreational is coming so it's no longer a taboo conversation. There's a lot of businesses related to cannabis from production to distribution, refining, lifestyle, there's consumption, there's hundreds and hundreds of different elements, and that intrigues me as a businessman."

A 2012 survey by Statistics Canada found just over 12 per cent of Canadians over age 15 — about 3.4 million — had used marijuana in the year previous.

The same study found 43 per cent of Canadians over age 15 reported they had used marijuana in the past and 33.5 per cent said they'd used it more than once.

The expo wraps Sunday at 5 p.m.

With files from Kate Adach