A Calgary blogger was furious at seeing the reaction of some Rosedale residents to an affordable housing project approved this week. 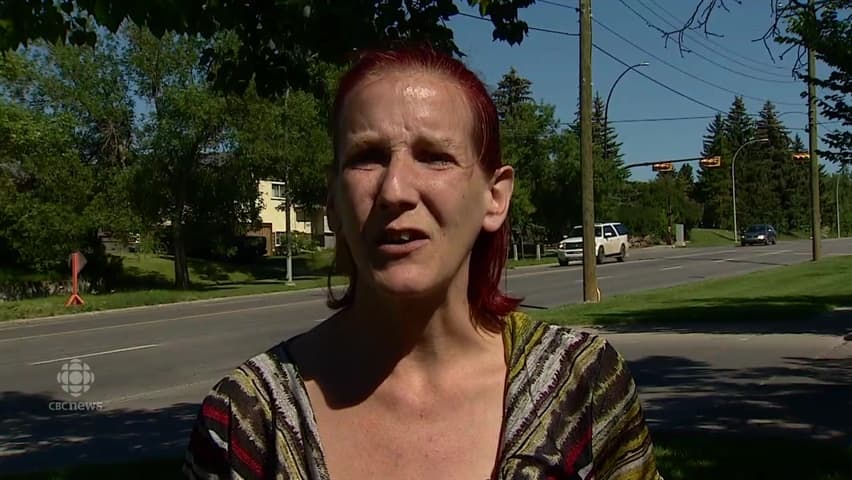 Calgary blogger fed up with NIMBY attitude by some in Rosedale

A Calgary blogger was furious at seeing the reaction of some Rosedale residents to an affordable housing project approved this week.

"I needed to share the anger and disgust that I see with stigma regarding Calgary Housing residents. That stigma is still very much out there," Amber Cannon told CBC News on Saturday.

Cannon — who lives in subsidized Calgary Housing — says feedback from some residents was full of stereotypes that she says are sweeping generalizations.

"We don't work. We cause trouble. We don't keep our yards clean. We are drug users. That is not the case," she said.

"We are hardworking citizens and we look out for each other. We are everyday Calgarians that just want the best in life for everyone. The stigma is really hard to challenge."

A 16-unit affordable housing project slated for eight skinny plots of unused land in the upscale northwest neighbourhood received the approval of a committee on Thursday.

Many area residents oppose the idea of adding affordable housing to Rosedale expressing their opposition through a petition and in comments written and emailed to city staff.

"Would the city put one in the middle of Mount Royal?" wrote another, referring to the well-off community in Calgary's southwest. "Enough said."

There are more than 3,000 households on the Calgary Housing waiting list and the city has added no new units in the previous three years.

'I was very, very angry'

Cannon says some of the reaction is over the top.

"I was angry," Cannon said. "I was very, very angry that people can still treat people like this and that they have that right to treat people in low income like this."

Cannon writes a blog that explores issues around poverty in Calgary.

"Let me tell you about the people who live in affordable housing," she wrote in a Thursday post.

"Another neighbour has a job cleaning houses. She looks after her aging mother and I believe three or four children with a job that pays a little over minimum wage. Another lady I met at a meeting last night has two teenage boys and works for Calgary Transit."

"Rosedale residents, I don't believe, have engaged with that community and seen how they live and how hard they work or had their children play with them. I don't think they have had that opportunity," she told CBC News.

"Maybe if they had the opportunity to get to know them, maybe that stigma will change."

With files from CBC's Mike Symington and Robson Fletcher