Alberta is moving away from coal as a way of generating electricity, part of a plan that would see a heavier reliance on natural gas and renewable sources of power. It's a shift that has some in Alberta bracing for a boom in solar power.

A nondescript black briefcase sits propped open on one of the shelves at the Solar Store in Calgary. More Bond gadget than bag, this solar powered attaché case can run a flat screen TV for up to six hours.

It's just one of the green energy solutions on display at what is billed as Western Canada's first solar showroom. And the Solar Store's general manager, Denis Benoit, says Calgary is the perfect place for solar power to shine.

"Southern Alberta has some of the best solar resources in Canada," he says. "Calgary gets an average of 333 days of sunshine per year." 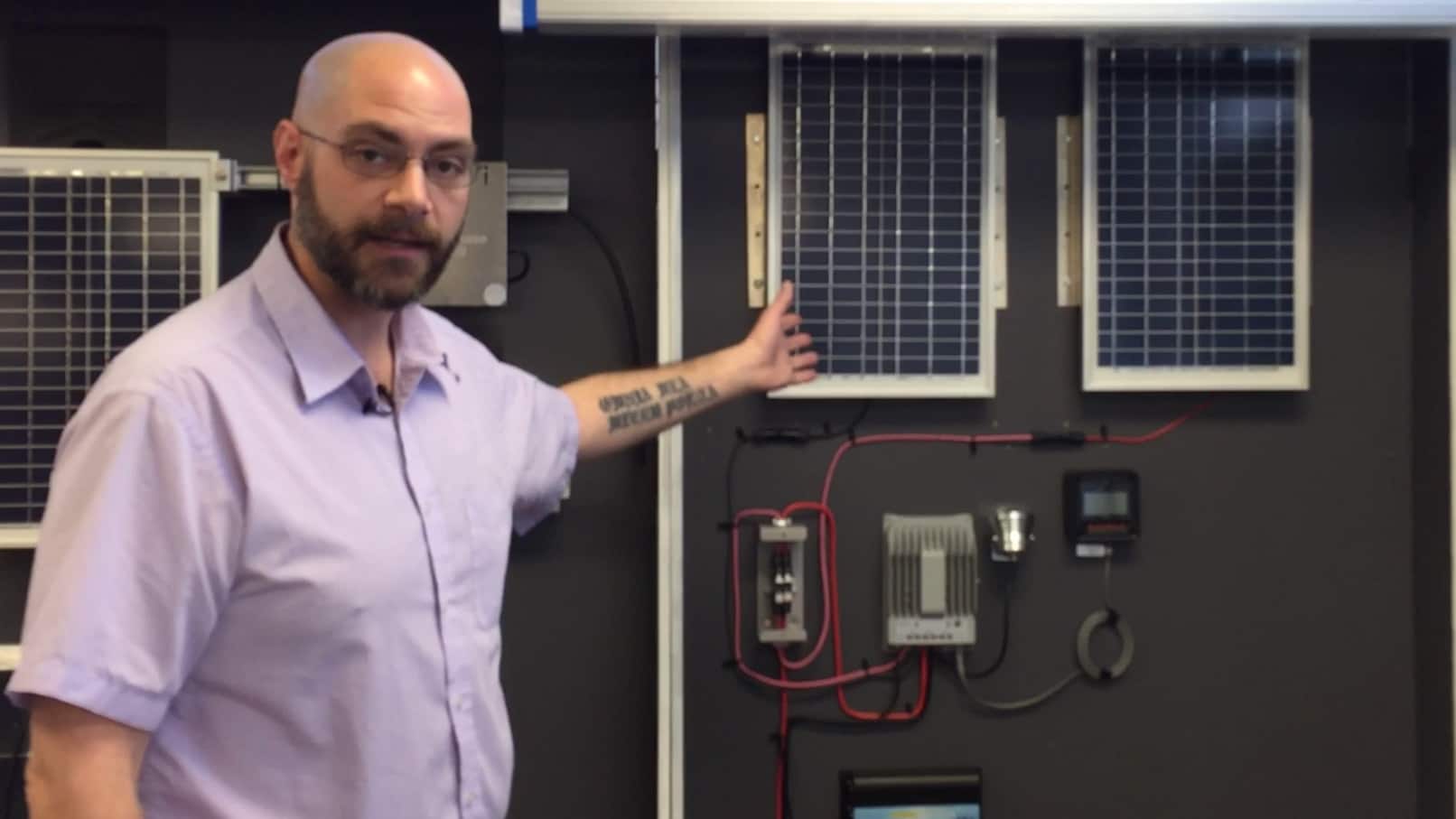 5 years agoVideo
1:07
The first solar showroom in Western Canada is up and running in Alberta. The Calgary shop is hoping to cash in on the greening of Alberta's energy mix as the province transitions away from using coal for electricity. 1:07

What's more, Benoit says capturing that energy is easier and cheaper than most people think. A simple solar kit that would keep the lights on and provide hot water for two people costs as little as $5,000, with more elaborate systems climbing upwards of $50,000.

He also feels that the NDP government's decision to move the province away from coal and towards cleaner forms of power generation could create a boom in the province's solar industry.

"One of the big reasons the NDP is going towards this new model is to reduce the amount of pollution that is being created, and these systems are a big step towards that."

In November, Alberta announced plans to phase out the use of coal-powered electricity generation by 2030, a daunting task in that more than half of Alberta's electricity currently comes from coal.

The plan is to shift that burden onto natural gas and renewable sources of energy like wind and solar, something that could force the cost of electricity up, making personal solar power more attractive to Albertans.

"One of the real advantages to these types of systems is that once you pay for it there are no additional costs. So your price today is fixed and once that is done, even if electrical costs go up, your price to generate the power you are producing does not."

Benoit says that the average solar package will pay for itself in energy savings in about 10 to 15 years, a timeline that could improve if the government begins offering incentives for people to embrace solar power.

Alberta has also announced that it will implement an economy wide carbon tax, which is another reason why Alberta's solar industry is poised to take off, Jackman says.

"The whole industry has been waiting for awhile, but certainly in the short term the interest has increased dramatically."

What's more, he says it isn't just retailers like the Solar Store anticipating a boom.

"We are seeing an awful lot of students just coming by and asking about solar and how can they get more training, and they tell me they know it's going to be a big thing."