'The most American thing ever': Video of Calgarian's baby bald eagle rescue from B.C. lake goes viral in U.S.

Calgary resident Brett Bacon, along with partner Lindsay and his newborn child, were speeding down Lake Windermere in British Columbia on July 4 when they spotted something in the water.

Calgary resident Brett Bacon, along with partner Lindsay and his newborn child, were speeding down Lake Windermere in British Columbia on July 4 when they spotted something odd in the water.

As the boat drew closer, Bacon realized there was a large bird floating in the water with its wings spread — a young bald eagle.

"As we got closer, he tried to fly away and he just couldn't get out of the water at all," Bacon said. "So at that point, I just realized that he was in a bit of trouble."

Lindsay started recording, and caught what happened next on video. 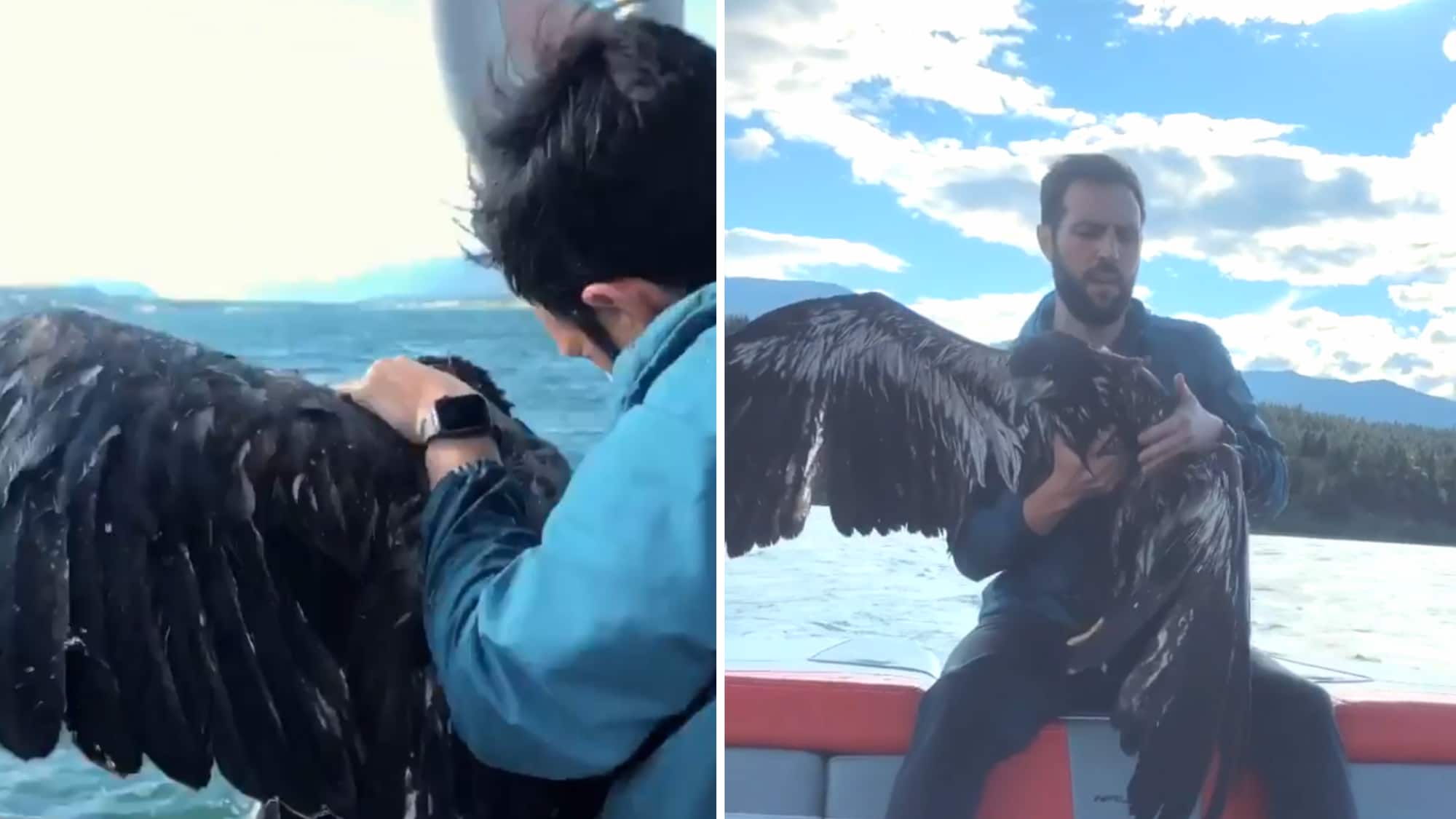 Bacon brought the boat close to the eagle and, after a failed attempt, succeeded in pulling it out of the water.

"I got him into the boat, and that time I held onto him," Bacon said. "He fully held onto me and sunk his talons through my jacket sleeves and into my arms. So that was really enjoyable to feel that."

Bacon and Lindsay cruised about a kilometre back to shore. There, they let the eagle free.

"He just kinda stood there shivering and hopefully warming up a bit," Bacon said.

Soon, video of the rescue was picked up by a popular Instagram account, and soon was followed by outlets like TMZ,  The New York Post and Fox News, with some comments referring to the July 4 episode as "the most American thing ever."

"I woke up on my birthday and the whole thing was going crazy," Bacon said. "My mom said it best — the reason it blew up, was because it had nothing to do with the world, nothing to do with COVID-19 … it's just a guy saving an animal, and glad to be part of it."

Bacon said he soon heard from wildlife officials about what would come next for the young eagle.

"He did get picked up by wildlife officials, they're going to be bringing him back, taking him somewhere outside Windermere and setting him free again," Bacon said.