Bowness Park in northwest Calgary has a couple of new attractions for the winter: an ice trail and ice bikes to rent, which are a first for a Canadian park, the city says.

Like a regular bicycle on a sled platform, they 'are a safe, stable alternative to skating'

Bowness Park in Calgary has a couple of new attractions for the winter — an ice trail and ice bikes to rent, which are a first for a Canadian park, the city says.

The 10 bikes are specially designed to ride on ice and are now available to rent and use on the lagoon at Bowness Park, the city said in a release Wednesday. 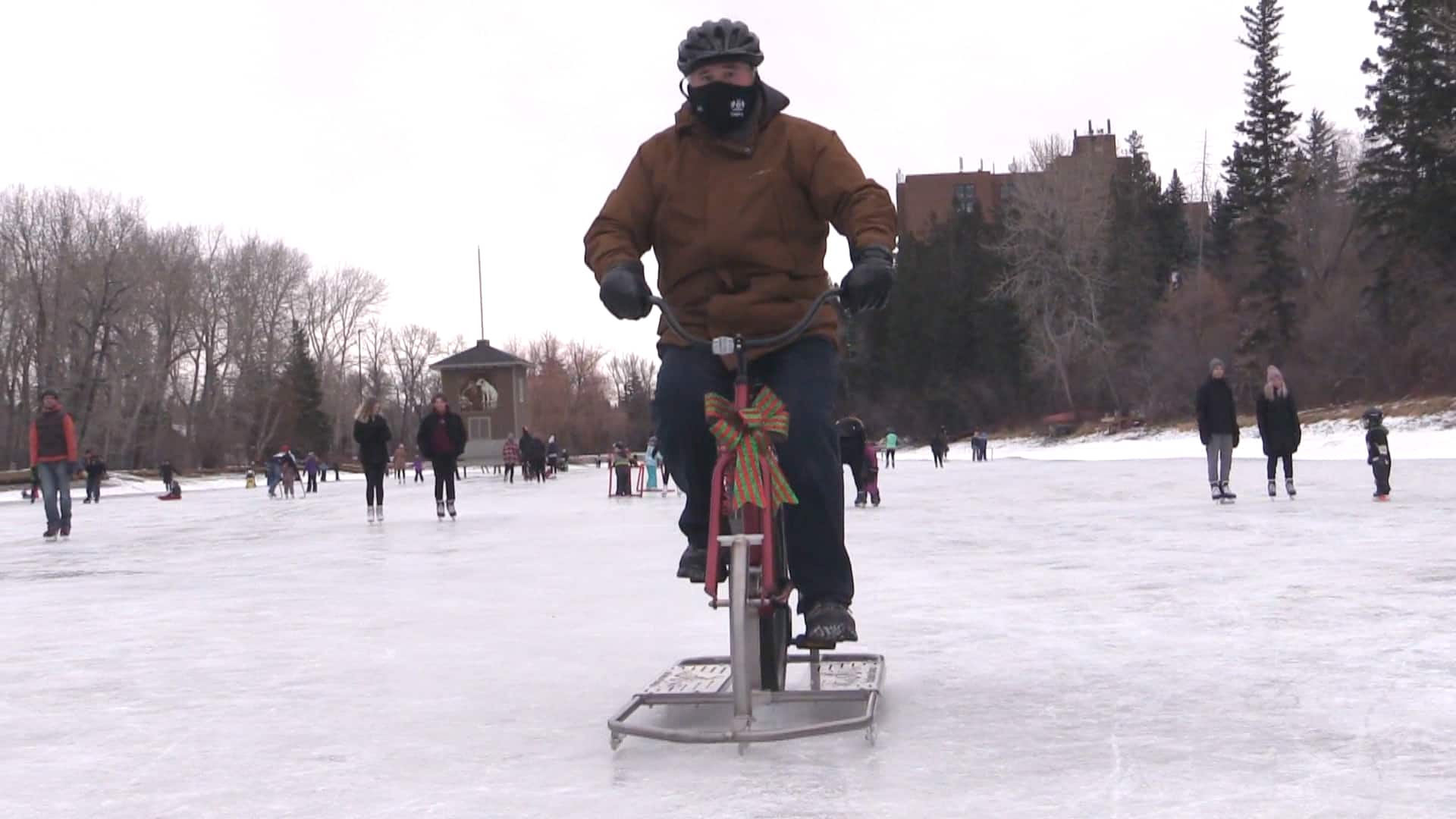 See an ice bike in action

"They are a safe, stable alternative to skating, or for those who want to try something new. Like a traditional bicycle mounted on a sled-like platform, users can pedal and steer around the ice as they would on a road," the city said.

The bikes come in child or adult size and can be rented from the Bowness Park Skate Shop, which is operated by the University of Calgary Outdoor Centre, for $12 per half-hour or $20 per hour.

Helmets are mandatory for users under 18 years old and strongly encouraged for all users, the city says.

The bikes will be sanitized between each use.

The other new feature at the northwest park is a purpose-built, 1.6-kilometre ice skating trail alongside the Bow River. It's expected to be ready for use before the end of the year.

The surface of the ice trail is about eight centimetres thick and was created by flooding the grass with water, in layers, until a sufficient thickness was achieved, the city said.

The city says all public health orders concerning physical distancing must be adhered to when using the ice bikes and the ice trail, and that current restrictions prohibit outdoor social gatherings, except for the members of a person's immediate household.