Two families are grappling with differing isolation rules after being told to quarantine their kids due to possible COVID-19 exposure at Bowness High School.

One family is under complete lockdown, the other can still send a sibling to school

It's a phone call most parents of kids attending school this year fear, the news that their child must isolate due to exposure to COVID-19.

Melissa Archbold and Tara Orgill were parents on the receiving end of that call from Health Link on Saturday.

"I was pretty angry when I got the call. It was just kind of like a shock, right?" Orgill said on the Calgary Eyeopener.

Orgill, whose son Taylor attended the school, has three kids who are under the age of 17.

She says her family worked hard all summer to stay safe, especially given her own health issues, and for this to happen in the first week of school was very frustrating.

Archbold has two children who attend Bowness High School, a son in Grade 12 and her daughter Zoe in Grade 10.

"She's pretty upset, starting a new school, barely getting around for a whole week and then being sent home," said Archbold.

She says as a family they haven't really been going out in public and have been very careful.

While grappling with the reality of pulling a kid from school, the two parents have also said it adds another layer of stress and confusion that they appear to be receiving different instructions about protocol during isolation.

Dr. Deena Hinshaw, chief medical officer of health for the province, has laid out the message that children must isolate for 14 days if they are exposed to the virus.

Orgill, who lives on a main floor with her children, was told that the entire family must immediately self-isolate. Her son Taylor, who attends Bowness High School, shares a bedroom with one of his siblings.

"You can't really isolate from each other. You know, it's kind of difficult. You have to, like, still use common areas and things like this. So it's not as easy as it looks," she said.

Archbold received different instructions for her daughter Zoe, from her Health Link call. 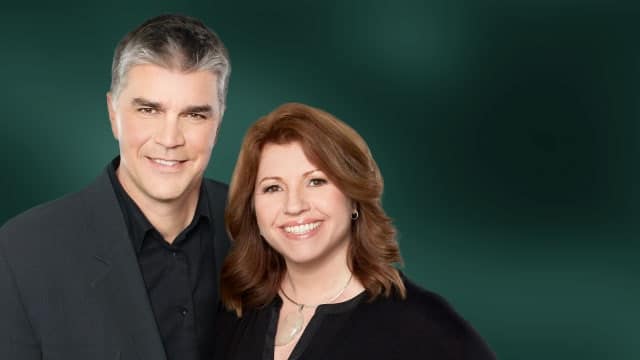 She was told that so long as Zoe used her own bathroom and stayed confined to her bedroom, the rest were free to go where they like. This includes her son, who has been attending school this week.

"I found that extremely confusing and frustrating," said Archbold.

Zoe has no symptoms, so Archbold asked if her daughter did receive a negative test, could she return to school. She was told by Health link that her daughter must stay home the full 14 days.

"Today is her birthday, so she'll be spending that in isolation," said Archbold.

Her daughter has been able to participate in some online learning activities from home this week, but she believes more isolation for her teenager could have a negative impact on her mental health.

Dr. Lynora Saxinger, an Infectious disease specialist, says people who were in close contact with a positive case can become infected days later.

"You can actually develop infection even out to 14 days, most of them before, but 14 days. Which means if you test negative, that doesn't mean that you're not going to test positive the next day," said Saxinger.

"The issue just basically is you can't rely on a negative if you're still within that period where infection can still develop. And, you know, we just don't have the technology to have a perfect test that can be done every single day."

Saxinger says if by the end of the 14 days the close contact hasn't had any symptoms, they are in the clear.

For Orgill, she has decided not to return Taylor to Bowness High School, and opted to enrol him in an outreach program instead.

"It's kind of home based, but … they get that teacher interaction. It's more one-on-one and it's less exposure."

She says that when she enrolled her kids, she didn't expect a COVID-19 interruption to take place so soon, and thought it would be better handled.

I think frankly there's just no transparency … the disruptions are going to be endless.- Melissa Archbold, parent

Archbold says she did expect to hear about kids getting sick quite early, given the realities of the back-to-school plan.

She still made the decision to enrol her children as she saw value in hands-on teaching, especially for her son, who is in mechanics and construction in his final year of school.

"We went into this knowing that was the risk we were taking," said Archbold. "What I didn't expect is that if you were even in the classroom with someone, that you're going to be sent home."

Archbold expressed frustration at the provincial government's back-to-school rules, especially now that she is personally dealing with the result of them. However, she will keep both of her children at Bowness High School because she says the social aspect of school is important for her kids.

"I think frankly there's just no transparency … the disruptions are going to be endless," said Archbold.

With files from Lucie Edwardson and the Calgary Eyeopener.