BMO Centre expansion on track, Corral to be demolished this month

The $500-million expansion of the BMO Centre is on track for a spring groundbreaking, according to the Stampede, and that means the demolishing of the old Corral will start this month.

The $500-million expansion of the BMO Centre is on track for a spring groundbreaking, according to the Stampede, and that means the demolishing of the old Corral will start this month.

The Stampede and the Calgary Municipal Land Corporation, which is in charge of the development, say construction of a new hall as part of the existing facility means work can now proceed.

"Over the past 18 months, our project team has made significant progress on the preparatory work required to support the successful delivery of the BMO Centre expansion," said Kate Thompson, president and CEO of CMLC, in a news release.

"While we've certainly had to adapt and respond to health guidelines brought forward from the pandemic, we are now moving into the next stage, which lays the groundwork for the expansion to be built — it's a major step for the project and the realization of Calgary's Culture & Entertainment District."

Crews have already started removing materials from the outside of the Corral, as well as the Plus-15 walkway on its south side.

"We have been busy on the interior of the demolition zone, the Corral and Hall A of the BMO Centre, and we've been preparing the building for demolition," said Jim Laurendeau a vice-president at the Calgary Stampede.

"Demolition will get underway early next week and we'll be beginning with the smokestack of the Corral and bringing that down. And over the weeks to follow, the remainder of the building will start to slowly come down."

The Stampede says in a news release that "memories and memorabilia of the Stampede Corral have been carefully preserved and placed in storage." It says those items that could not be preserved, including the neon cowboy and large concrete figures on the outside of the building, have been documented and could be recreated in the future.

The BMO expansion is one of four projects identified by the city as a priority capital investment — including the new arena that will be built nearby — and received funding from both the province and Ottawa in addition to the city's contribution.

The expansion project will double the capacity of the convention centre, and proponents say it will put Calgary on the map for large conventions and events. 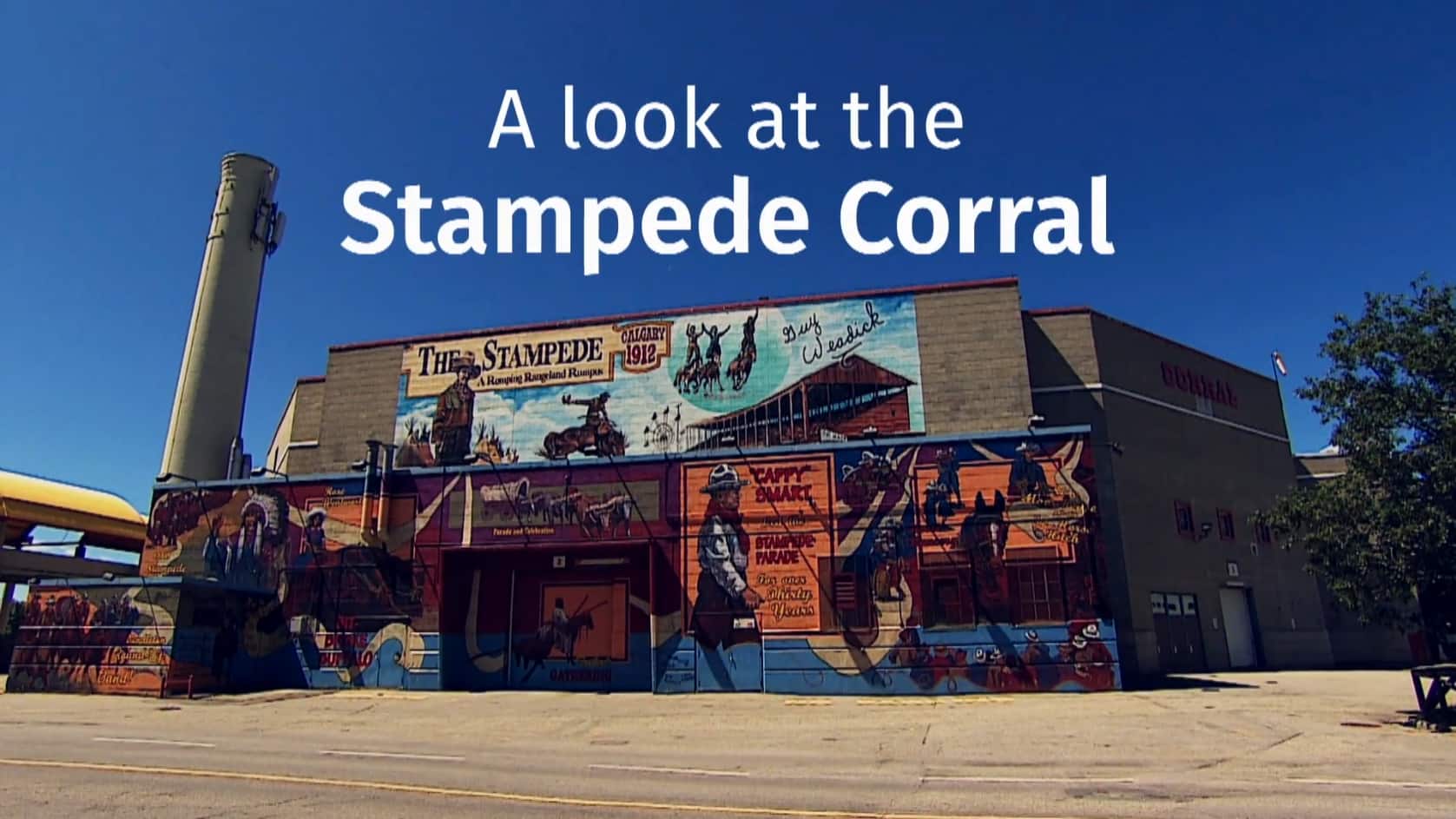 A look at the Stampede Corral before it disappears

6 months agoVideo
3:54
While there won't be a dramatic implosion, the Stampede Corral is slowly fading into history over the next six months. 3:54

The BMO Centre's current size of 285,000 square feet limits which conventions it can accept. The Calgary Stampede has previously said the venue turns down 11 to 14 large conventions each year.

The Stampede estimates the new BMO Centre and other elements, including the controversial events centre, could draw private infrastructure investment of roughly $1 billion.

The expansion will break ground next spring and is expected to be complete by 2024.