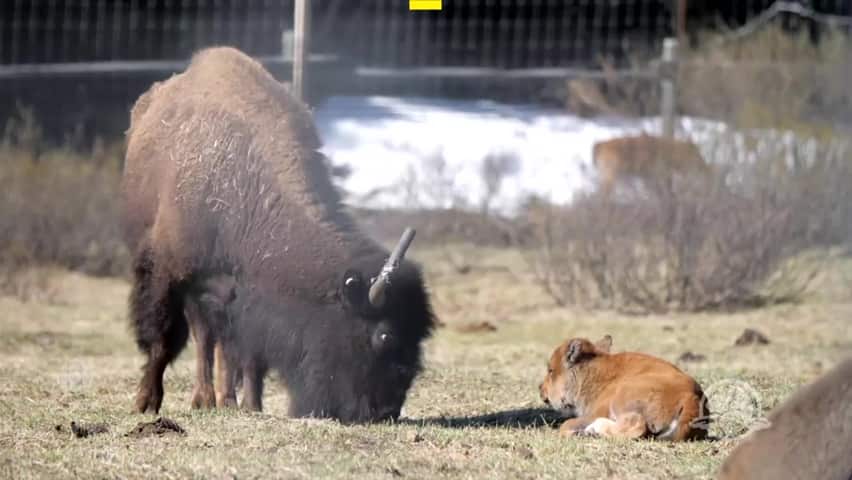 4 years ago
0:41
Ten bison calves born into a herd that was moved from Elk Island Park to Banff National Park are doing well, Parks Canada says. 0:41

The calves were born in the backcountry between April and May, bringing the herd's number to 26.

"These new additions represent the future of bison restoration in Banff National Park," Parks Canada said in a release.

"For the next few months, the calves will stay close to their mothers as they navigate their new world."

The initial 16 adult bison — primarily pregnant two year olds — were brought to Banff in February. The herd is being kept in a remote paddock until next year, when more calves are expected to be born.

Parks Canada has closed off the area around the pasture, with a 25 metre buffer zone, at the confluence of Panther River and Wigmore Creek, near the Windy patrol cabin.

Camping is prohibited within 400 metres of the pasture to minimize disturbance to the herd so the animals stay calm and get accustomed to their new home over two calving seasons.