Federal Finance Minister Bill Morneau stood before a friendly crowd Wednesday as he addressed the Calgary Chamber of Commerce — one day after the federal government announced plans to buy the Trans Mountain pipeline project.

Federal Finance Minister Bill Morneau stood before a friendly crowd Wednesday as he addressed the Calgary Chamber of Commerce — one day after the federal government announced plans to buy the Trans Mountain pipeline project.

At the Big Four Roadhouse in Calgary's Stampede Park, talk of the federal government's $4.5-billion purchase was met with a round of applause by Calgary's business crowd.

"I know that doing this will make a statement to all of you in the room and a statement across the country that the federal government is willing to step up," Morneau said.

"We do want to support the oil and gas sector, and there will be those of you who wonder how much we'll support that sector. And when you have that question, I want you to think back to yesterday and that's the example of how strongly we'll support the sector."

Not everyone in the crowd was supportive of the pipeline project. The gathering was briefly interrupted by three protesters brandishing signs decrying the federal government's "bailout" for the oil and gas sector in the face of climate change.

As the protesters were led from the building, Anna Gerrard, from Climate Justice Edmonton, told CBC News they're opposed to the plan. She said they don't believe public funds should be invested in a project when there are Indigenous cases before the courts by people who believe they were not properly consulted.

"Our prime minister thinks that it's appropriate to use public funds to bailout a project that does not have a social licence, that does not have the consent of communities and is completely unacceptable in 2018 to use public money … on a project that expands the fossil fuel industry in 2018 when we're supposed to be taking real, meaningful action on climate change," she said.

Morneau quickly recovered and told the crowd his government will continue to face challenges when it comes to doing things that will make an enormous difference in the lives of Canadians.

"We live in a democracy, so we will continue to face people presenting their points of view and that is something that we as the federal government expect to happen as we move forward on getting this project done in the best interests of all of us," he said.

Outside the building, a much larger crowd gathered to show support for the pipeline project. One of those supporters was former Saskatchewan premier Brad Wall, who said that while he supports federal government buying the project from Kinder Morgan, there were other moves the Liberals could have taken to put pressure on B.C. — where Premier John Horgan has been a vocal opponent of the pipeline expansion. 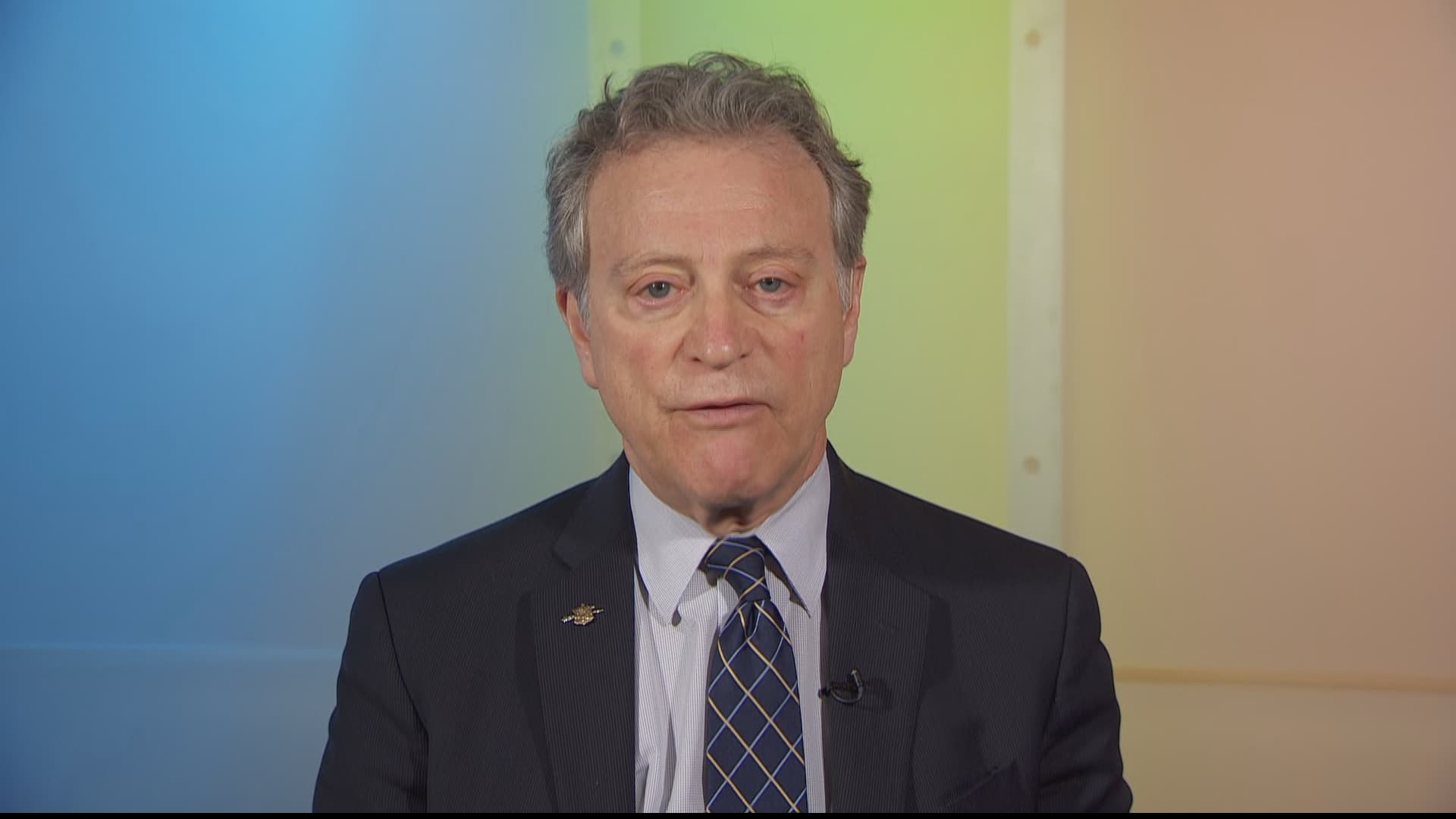 "There's also transfer payments that could have been leveraged. And maybe more importantly, you could have had the federal government get a Supreme Court of Canada reference first to assert federal jurisdiction," he said.

Morneau stressed the government's decision to assume financial responsibility for the pipeline expansion project was not made lightly, and they don't plan to be involved for long.

"We don't think that, long term, the federal government should be involved in commercial activity that shows such good potential value for the private sector," he said.

The government is to purchase the pipeline and related infrastructure from Kinder Morgan on a short-term basis until a new owner can be found.

Supporters of the the move say the government's purchase of the project helps ensure the pipeline extension will be built, which will preserve jobs, reassure investors and get resources to world markets.

The deal has yet to be approved by Kinder Morgan's shareholders, and is not expected to close until August.​