Corporate funding of universities is more important now than ever before, but that money can also come with strings attached. When corporate interests conflict with the academic freedom to be critical of industry who wins? And, more importantly, who loses?

If the University of Calgary is looking to refresh its motto, Mo shuile togam suas, Gaelic for "I shall lift up mine eyes," it might consider Timeo Danaos et dona ferentes — beware of Greeks bearing gifts.

The Latin phrase, which refers to Virgil's retelling of the Trojan horse tale, may be dated, but it's still a warning the U of C, as well as schools around the country, would do well to heed today.

At the university's Scurfield Hall, it's tough to find a space that isn't dedicated to a corporate benefactor — TransCanada, BMO, ConocoPhillips, RBC, KPMG, ATCO and others.

The scene is much the same at business schools across Canada.

Corporate money is now more important than ever to post-secondary institutions, as governments' share of funding continues to slide. Against that backdrop, the need for schools to find new sources of financing, whether philanthropic or corporate, is easy to understand. Less apparent is what the private sector gets for its money and, more importantly, what universities give up.

Canadian universities are undoubtedly big business, but just because billions in public and private money flows through their doors every year doesn't mean they're the same as businesses.

Unlike corporations, which have a mandate to maximize profits, university research is supposed to be undertaken for the public benefit. For today's universities, managing the inherent conflicts that can arise from those competing interests is a fact of life.

In the long run, the oil industry needs to navigate a complicated and changing global world, and it doesn't actually help them to have a weak local university that's a lap dog.– David Keith, Harvard University

The benefits of academics having the freedom to follow their research wherever it takes them come in all shapes and sizes, whether it's biomedical breakthroughs, scientific discoveries or better public policy.

When corporate interests start to infringe on academic independence, however, researchers aren't the only ones that lose.

"All around us, everything we do, from the safety of vehicles to the air we breathe to the food we eat — academic independence is something we need across all areas if we want to be able to truly trust the research," said Garry Gray, a professor at the University of Victoria, who studies how funding biases can skew academic research.

A matter of trust

"When your children go to school or they're eating their lunches, you want to be able to trust that the food they're eating is safe. To get things through regulatory approval it often helps to have reports or peer-reviewed studies to show something is safe or good and you want to be able to trust that research was conducted in a non-biased way."
At the U of C, the abbreviated life of the Enbridge Centre for Corporate Sustainability can serve as a warning to other schools about what can happen when industry is allowed too far inside the walls of academia.

That Enbridge would want a say in how its money is spent makes sense.

Part of the long game for the company is winning public support for controversial projects such as the Northern Gateway pipeline that would run from northern Alberta to the Pacific coast. Airing commercials at Tim Hortons and on Air Canada flights is part of that campaign.

In that light, it's a no-brainer for the country's largest pipeline company to put $2.25 million over 10 years into a high-profile research institute.

It's a relatively small investment that allows Enbridge to benefit from the goodwill, trust, and reputation of one of Canada's largest universities. From a public relations perspective, that's already money well spent before any research even gets done. 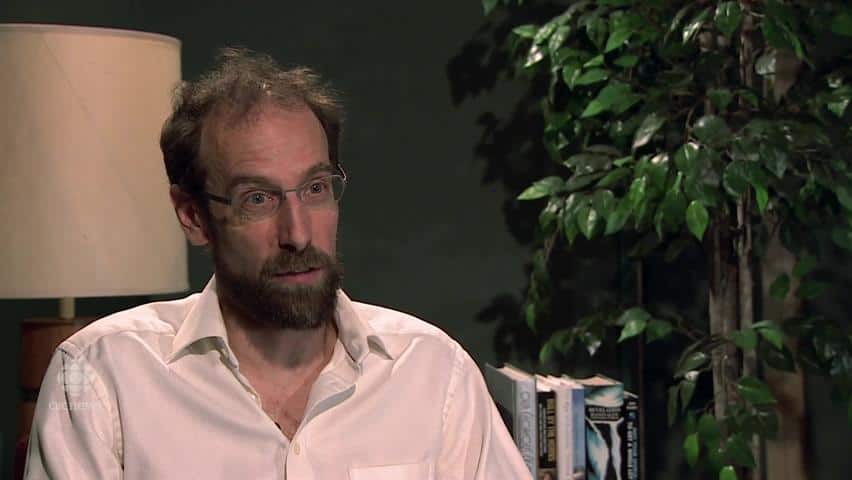 5 years ago
1:15
Former U of C professor David Keith says the university rolled over to a corporate donor, instead of balancing public interests 1:15

The job of balancing corporate interests with the loftier goal of serving the public good falls to the university.

Without the proper protocols in place to protect academic independence, research can be compromised in ways both explicit and less visible. Something as subtle as casting a question in a way that won't alienate a corporate sponsor, asking about A instead of B, can distort eventual findings.

The failure of a school to protect researchers from funding pressures comes with real costs to the public that go beyond simply losing out on a single research institute, such as the Enbridge Centre.

"In the long run, the oil industry needs to navigate a complicated and changing global world, and it doesn't actually help them to have a weak local university that's a lap dog," said Harvard University professor David Keith, who left the U of C a few years ago in part over how the school handles its relationships with industry. "The downsides around energy and the environment have the capacity to torpedo the economy of [Alberta]. I'm not claiming that some good analysis from the U of C would have magically saved the province, but … better, more unbiased, more forward-looking analysis could have helped us collectively make better decisions, and we lost that."

Alberta — and Canada, by extension — faces big questions about how its oil and gas industry will deal with a low carbon future.

The Paris climate change talks, which start later this month, are another milepost along a road that's yet to be mapped, as the worlds of energy, the environment and industry collide as never before.

For Canada's universities to contribute to shaping future energy and environmental policy, they first need to manage the conflicts of interest that multiply with every new partnership.

At the U of C, for instance, reaching out to industry is now a point of emphasis. Corporate funding is a key plank in its "Eyes High" initiative, which aims to put the school among the top five Canadian research institutions by next year.

As the Trojans found out, however, accepting a gift horse isn't always consequence free.

If the research and analysis produced by Canada's universities are to help the country navigate through an ever more complex world, then academics need the freedom to be critical of industry and challenge the status quo. Fail to meet that standard and a university fails itself.
CBC's Journalistic Standards and Practices|About CBC News