Lebanese Calgarians have been glued to screens and TVs watching the aftermath of a massive explosion that destroyed a huge part of Lebanon's capital Beirut on Tuesday.

Lebanese Calgarians have been glued to screens and TVs watching the aftermath of a massive explosion that destroyed a huge part of Lebanon's capital Beirut on Tuesday.

The blast happened in Beirut's port area, killing at least 80 people and injuring nearly 4,000 others as it sent powerful shockwaves through the city.

Videos of the explosion, which followed a large fire that people were already filming from a distance, showed a mushroom cloud and a cloud of dust from the blast.

Lebanon's interior minister said on Tuesday that the explosion was likely caused by thousands of tonnes of highly explosive chemicals, including ammonium nitrate, which were seized years ago and were in long-term storage at a warehouse in the port district.

Officials expected the death toll to rise as emergency workers dig through rubble to rescue people and remove bodies. 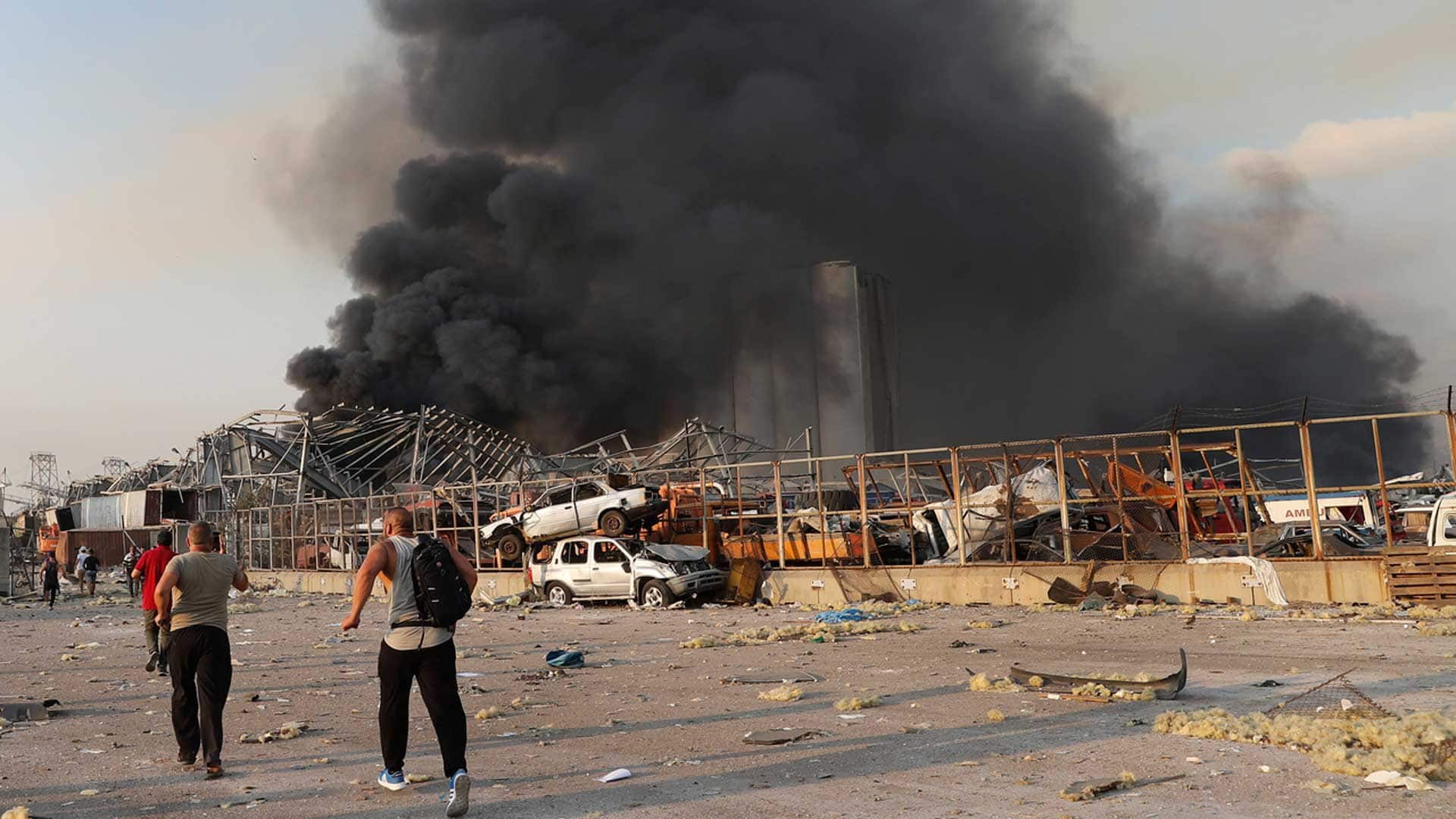 3 months ago
7:41
A massive explosion near the centre of Beirut has killed dozens in the Lebanese capital. Journalist Rebecca Collard, who is about two kilometres from the blast site, shares details on the ongoing rescue efforts. 7:41

Watching from thousands of kilometres away in Calgary, those with connections to the city spent the day checking in with friends and family members, making and receiving phone calls and watching news coverage.

"My company has an office in Beirut and it was devastating to see," said Calgary-based entrepreneur Afif Tabish, who travels frequently between Canada and Lebanon, and is from the capital city.

He says he's been following the events in Lebanon minute by minute.

"Most of the damage at my office was broken glass. It's in a commercial building with thicker glass but my uncle's house in Beirut, it was devastated, every window was blasted," Tabish said.

"I got the first video sent to me by a close friend of mine who lives maybe 100 metres away from the blast site and his house really got damaged. He got cuts and bruises from the second explosion," he said.

Tabish says many Lebanese Calgarians originate from rural, mountainous areas of the country rather than the capital but many have friends and connections there.

"The country is really suffering and we as Lebanese expats living in Calgary have relationships, family and business between the two countries," said Tabish.

"It's the talk of a lot of Lebanese here," he said. "I don't know how we're going to recover from this?"

"Is insurance going to cover this? Obviously Lebanon is broke, what's the next step?" Tabish said.

The explosions come at a bad time for Lebanon. The country is in the midst of an economic and financial crisis with an indebted government facing increasing inflation, soaring unemployment and poverty, all made worse by the coronavirus pandemic.

It could also mean a new humanitarian crisis in a nation that hosts hundreds of thousands of Syrian refugees.

The Canadian Red Cross is one of several agencies raising money to help in the aftermath of the disaster.

A long list of countries including Canada, the United States, Britain and France are also working to provide aid.