Fall is still a few weeks away, but bears in the mountains are already heading down into lower elevations looking for food to bulk up for their winter slumber. 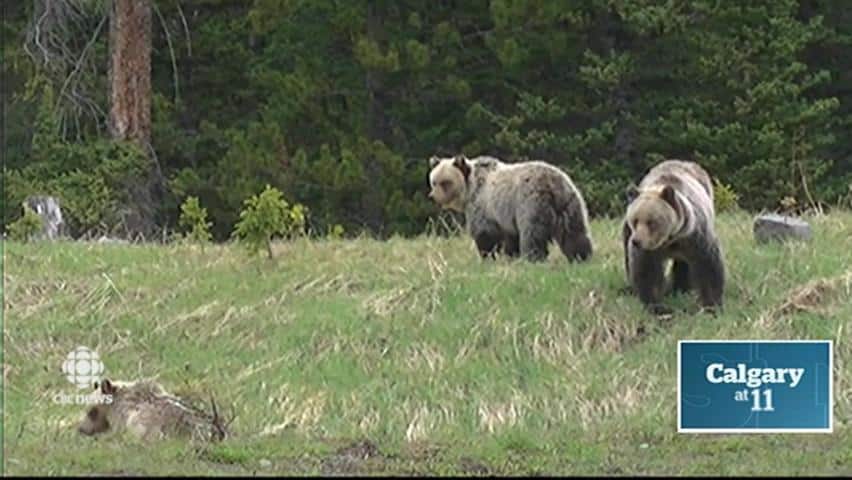 5 years agoVideo
1:30
Fall is still a few weeks away, but bears in the mountains are already heading down into lower elevations looking for food. 1:30

Fall is still a few weeks away, but bears in the mountains are already heading down into lower elevations looking for food to bulk up for their winter slumber.

A female black bear and her two cubs with a hankering for apples had to be moved out of a residential area in Canmore this past week.

John Paczkowski, an ecologist with Alberta Parks, says the bears were successfully moved to another location — but that isn't the answer.

"It's nothing to celebrate. It's not a warm and fuzzy feeling. Chances of survival for [them] is limited," he said.

Canmore resident Cindy Thompson says she tries to ensure there is nothing around that would attract bears — and that includes apple trees, something that bears love.

"They were here first, ... and so I'd just like to live here and get along with them," she said.

Tyler McClure speaks for Bow Valley Wildsmart, an community program that educates people about living and playing in bear habitat.

He would like Canmore residents to phase out apple trees. Failing that, he says people should pick the fruit before bears come a calling.

"It falls on the ground and starts to rot, and animals start to equate humans with food, that's when we get into problems," he said.