B.C. throne speech cites Alberta as example of how not to run a province

British Columbia's government has laid out its plan for the future in a throne speech that highlighted how the province must avoid becoming like its neighbour to east.

Speech says British Columbia must 'stay vigilant' to avoid becoming like Alberta, which 'lost its focus' 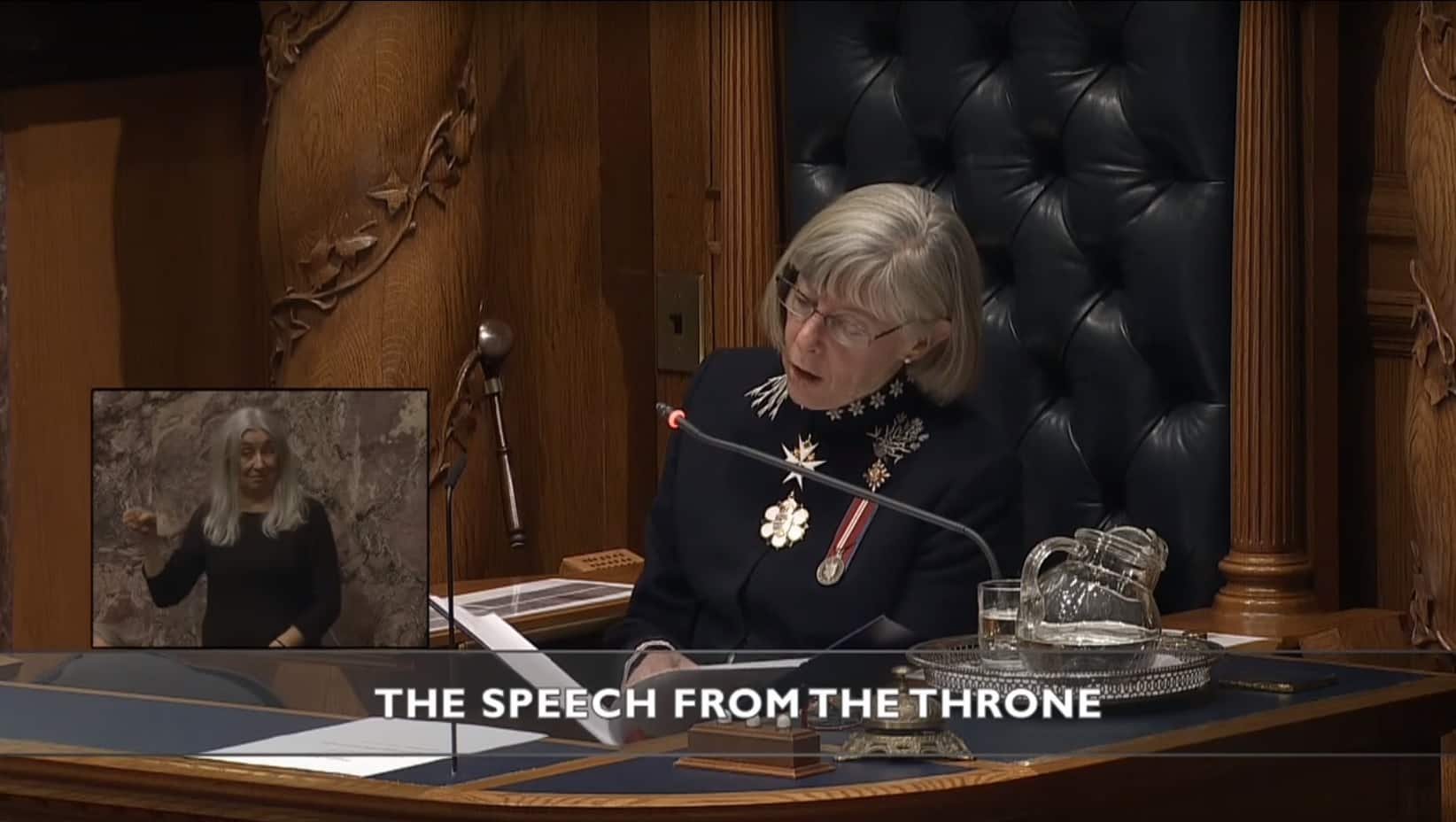 BC Speech from the Throne 2016

5 years agoVideo
0:33
British Columbia throne speech includes a jab at Alberta as an example of how not to run a province. 0:33

British Columbia's government has laid out its plan for the future in a throne speech that highlighted how the province must avoid becoming like its neighbour to east.

Alberta was mentioned several times in the speech as an example of how not to run a province.

"Consider our neighbours in Alberta – a province of similar size, and also blessed with natural resources," Lt.-Gov. Judith Guichon said, in delivering the B.C. Liberal government's vision for the new legislative session.

"Over the decades, Alberta lost its focus. They expected their resource boom never to end, failed to diversify their economy and lost control of government spending."

The speech goes on to urge British Columbians to "stay vigilant" in the face of low oil prices, global market uncertainty and a falling Canadian dollar, "and resist the temptation to spend our way into trouble."

The not-so-subtle jab at Alberta — a province facing a deficit of more than $6 billion and still smarting from a recent credit downgrade — didn't go unnoticed by Albertans.

Oates said the B.C. throne speech highlights the failings of Alberta's previous Progressive Conservative governments, which ruled the province for 44 consecutive years prior to the NDP's victory in the May 2015 provincial election.

"It's true that under PC rule, the government failed to diversify and squandered our resource revenue when times were good," she told CBC News in an email.

"We are proud to say that since taking office, our government has taken a number of steps to shift the province's focus to diversifying the economy and delivering efficient, responsive public services during the economic downturn."

A later portion of the speech was also seen as a criticism of Alberta's new carbon tax plan, although it didn't mention the province by name this time.

"B.C. was one of the first jurisdictions in North America to not only set a price on carbon, but to use that revenue to cut your taxes at home," the speech read.

"This is a truly revenue-neutral tax — not an opportunistic reach into taxpayers' wallets."

The speech goes on to say Alberta remains important to B.C. — as a customer.

"B.C. has the potential to be a clean energy superpower, helping others reduce emissions – whether by replacing coal-fired plants with LNG (liquid natural gas) overseas, or by supplying hydroelectric power to Alberta," it reads.

"Being a vital supplier of the things our neighbours and trading partners need is exactly how we are succeeding today. It is equally the plan for tomorrow."