An environmental group is raising the alarm about potential damage from a train derailment near Banff last week. 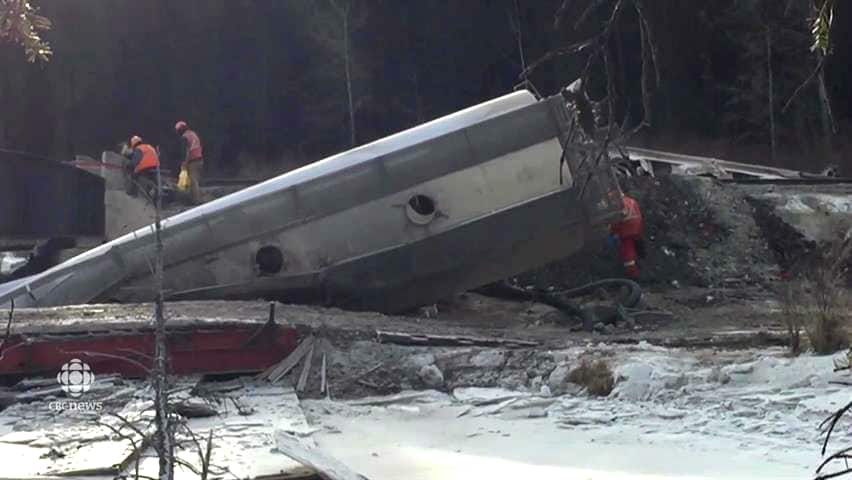 6 years ago
1:50
CBC's Erin Collins reports from the site of train derailment near Banff that is raising some environmental concerns. 1:50

An environmental group is raising the alarm about potential damage from a train derailment near Banff last week.

Eight cars landed in 40 Mile Creek, some of them loaded with soybeans and a substance called fly ash, a byproduct from coal production which is used to make concrete.

Any particles that get into the water will make it difficult for fish to breathe, said Alberta Wilderness Association spokeswoman Brittany Verbeek.

"Once things settle to the bottom it can impact spawning habitat,” she said. “All that sediment kind of blocks oxygenated water to be able to go through there so it kind of suffocates those fish eggs at the bottom of the streams."

Parks Canada crews have built a dam downstream of the accident with a filter cloth to prevent any of the substance from getting into the Bow River, said spokesman Bill Hunt.

Samples of the fly ash have been sent to a lab to determine how much heavy metal it contains — information that will help officials plan further remediation, he said.

The Transportation Safety Board has said fly ash is not classified as dangerous under the Dangerous Goods Act.

The only rail car yet to be removed from the creek contains soybeans, officials said.