Snowmobiling and backcountry skiing are the leading causes of avalanche deaths but researchers say the fatality rates are on par with other day-to-day risks and have been decreasing as Canadians grow more educated of the dangers.

The first avalanche death of the (unofficial) new millennium came 17 days into January of the year 2000, when a woman and her common-law husband were backcountry skiing with their dog on Tent Ridge in Alberta's Kananaskis Country.

All three were swept up by an avalanche strong enough to destroy a small house, but the husband managed to cling to a tree and later locate his 22-year-old partner using an avalanche beacon. She was declared dead at the scene.

"She had been partially buried by debris and had suffered trauma and was pulseless when he dug her out," reads an incident report recorded by the Alpine Club of Canada

Since then, there have been hundreds more people killed by avalanches in Canada, the most recent being the five Albertan snowmobilers who died on Mount Renshaw near McBride, B.C., last Friday.

On the surface, these numbers may make activities like mountain snowmobiling and backcountry skiing seem like exceptionally risky forms of recreation.

Indeed, those two pursuits make up the bulk of avalanche deaths in Canada, representing 40.3 per cent and 28.9 per cent, respectively, of the fatalities on record since the winter of 1999/2000.

This interactive graph shows the number and proportion of avalanche deaths by year and activity type. Click on different years to see data for a given winter season. (Using the CBC app? Click here for a mobile-friendly version.)

But just how dangerous is backcountry recreation?

"It's a difficult question to answer," admits Karl Klassen of Avalanche Canada, who has spent 37 seasons in the backcountry, himself.

For the uninitiated, Klassen says it's a "totally natural" response to look at those who would venture out into avalanche terrain on sleds or skis as reckless, even crazy.

"A lot of people are afraid of what they don't know," he says. "They're just aghast that anyone would expose themselves to the risk of an avalanche in the mountains, voluntarily."

At the same time, Klassen notes, many of those same people have become "incredibly hardened to extremely high risks" in their day-to-day lives, such as highway driving at speeds of 120 km/h or more.

By contrast, he says many experienced skiers and mountaineers — the kind who obsess over snowpack analysis and rigorous evaluation of overhead hazards — feel the opposite, as they sense they have "way more control over risks in the backcountry than they do driving the highway."

While it's hard to read too much into the highly variable, year-to-year fluctuations in avalanche deaths, the long-term trend is slightly downward over the past 15 years.

The last five full years on record saw an average of 9.8 fatalities per year.

For the five years before that, the average was 14.2, and the five before that saw an average of 15 people killed by avalanches annually.

Over that same time, it's believed the number of people venturing out into avalanche terrain has surged immeasurably.

While it's hard to get hard data for a lot of areas, there is some enumeration of backcountry use. The number of backcountry permits issued in Glacier National Park, for example, increased 124 per cent between 2009 and 2012, alone.

"Anecdotally, we're quite certain that backcountry use has not just risen but has probably skyrocketed in the past 10 years," Klassen says. "I wouldn't be at all surprised if some places were seeing 10 or more times the traffic than they've seen in the past."

"That means there is a significant decline in the rate of fatalities, which tells me that something is working here."

The number of avalanche deaths each season has varied greatly this century, ranging from as low as five in the winter of 2012/13 to as high as 29 in 2002/03.

That was the winter that saw two high-profile avalanches, just weeks apart, each killing seven people. 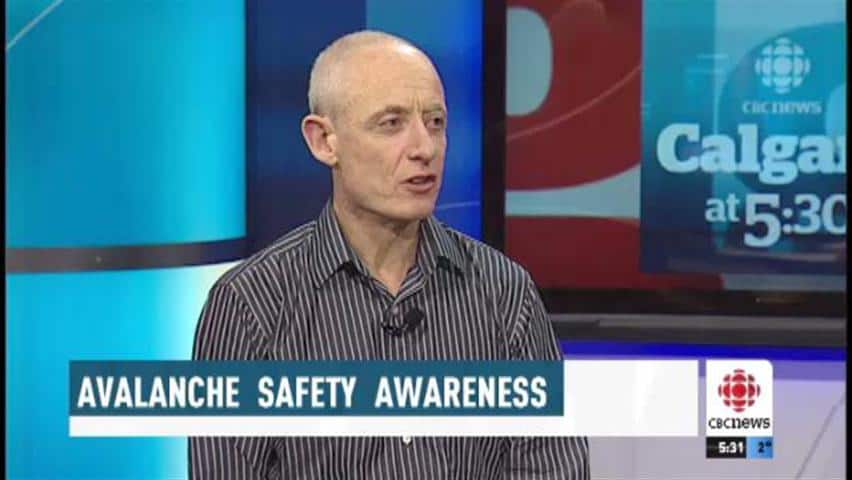 8 years ago
3:19
The avalanche program co-ordinator at the University of Calgary's Outdoor Centre talks about avalanche safety. 3:19

The first of those slides, on the Durrand Glacier near Revelstoke, B.C., counted well known snowboarding pro Craig Kelly among its victims. The second, near Rogers Pass in Glacier National Park, claimed the lives of seven Calgary-area teenagers who were backcountry skiing as part of a school trip.

The incidents made headlines around the world and galvanized Canadian efforts to reduce the chance of similar tragedies in the future, according to avalanche researcher Albi Sole, who headed up the public avalanche awareness program at the University of Calgary's Outdoor Centre.

"It really focused public attention on avalanche risk and it mobilized a lot of resources, both private and public, to develop the systems that we have now," Sole told CBC News on the 10th anniversary of the 2003 incidents.

An upshot of that has been a growing interest in — and availability of — avalanche-training courses.

More than 7,000 Canadians have enrolled in Avalanche Skills Training (AST) I or II courses each year for the past three years, according to Avalanche Canada.  That compares to about 4,000 people taking the courses in the 2006/07 season.

"The rate of avalanche training in Canada is extremely high," Klassen says.

"I talk to my colleagues in Switzerland and Austria and the U.S., and everybody's going: 'You have how many people taking avalanche courses each year? That's astonishing.'"

Sole says many Canadians are developing a healthy "respect" for avalanches that perhaps wasn't as strong in the past.

"We're seeing more people in the back country, which is a good thing, but less people are getting caught (in avalanches), because they're being more respectful," he says.

"That's exactly what we want to see."

Sole also emphasizes that the relative risk from avalanches is on par with other, more common activities that kill people virtually every day.

"Drownings are actually far more common," he notes. "Going out into the wilderness carries about the same risk as being a motorist, but that's a risk that society accepts."