Veteran war correspondent Arthur Kent has won his defamation lawsuit against Don Martin and Postmedia and was awarded $200,000 in general damages.

'He suffered substantial distress and damage as a result of the defamatory factual statements,' says judge

"Its continued availability and the potential for it to be viewed online until November 2012 caused significant ongoing stress to Mr. Kent," wrote Strekaf in her 60-page decision.

"He suffered substantial distress and damage as a result of the defamatory factual statements in the article that were not saved by the defences of justification or responsible communications on matters of public interest."

Kent — who was nicknamed the "Scud Stud" for his reporting for the American network NBC during the Persian Gulf War — has waged a prolonged lawsuit against Don Martin, Postmedia and the National Post over an article written during his bid for a seat as a Progressive Conservative in the 2008 Alberta election.

Then National Post columnist Martin wrote an article about Kent's campaign in the riding of Calgary-Currie. In the column, he referred to Kent as the "Scud Dud."

"I'm feeling a measure of vindication," Kent told reporters after the decision was handed down in Calgary Wednesday.

"Truth still matters in journalism — and isn't that good news."

He said balance also matters, even on the internet.

Kent said Canadians should feel comforted that if someone publishes something that affects their reputation, and it's untrue, they have options if the publication refuses to address the situation for years even after being contacted.

He also thinks it's a win for reporters.

"No genuine journalist will be anything but reassured and encouraged by this court decision," he said. 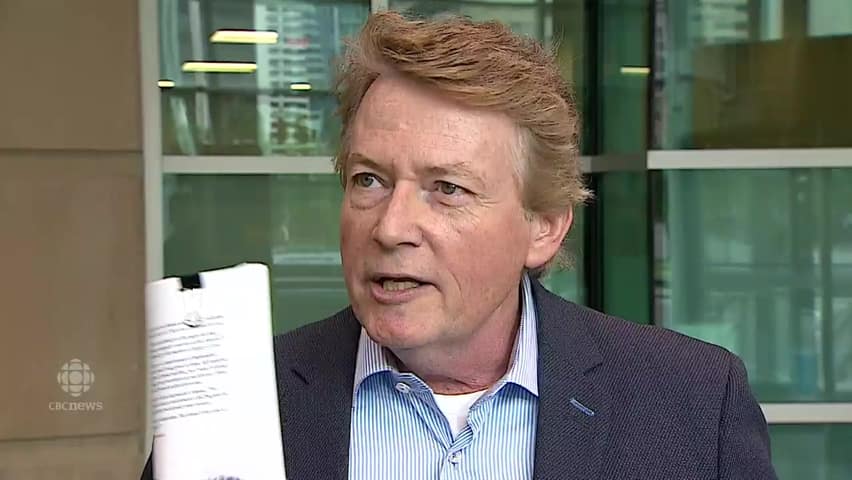 4 years agoVideo
1:02
Veteran war correspondent Arthur Kent has won his defamation lawsuit against Don Martin and Postmedia and was awarded $200,000 in general damages. 1:02

No chance to respond, finds judge

Kent's statements of claim say he was described in the column as having an oversized ego and an unorganized and incompetent campaign. He claimed that article injured his reputation, character and credibility.

"The overall tenor of the article is that Arthur Kent is a politically naive arrogant has-been journalist with a huge ego whose election campaign is in disarray and who is doomed to become an ineffective MLA if elected," wrote Strekaf.

"The damage was also exacerbated by the exaggerations and sarcastic tone in the article, by aspects of Mr. Martin's conduct and by the unfairness to Mr. Kent from Mr. Martin's failure to provide him with an opportunity to respond prior to publication of the article."

Strekaf also found that Martin should have given Kent the opportunity to respond to the article.

"Both the National Post and Calgary Herald refused to publish Kent's rebuttal to the article," reads the decision.

"There was no attempt to address any of these concerns with Mr. Kent, or to provide him with an alternative opportunity to respond to the article."

Postmedia said it is "currently reviewing the decision" and would not provide a comment.

Other articles posted in the preceding days were more balanced, Strekaf found.

"I find that the article, when read as a whole, would cause right-thinking members of society to think less of Mr. Kent."

Another issue with the article was that it appeared on page three of the Herald under "Top News" rather than on an editorial page.

The trial was held by judge alone after the jury was dismissed in November, with the judge citing "inflammatory" and prejudicial remarks made by Kent's lawyer.

The matter of legal costs has not yet been settled. If the parties can't work it out themselves, they can provide written submissions to the judge within 45 days