Alex Radita died and was resurrected by God the day before paramedics found his severely emaciated body in the family's home, his parents told church members in the hours before 911 was called.

Alex Radita died and was resurrected by God the day before paramedics found his severely emaciated body in his family's home, his parents told church members in the hours before 911 was called.

Rodica and Emil Radita are on trial for first-degree murder after their 37-pound, 15-year-old son was found dead in his bed. 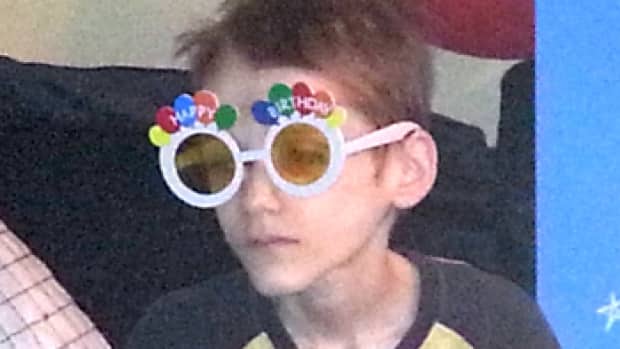 CBC News: Calgary6:06911 call from Radita trial
Audio of a 911 call placed by Emil Radita after his son, Alex , had stopped breathing. The audio was entered into evidence at the murder trial of Emil and his wife Rodica.

"He died last night and in the morning, after night, [Rodica] see the child breathing and blink eyes," Marius Ciltan said he was told when he visited the Radita home on May 7, 2013.

"[Rodica] says last night the child had died and in the morning he rise up."

Ciltan, a member of the Romanian Pentecostal Church, also told Justice Karen Horner that after Alex's death, Emil told him he believed doctors in British Columbia, where the family lived before moving to Alberta in 2009, caused Alex's diabetes by giving him insulin.

"The doctors abused the child in the hospital," Ciltan said Emil told him.

That's why the family decided to treat Alex at home, according to Ciltan.

Alex was diagnosed with diabetes at age three when the Raditas lived in Surrey, B.C., and was hospitalized three times before social services seized the boy for a year because his parents refused to accept his diagnosis and treat him.

It was around 11 a.m. on the morning of May 7, 2013, that Ciltan testified he was called by another member of the church who said Alex had died and been brought back to life by God.

After speaking with Emil, Ciltan headed over to the Radita home where he says he prayed with Rodica and the seven other Radita children before asking to see Alex.

When he entered Alex's room, he says he asked Rodica if the boy was alive.

"He was looking very bad," said Ciltan. "I was shocked."

Ciltan said he left the Radita home with some of Alex's siblings to go to church where they prayed and then brought about 15 members back to the home for more prayers.

The elders asked to see the child and then told Emil to call 911, according to Ciltan.

Prosecutor Marta Juzwiac asked Ciltan if members of his church sought medical attention when they were ill.

The witness before Ciltan, Eunice Pop, was another member of the church and was friends with some of Alex's sisters.

Shortly after Alex died, one of his sisters told Pop that he had cancer. But on Thursday, the medical examiner testified Alex did not have cancer.

On a visit to the Radita home around March or April of 2013, Pop described seeing Alex walk down the stairs "snail slow" using the railing. She testified that he had a hole in his neck, swollen legs and looked sick.

As part of Pop's cross-examination, Rodica's lawyer Andrea Serink asked if she had seen any photos of Alex since his death.

She admitted she might have heard about the hole in his neck after reading media stories about the trial.

The Court of Queen's Bench judge-alone trial is in its 7th day and is set to last several more weeks.

The Crown's final witness on Friday is a third member of the Raditas' church.