Albertans give the most money to charity

A new report by the Fraser Institute on charitable giving found Albertans give the most money to charity. 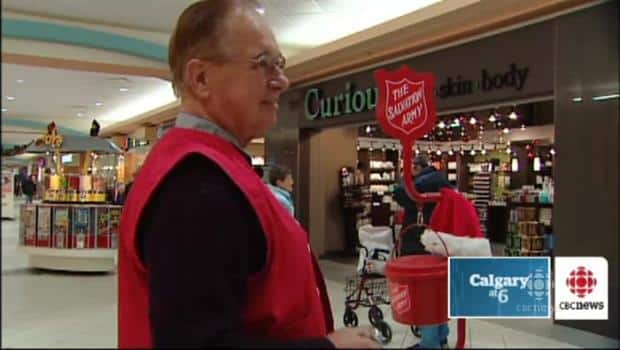 7 years agoVideo
2:28
A new report by the Fraser Institute on charitable giving found Albertans give the most money to charity. 2:28

A new report by the Fraser Institute measuring charitable giving found Albertans give the most money to charity, but don't rank as high when it comes to the percentage of their incomes donated.

Below are the average donation amounts ranked from highest to lowest.

Source: Fraser Institute, Generosity in Canada and the United States

The report, titled Generosity in Canada and the United States, looked at 2010 tax returns to track how much money people give to charities. However, the head of one Calgary charity says the report might not be showing the whole picture when it comes to charitable giving.

"People might be donating all kinds of things that we're not capturing," said Katherine Van Kooy, executive director at the Calgary Chamber of Voluntary Organizations. "There are lots of people who are quite generous or donate quite regularly. For example, they buy food and put it in bins to donate at the Food Bank. You don't get a charitable donation [receipt] for that."

According to the report, the average charitable donation made by Albertans during the 2010 tax year was $2,289, which is more than residents of any other province.

However, Albertans ranked third when it came to the percentage of their incomes donated to charity.

On average, Albertans donated 0.81 per cent of their income compared to Manitobans, who ranked first among the provinces at 0.92 per cent.

Between 2000 and 2010, Alberta also saw the smallest drop in the extent of their donations among the provinces and territories.

The biggest drops in giving were in Ontario, Prince Edward Island and Saskatchewan, where donations dropped by 11.5 per cent, 10.3 per cent and 8.8 per cent respectively.

The Fraser Institute suggests Canadians are less generous than Americans, based on the number of people donating and the amount of individual donations.

On average, Americans also gave 1.38 per cent of their income to charity compared to Canadians, who gave 0.66 per cent.