Alberta's oilpatch breathed a sigh of relief at the minimal changes contained in the results of the royalty review announced by Premier Rachel Notley, while Wildrose Leader Brian Jean and other opposition members were less than effusive. 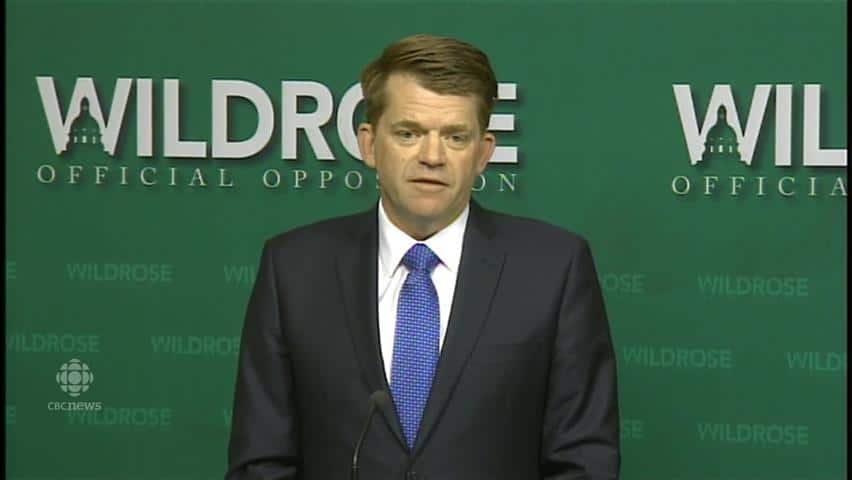 5 years agoVideo
1:36
Brian Jean says the royalty review findings prove the NDP got it wrong about the oilsands, and needlessly created instability in Alberta's economy. 1:36

Alberta's oilpatch breathed a sigh of relief at the minimal changes contained in the results of the royalty review that Premier Rachel Notley announced Friday, while opposition parties raised concerns.

"We, as an industry, are pleased," Greg Stringham, vice-president of markets and oilsands with the Canadian Association of Petroleum Producers (CAPP), said of the report, which he described as "very balanced."

"It has validated the fact that the oilsands royalties are collecting what is appropriate for Albertans and the framework is one of the best in the world," Stringham added.

Wildrose Leader Brian Jean was less effusive in his praise for the report, but did say he was relieved that the government decided against making major changes to Alberta's royalty structure.

"The NDP proved themselves wrong," Jean said, referring to the party's previous assertions that the government wasn't getting a fair cut of resource revenue, which formed the basis for launching the review in the first place.

Jean described the whole review process as a waste of time that "sent shock tremors all through the industry and all through the capital markets" and ultimately "punished" Albertans by making job losses worse during a period of crashing oil prices.

"She's been saying for seven or more years that Albertans are not getting their fair share and (now) she's come to the conclusion that she's been wrong the entire time," McIver said. "And she has been wrong, right up until now."

Liberal Leader David Swann, by contrast, said he was disappointed the review didn't go further in reshaping the structure of Alberta's royalties.

"The most glaring omission is the complete absence of any kind of incentive for environmental improvement by industry," Swann said in a release.

"Under this new royalty system the government is rewarding the environmental status quo. Alberta's energy industry is innovative and they deserve the opportunity to be rewarded for improved environmental practices. This is particularly prevalent in the decision to ignore the oilsands royalty process completely."

'Much ado about nothing'

Dale Lunan, editor of Oil Week magazine, said the outcome of the review process ended up to be "much ado about nothing."

"I don't know that the premier had a whole lot of room to manoeuvre on this," he said. "Prices being what they are, the industry is in the tank now and I'm certain that she wasn't prepared to send them further into the tank with any drastic changes."

The oilpatch should be encouraged by the conclusion of the review, according to Oilsands Review editor Deborah Jaremko.

After the NDP's election victory last May, Jaremko said the industry has been dealing with "two major layers of uncertainty" as it awaited the government to act on its campaign promises of new carbon pricing and the royalty review.

Calgary Mayor Naheed Nenshi says now that the review is in place, it ends a period of uncertainty.

"They have really attempted to strike a balance between ensuring that the citizens that own the resource are adequately compensated," Nenshi said.

"But that we have enough incentives in place to have more investment in the oil and gas sector."

Some details still to come

Darren Gee, chief executive of Peyto Exploration and Development, said the royalty review was "long in words and short on numbers," but on the whole he was encouraged by what he read in the report.

"It's hard to assess the impact directly on our economics without the numbers, but the general strategy of the review looks positive," he said.

"The direction that the panel was going with the recommendation looks positive; they look to reward the efficient, lower-cost producers in the industry, but the devil will be in the details."

Save for a "calibration period" over the next two months to fine tune some of those details, CAPP's Stringham said the industry is largely reassured by having the review process now settled.

"It actually provides the certainty and predictability in a relatively timely manner," he said.