The provincial government says it is creating one single energy regulator in order to make the regulatory system in Alberta more efficient. 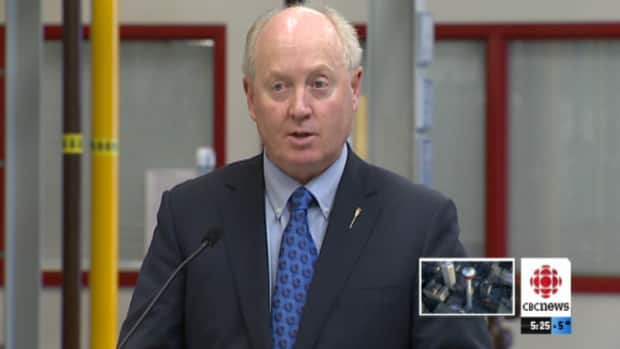 8 years ago
1:29
Alberta will establish 1 regulator for the provincial energy industry. 1:29

Alberta Energy Minister Ken Hughes announced Wednesday in Calgary that the province will establish one regulator for oil, gas, oilsands and coal in the province.

The new arm’s-length body will take over the regulatory functions of the Energy Resources Conservation Board, Alberta Environment and Sustainable Resource Development.

"This new system will be more effective and efficient for industry and landowners," said Hughes.

The agency will be governed by a board of directors and a chief executive officer. The provincial government expects the new regulator will be operating by June 2013.

The change to a single regulator is included in Bill 2, the Responsible Energy Development Act.

The proposed legislation also includes higher fines for individuals and companies who break the law.

And it will allow landowners to volunteer to register for private-surface agreements, which can then be enforced.

A copy of the draft legislation can be found at www.assembly.ab.ca.